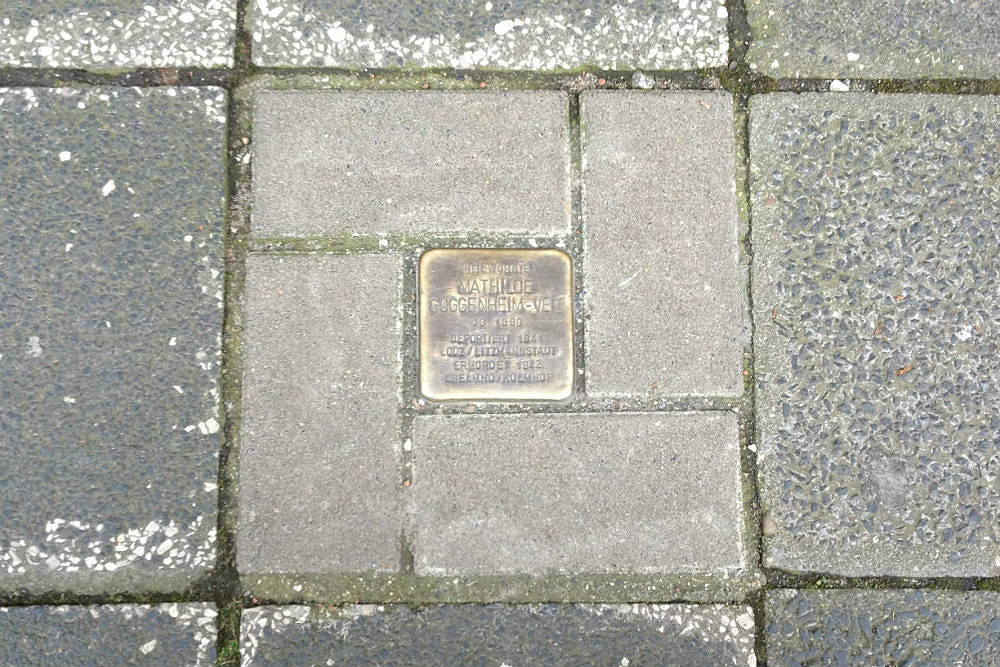 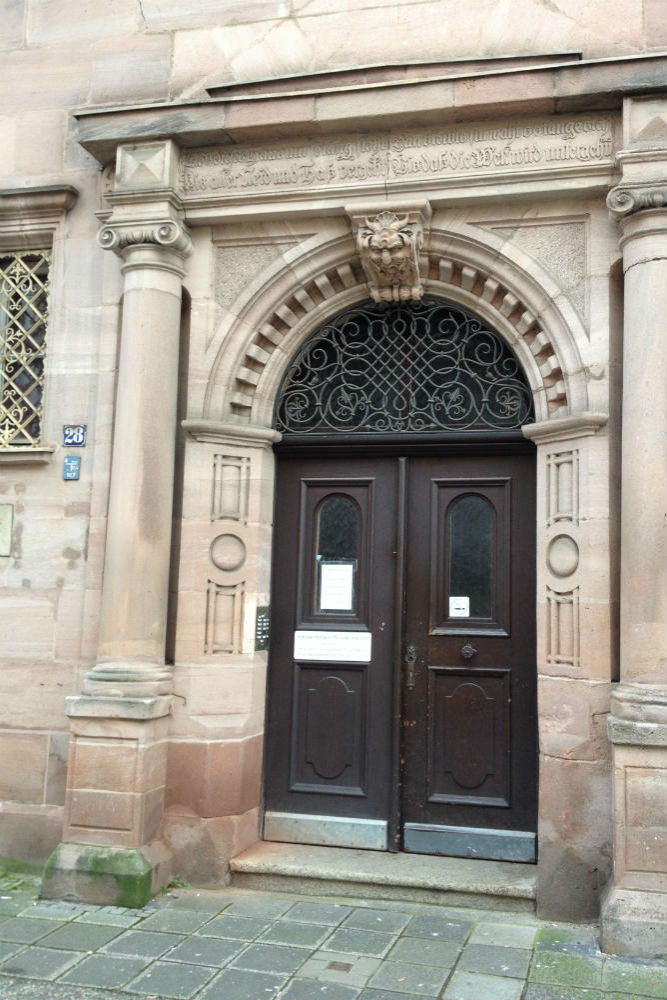 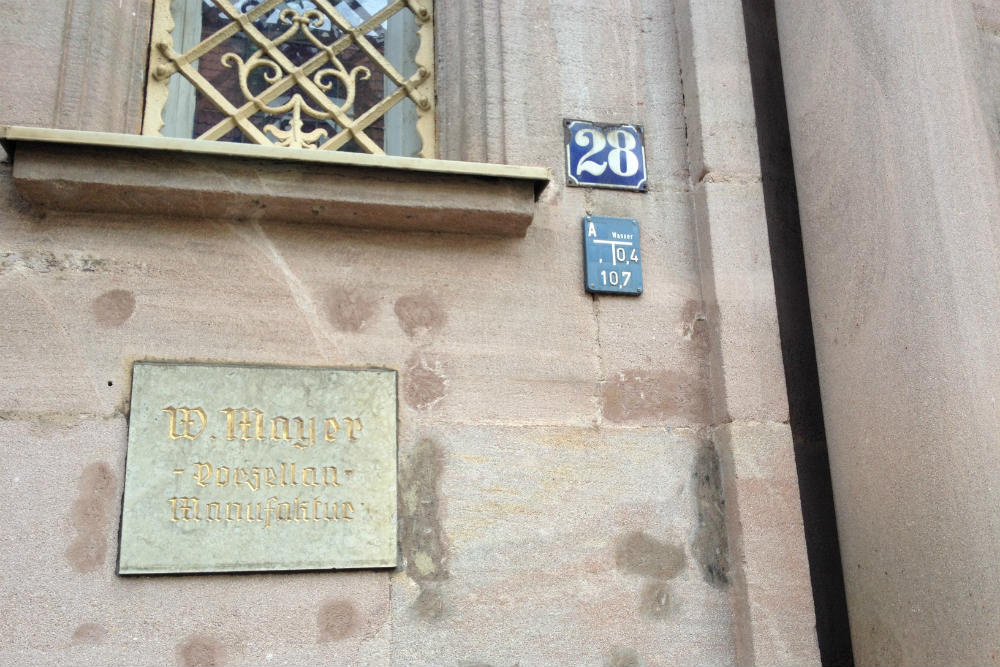 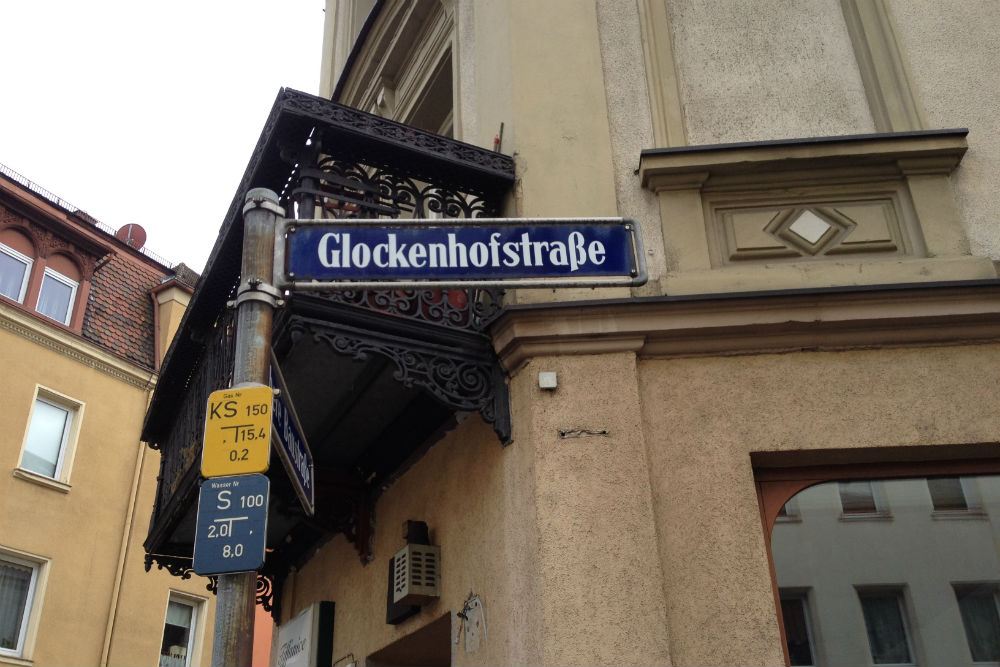 Mathilde Veit was married to Karl Guggenheim (10 years older). Both were born in Baden-Wurttenburg, but no other information about them was found except for the names of his parents and siblings, two of whom died before WW1.

The plaque below the window of this building says in old Gothic script: W. Mayer - Porzellan Manufaktur (Porcelain Manufacturer).