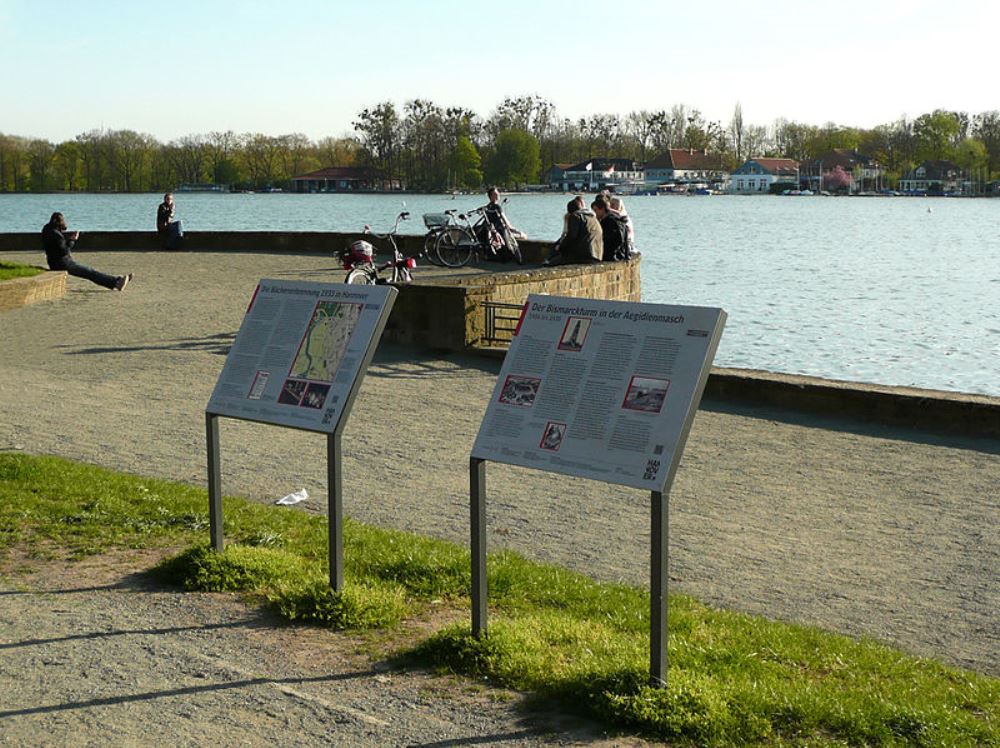 From 1904 to 1935, a Bismarck-tower stood here. It was demolished with the construction of the Maschsee. This was also the location where the book-burnings of Hanover took place by the Nazis.
The Bismarck-tower commemorated Otto von Bismarck-Schönhausen (1 April 1815  30 July 1898). He was one of the most prominent European statesmen of the nineteenth century. He served as Prime Minister of Prussia from 1862 to 1890 and was involved in three wars including the Franco-Prussian War (1870-1871). He used the Franco-Prussian War to engineer the unification of Germany. Thereafter, he served as the first Chancellor of the German Empire from 1871 to 1890.