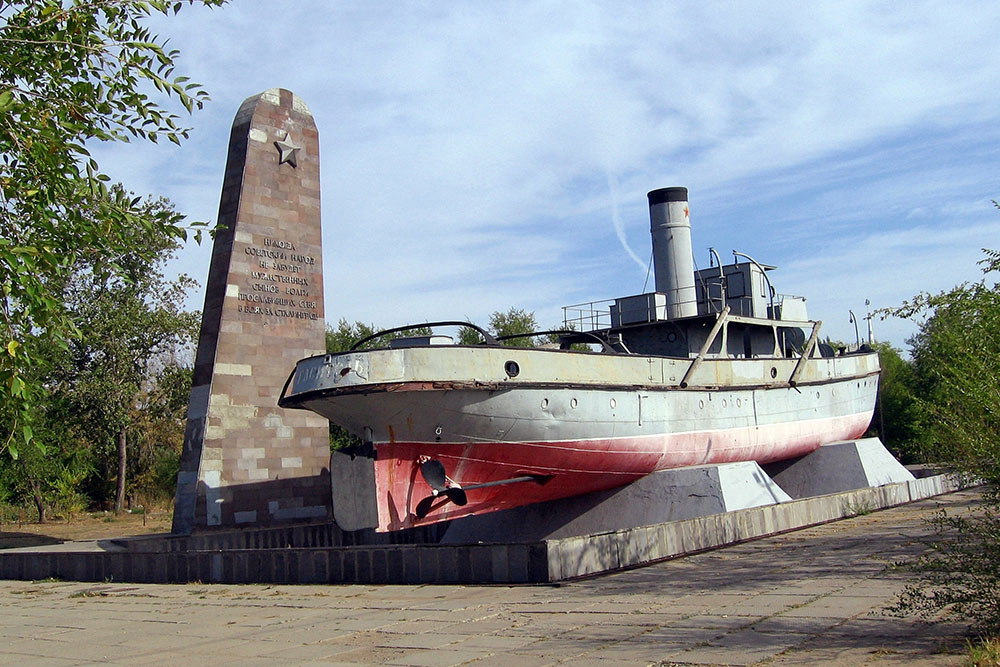 This steamship played a key role in the battle of Stalingrad, bringing supplies and people across the Volga. She was several times damaged during her work and eventually sunk in October 1942. The ship was repaired in the spring of 1943 and remained in service untill 1947. It became a memorial in 1977.

The text on the granite memorial stone reads:

"Eternal fame to the river boats and firefighters of the Volga-bassin - heroes of the Civil War, defenders of red Tsaritsyn. Never will the Soviet nation forget the brave sons of the Volga, who exceeded in the fighting for Stalingrad."