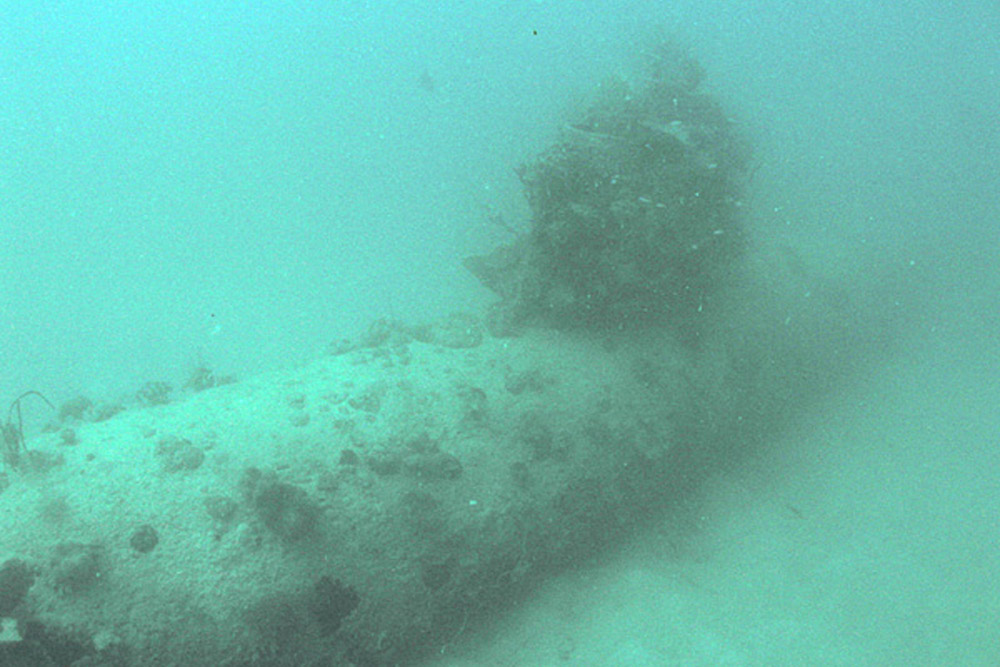 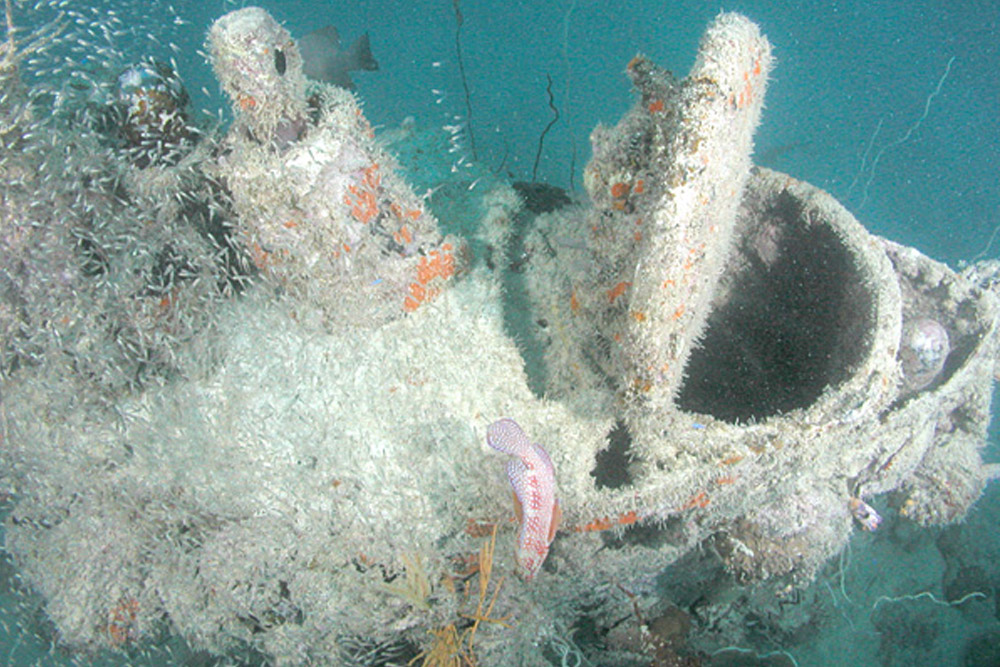 This HA-52 Type B midget submarine was towed by the Sanko Maru on 16 February 1944, when they were attacked by B-25 Mitchells. The Sanko Maru was scuttled and the submarine damaged. The next day it was again attacked and claimed as sunk. Its only crew member (Lieutenant Nishi Hitoshi) escaped and survived the war.