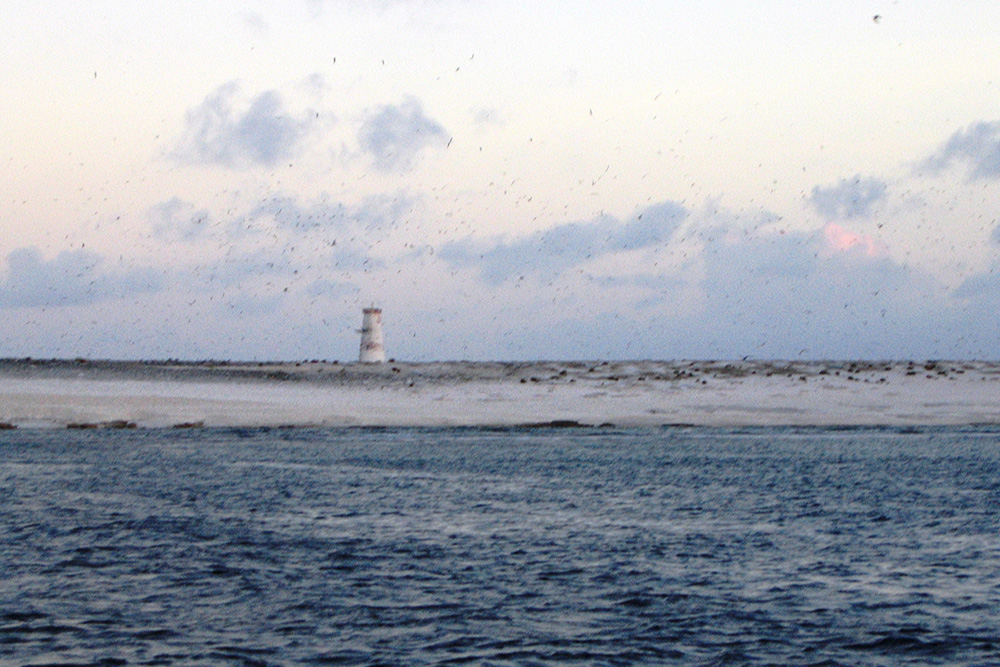 This island was shelled by both the U.S. Navy as the Imperial Japanese Navy during the Second World War, leaving many craters to see.

A litte known incident took place here in December 1941. A Japanese submarine surfaced off the west coast of the Island. Believing that it was a U.S. Navy submarine which had come to fetch them, the four young colonists rushed down the steep western beach in front of Millersville towards the shore. The submarine answered their waves with fire from its deck gun, but no one was hurt in the attack.