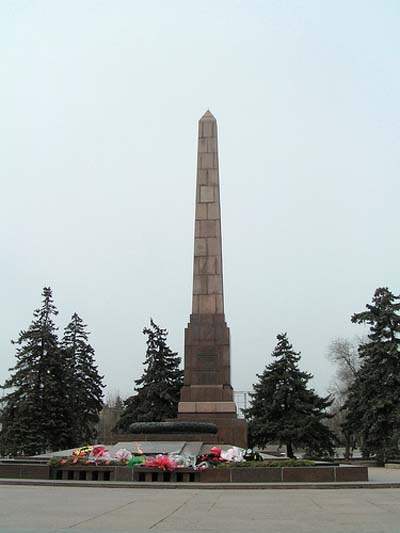 This mass grave contains the remains of more than 100 Red Army soldiers and officers, who fell in the battle of Stalingrad. The text on the memorial reads:

"Here are the soldiers of the 62th and 64th Army buried - heroic defenders of the city, who died a heroic death during the battle of Stalingrad in 1942-1943."