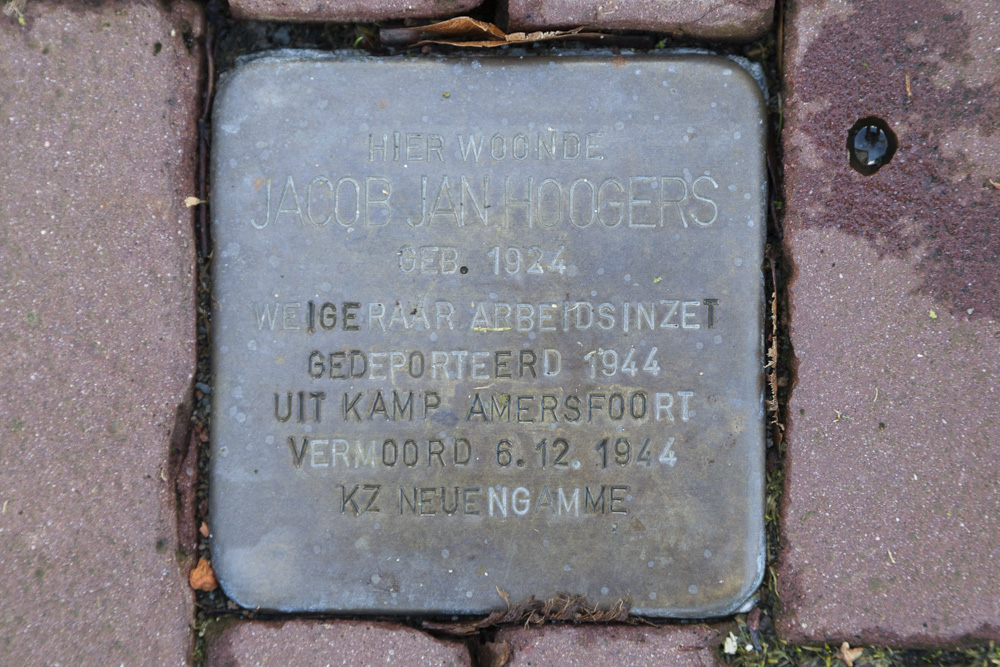 Jacob was born in Hattem on 3-1-1924 as the son of Jan Rutger Hoogers (postman), b. 23-5-1889 in Hattem and Johanna Borst, born 21-4-1891 in Hattem. He had a sister Barta Hermina b. 19-7-1922. d. in Zwolle on 9/18/2000 and a brother Jan Rutger born. 10-10-1927, d. before 1994 or he has left the Netherlands.
He was a furniture maker vgl. Burg. stand Hattem (see below death certificate) and employee at the PTT. He was evangelical by faith and unmarried.
He lived at Dorpsweg B 124, which was later renumbered to no 7. He was previously arrested by the land guard in Hattem and transported to Camp Erika in Ommen on August 12, 1944 because of forging an identity card. Presumably to avoid forced labor deployment. He was then registered at Camp Amersfoort block 10 on 18-8-1944. He stayed there until September 8 and had camp no. 5634.908349083
He was then transported from Amersfoort to KZ Neuengamme (D) on September 10, 1944 and was assigned camp number 49083. Where he died at Hausdeich 60 on December 6, 1944. Cause of death heart failure. More than 600 men of this transport were in camp Husum-Schwesing.
On December 5, 1944 there was a sick transport from Husum to Neuengamme. Death after returning from such a transport was very common. After each return transport, there was a peak in the deaths of such a transport. After a few days that ebbs away. However, this cannot be stated with 100% certainty about him without further information. 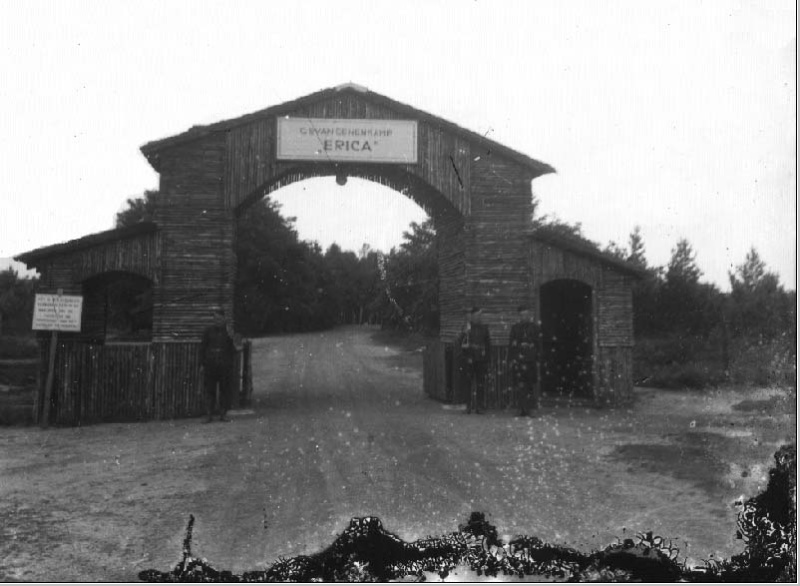