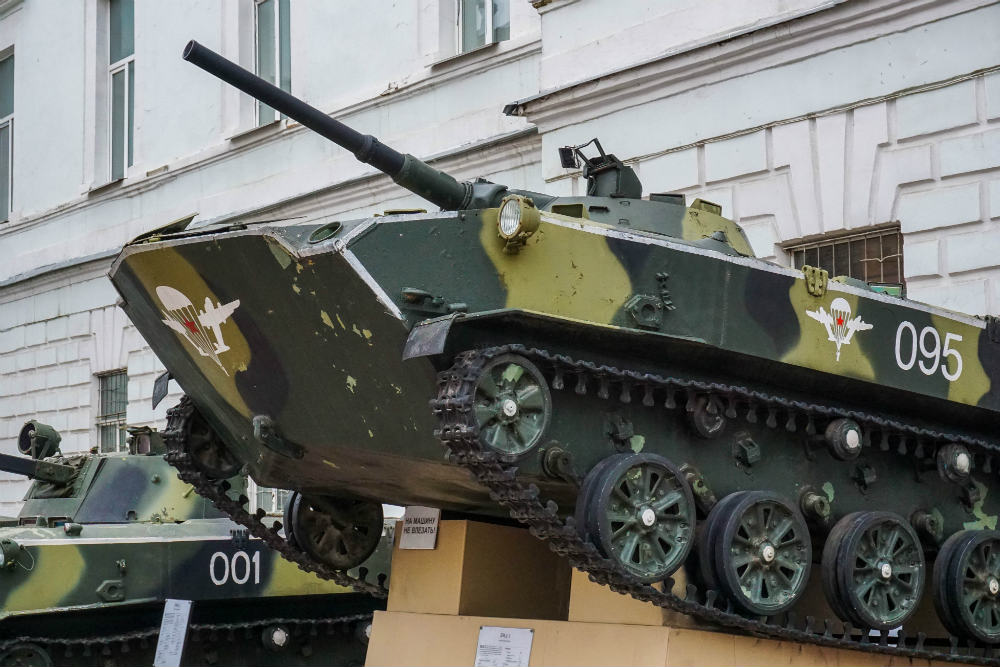 The decision to create the museum was made on 14 December, 1968 by the Minister of defense of the USSR Marshal of the Soviet Union Andrei Grechko, by the initiative of the commander of the airborne troops, army General Vasily Margelov. The museum was opened on 28 July, 1972, in the day of graduation of young officers of Ryazan Higher Airborne Command School.

The museum exposition is devoted to the creation, development and improvement of airborne troops, their participation in various wars, since the 1930s to the present time. The Museum funds contain about 80,000 items of Museum items, including the banners of airborne divisions and brigades participating in the great Patriotic war, military orders and medals of soldiers-paratroopers, samples of Soviet and foreign weapons, landing parachutes and parachutists equipment, personal belongings, archival documents, front-line Newspapers and letters. The Museum has a cinema hall, which shows videos about the history and combat training of the airborne forces.

Memorial of the Polish-Russian Brotherhood - Ryazan