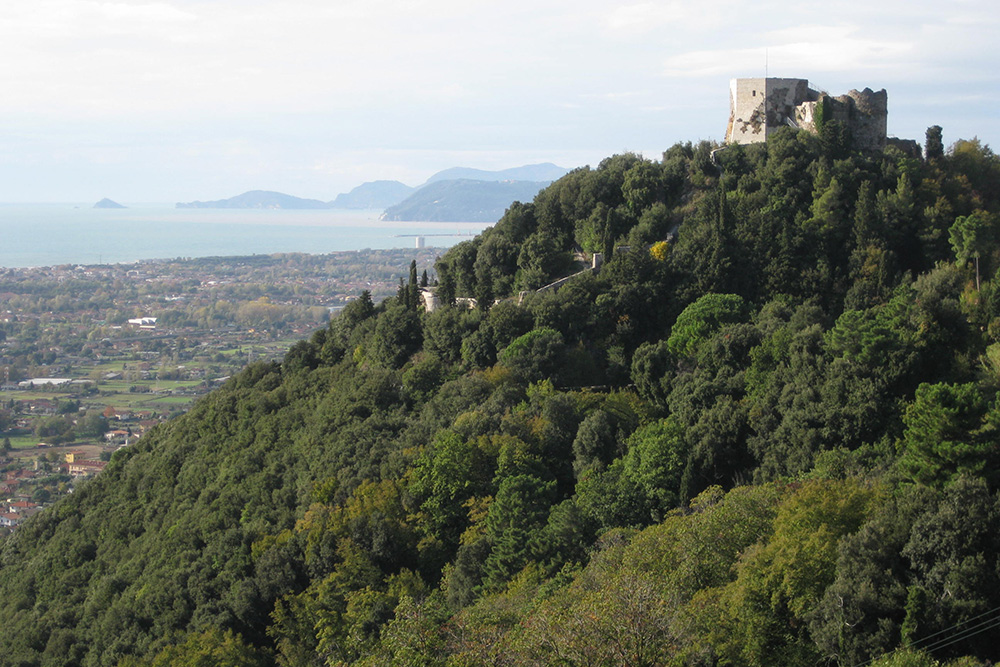 This castle was reinforced with a network of bunkers and trenches during the Second World War. The complex was the site of heavy fighting in April 1945.

At this castle, the actions of Lieutenant Vernon Baker led to him being the first living African American soldier from World War II to be awarded the Medal of Honor, the highest military honor in the United States.