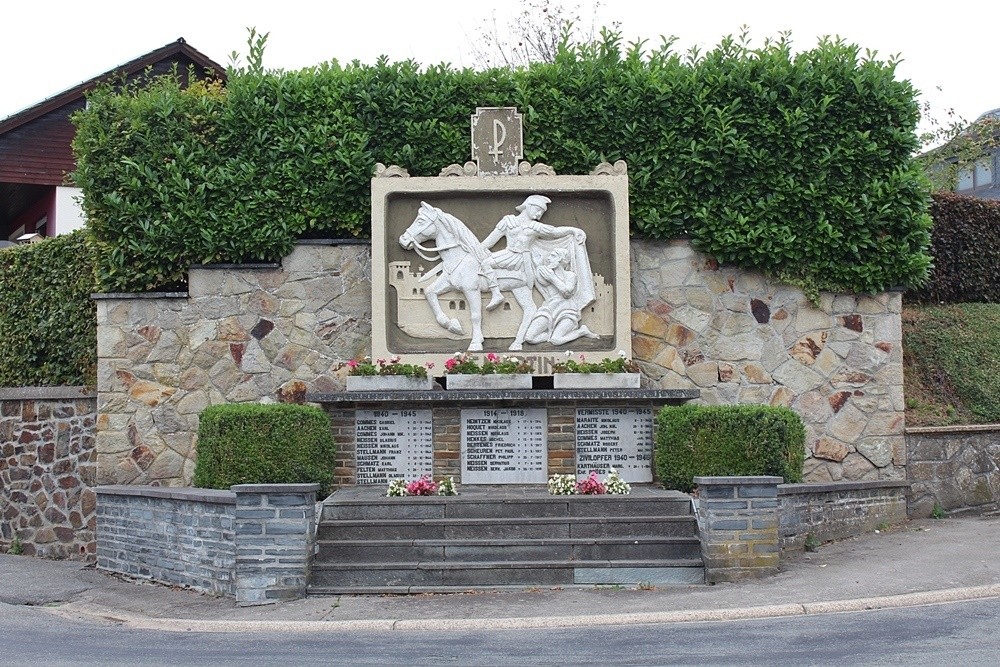 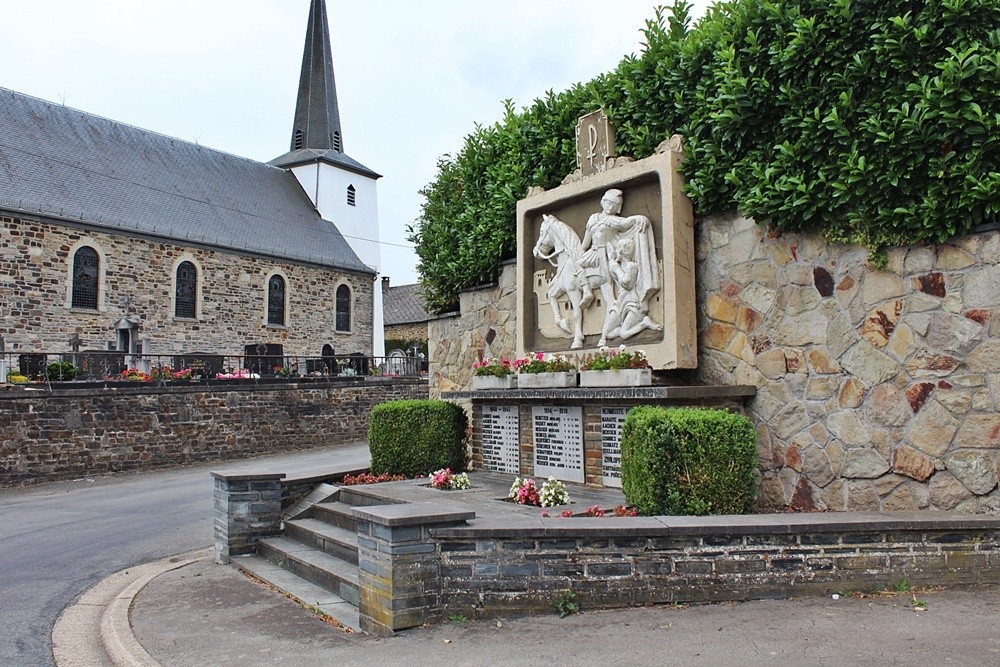 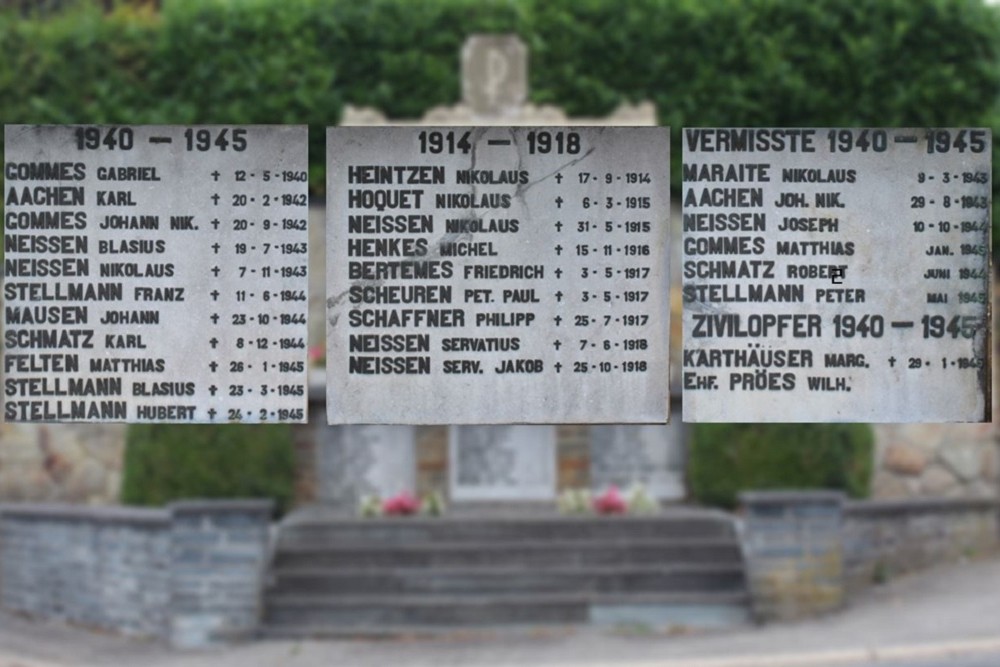 The War Memorial in Aldringen commemorates the victims who fell in the First and Second World War.

The monument shows great for a village that nowadays has barely 330 inhabitants. A stone wall was erected in a conspicuous place at a junction and in the shadow of the village church. Against this an altar was placed on which the plaques with the names of the victims of both world wars were placed.
During the First World War 9 soldiers died.
In the Second World War 17 soldiers and 2 civilians lost their lives. On the edge of the altar we read: Erected in honorable memory of your war victims by the thankful town of Aldringen.
A relief was placed above the altar table, depicting Saint Martin, patron saint of the parish.
The monument was officially inaugurated on October 18, 1959.