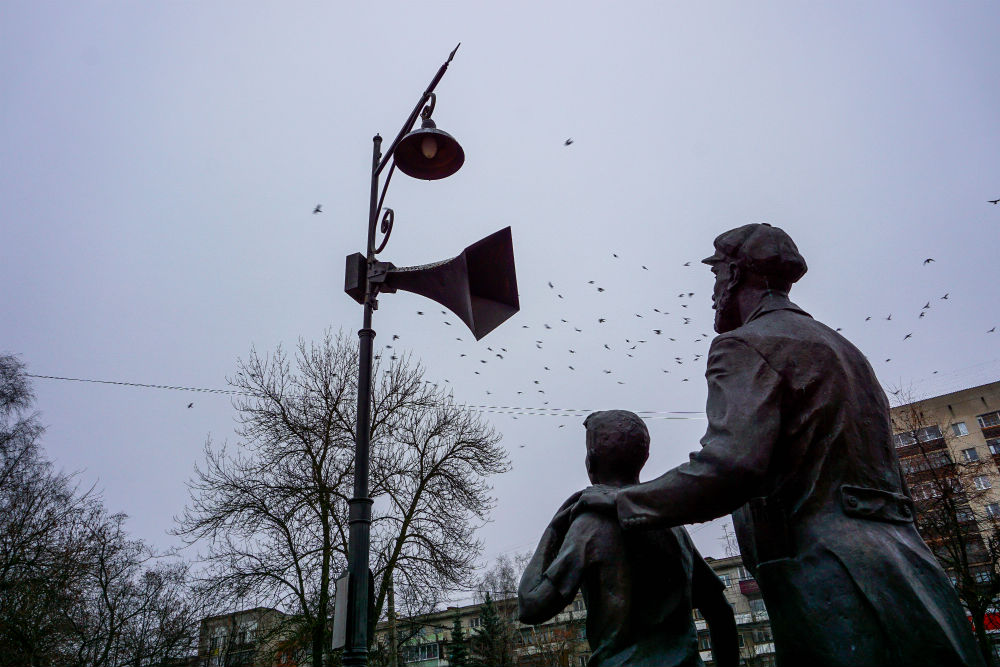 Yuri Borisovich Levitan was the primary Soviet radio announcer during and after World War II. He announced on Radio Moscow all major events in the 1940s60s including the German attack on the Soviet Union in 1941, the surrender of Germany on 9 May 1945, the death of Joseph Stalin, and the first manned spaceflight in 1961.

The sculptural composition is a pillar with a lantern and a loudspeaker, under it there are two figures: an old man and a child who listen to the voice from the loudspeaker. The loudspeaker actually broadcasts historical reports: the monument is equipped with an interactive radio system. Being next to the monument, with the help of a smartphone you can listen to fragments of radio performances of Levitan. The player built into the monument contains ten records.