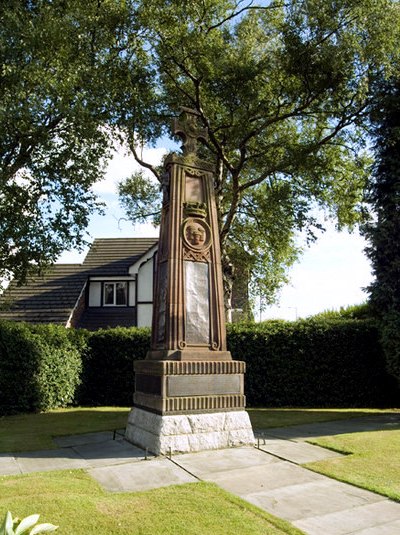 This memorial commemorates the residents of Cheadle Hulme who died in the First and Second World War. Sometimes also the names of those who died in other wars like peace operations are written on the memorial.