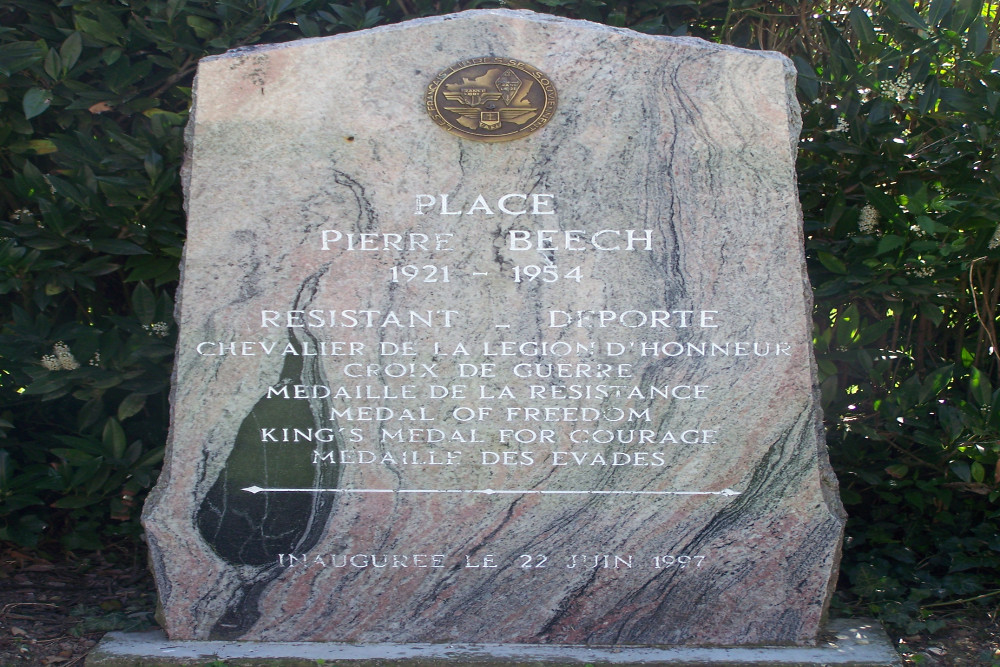 In the village of Feuillères on the Somme, just west of Peronne in France, is this monument in memory of Pierre James Henri Beech, born in this village.

In June 1940 he fled to London to join the 'Free French'.
On April 15, 1942, he was dropped in France. At the end of 1942, he was arrested and imprisoned at Fort de Montluc in Lyon. He flees via Barcelona, Madrid, Gibraltar and arrives back in London in February 1943.

He was once again dropped in France and arrested in the same year by the 'gestapo' and deported to Buchenwald and Dora, where he was liberated by the Russians on 3 May 1945.
He was later placed in Sousse Tunesie, where he acquired the rank of 'Capitaine' in 1953.
On 07-08-1954, at the age of 33, he was killed by a 'fellagha' (a North African freedom fighter).