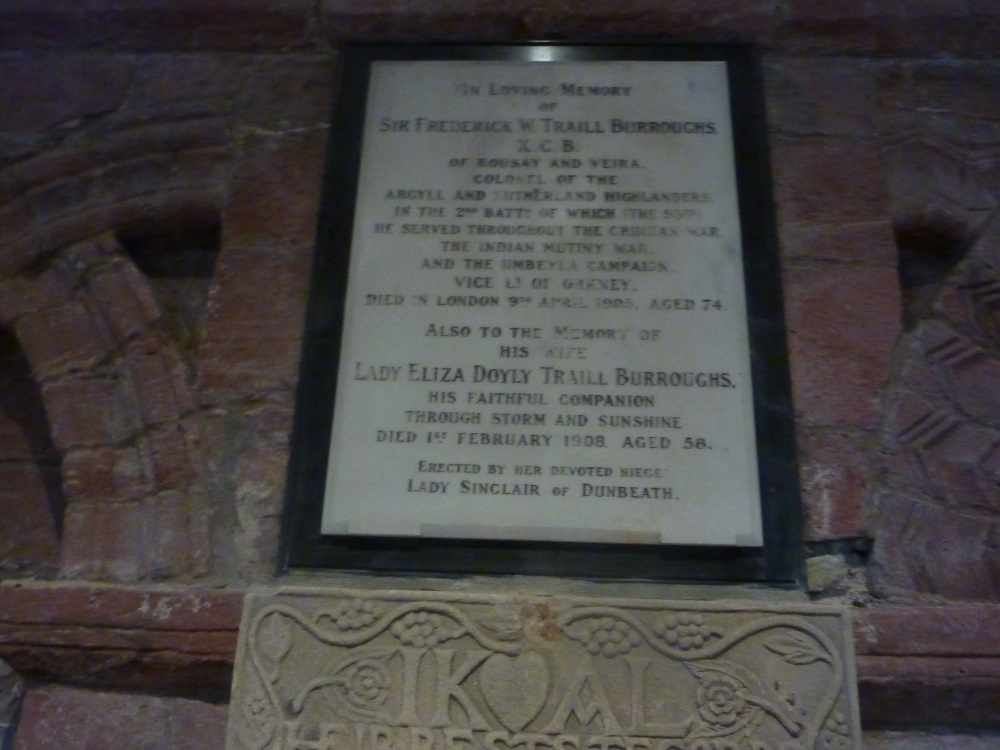 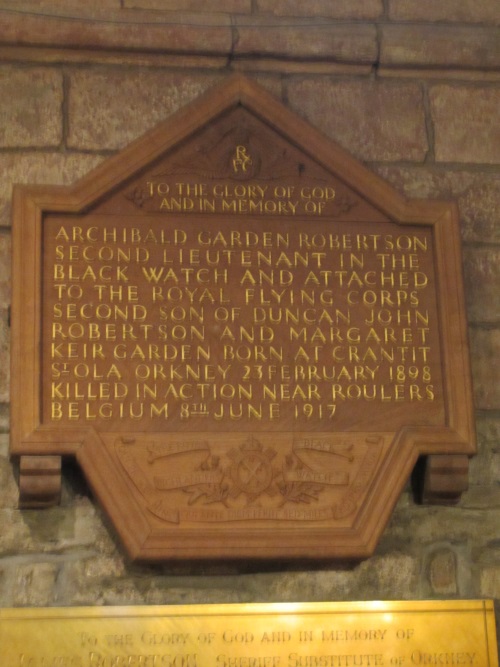 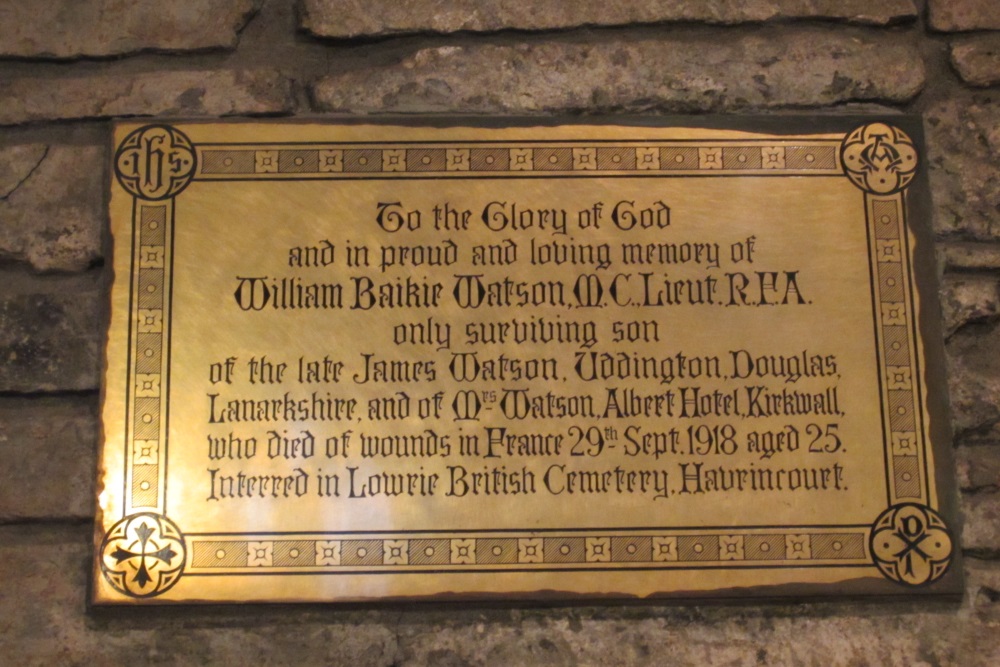 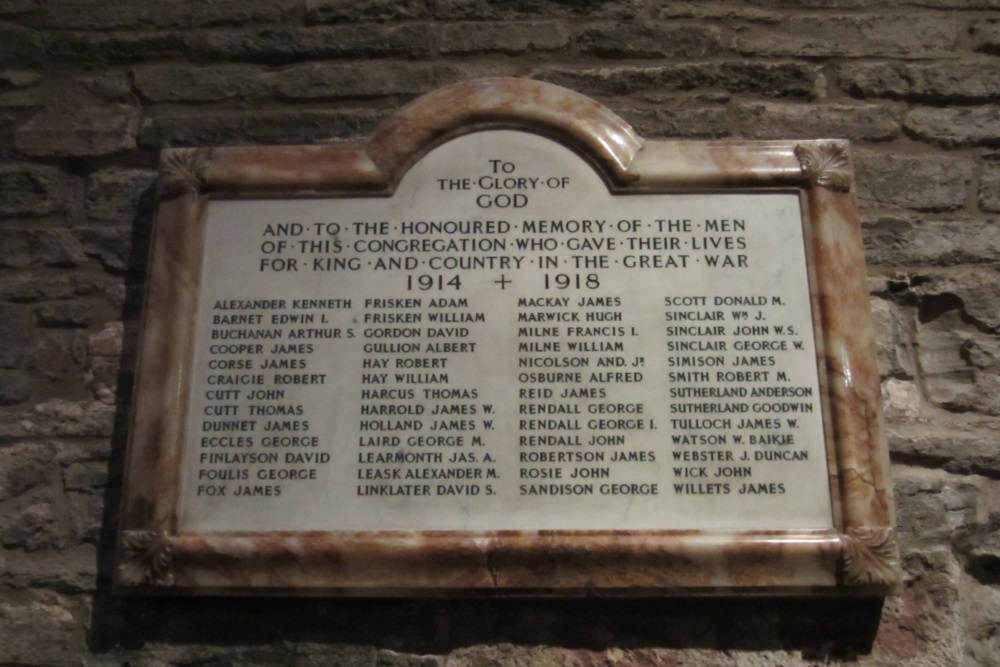 These plaques are dedicated to:

Sir Frederick Burroughs who served his country in the Crimean War (1853-1856).

Archibald Garden Robertson, who was killed in action on 8th June 1917. He has no known grave, and is commemorated on the Arras Flying Services memorial.

William Baikie Watson who died of wounds received in France.

To the Glory of God and in proud and loving memory of William Baikie Watson, M.C., Lieut. R.F.A. only surviving son of the late James Watson, Uddington, Douglas, Lanarkshire, and of Mrs Watson, Albert Hotel, Kirkwall, who died of wounds in France 29th Sept. 1918 aged 25. Interred in Lowrie British Cemetery, Havrincourt.

The men of the congregation who lost their lives in the First World War.