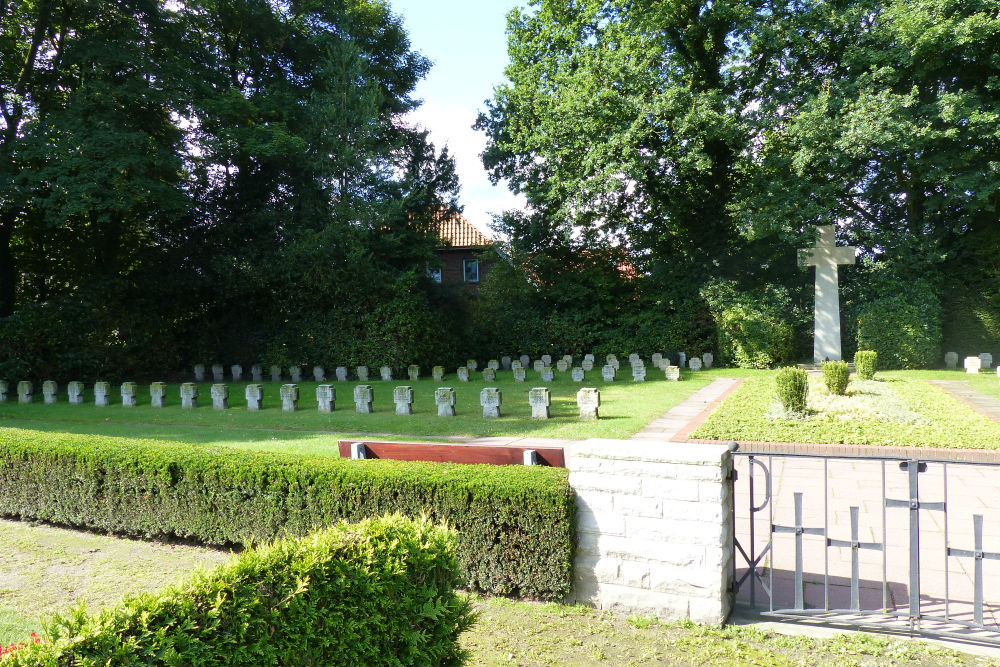 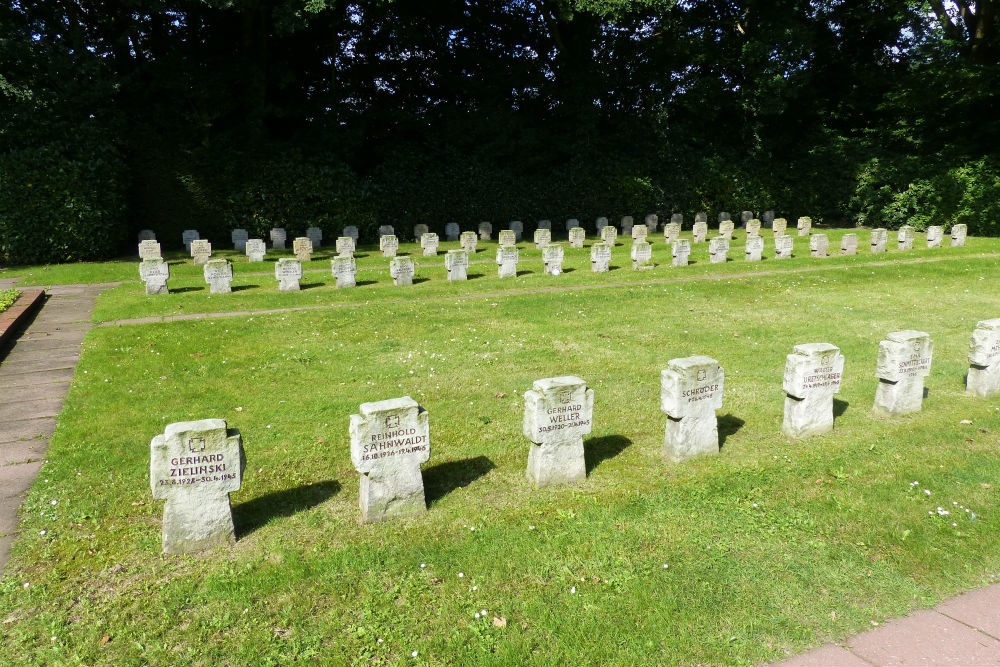 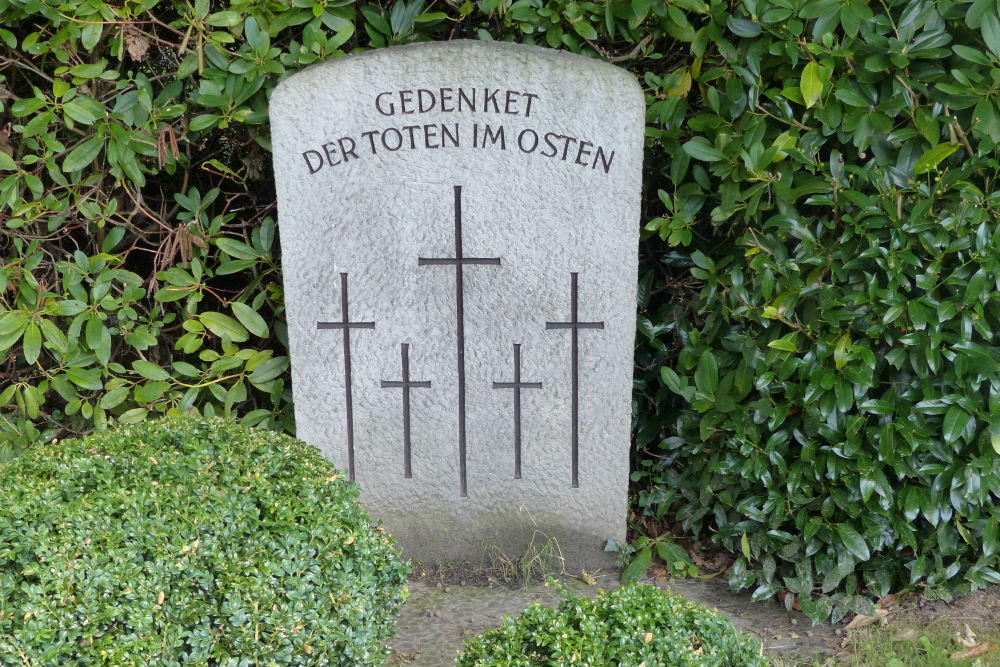 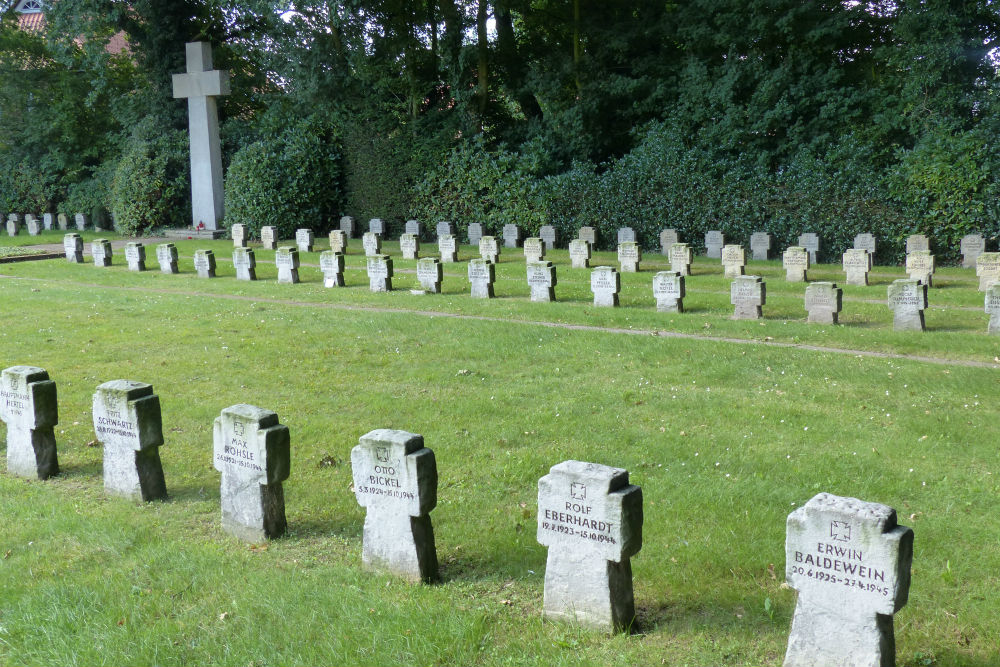 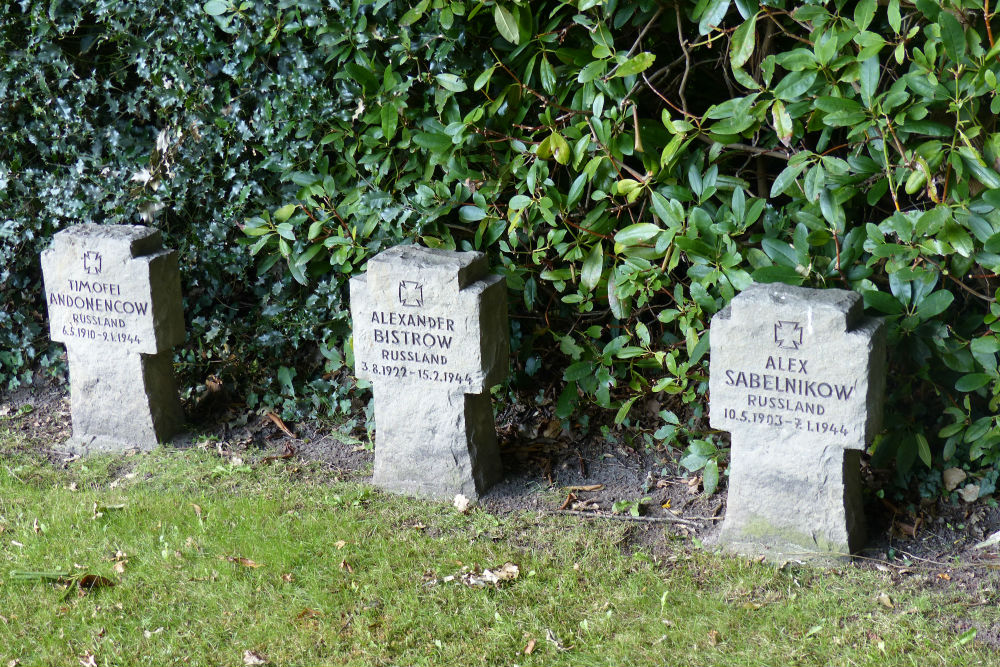 The military cemetery occupies a small area of the south-west corner of the larger municipal cemetery.

The cemetery contains 134 graves in 4 rows, divided into two halves by a central paved pathway leading to the Cross of Remembrance. The left hand section contains 56 graves (in rows of 20. 16. 10 &10) and 78 graves are on the right side (19. 20. 19 & 20). The back row of the right section contains graves of Soviets, Polish and Ukrainian soldiers, though they are not differentiated from the German graves apart from having their nationality recorded.

Each grave is marked by a short rough stone cross carrying the name of the deceased, their date of birth and their date of death. A military cross is inscribed at the top of each tombstone.
Several of the dead from 1944 were killed in air raids on the Bad Zwischenahn airfield (particularly several killed on the 4th November 1944), though the majority were soldiers who lost their lives in the fighting in late April 1945 during the advance of the Canadian army through the area.

The military cemetery also has a stone memorial commemorating those killed in the Russian campaign.