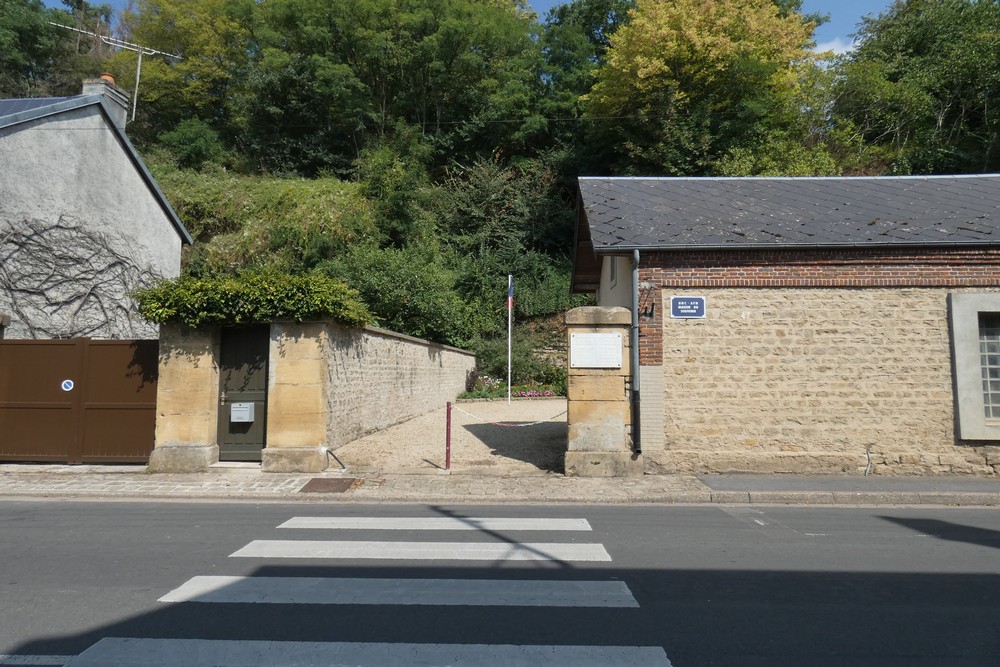 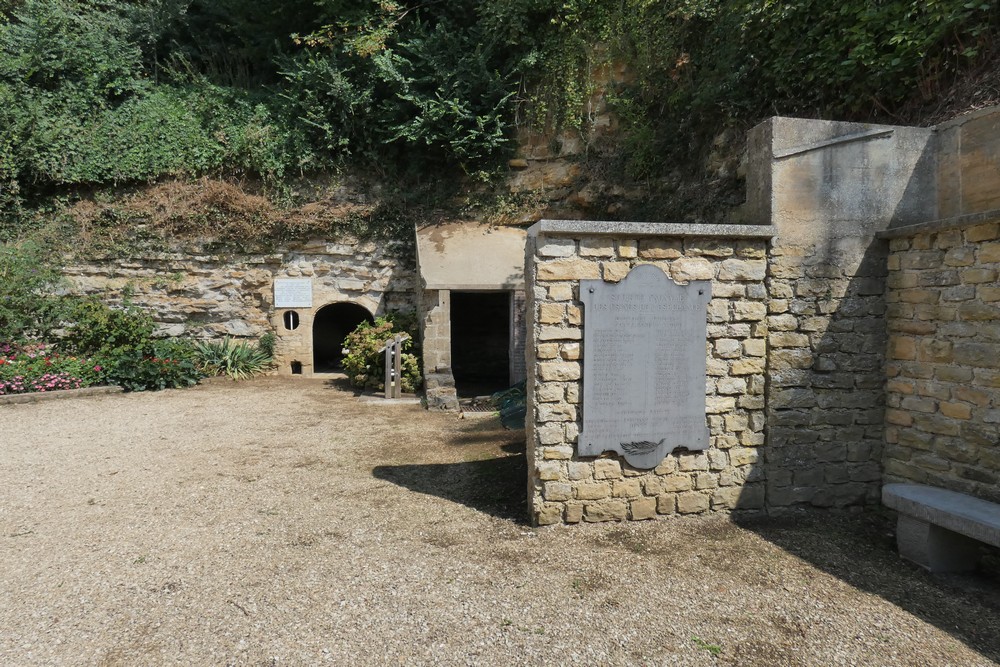 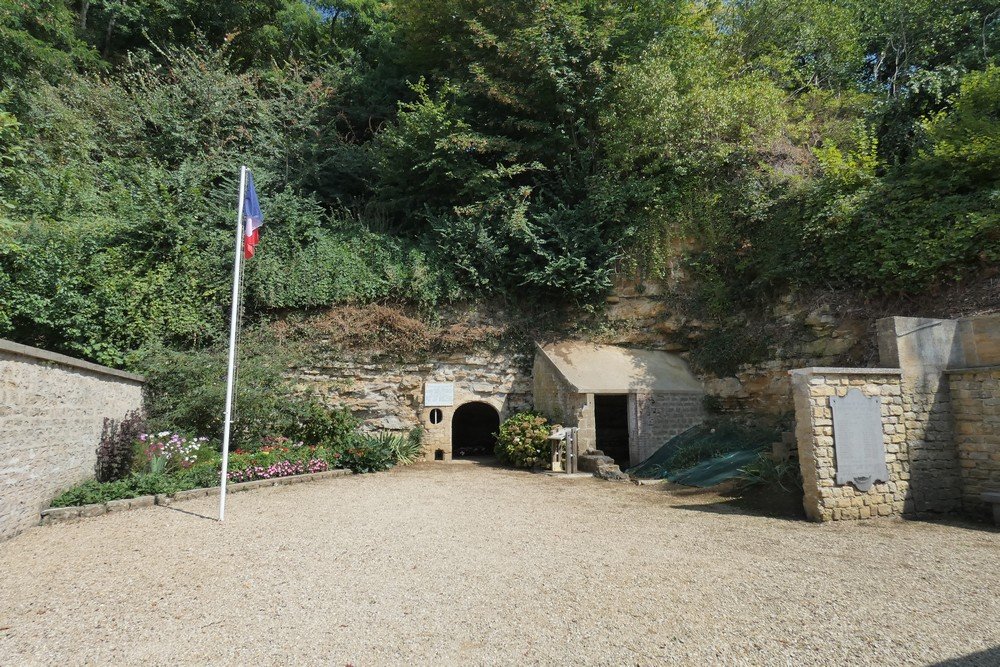 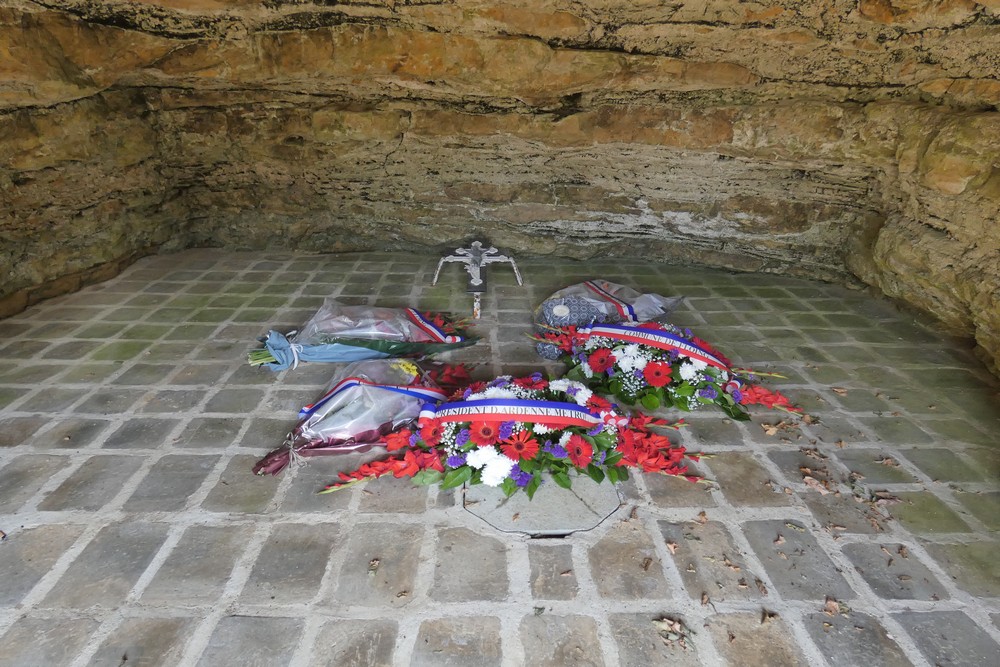 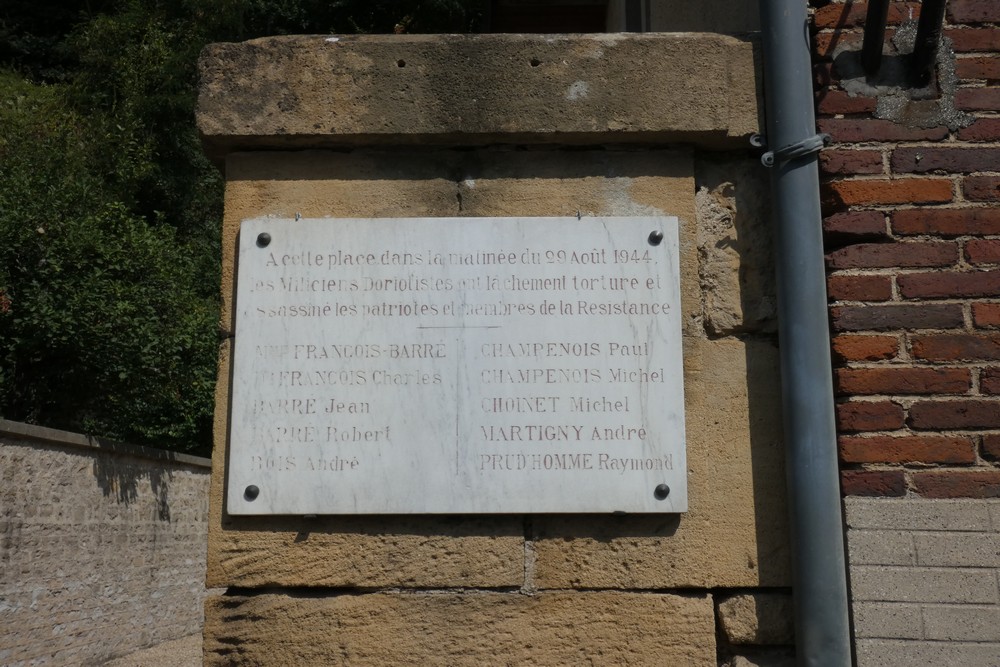 About two weeks before the liberation of Sedan by the American army, a group of French pro-Nazis came to Sedan on 22 August 1944, while the enemy was already retreating to Germany.
This time it was not the milice troops of Darnand, but troops of the Francisite (fascist) party with the fanatical and murderous leader Paoli, he was also responsible for the Gestapo of Bourges.
This party originated from the Francisite movement that was founded by Bucard.
One of the fascists of Paoli had a physical limitation, so that the fearful inhabitants of Sedan gave this group the nickname of "the mob of the hunchback".
These murderous fascists lured some resistance fighters into the trap: 19 resistance fighters were shot and 2 others were seriously injured.
This killing took two days, on 28 and 29 August. On August 28th, they shot down one country in the Givonne Valley one by one. Pierre Discrit was injured and managed to escape alone.
The 29th of August was even more horrible. At the Cave of Gaulier, 10 residents of Sedan were executed with a neck shot after being tortured.
One of the sadists even cut one ear from one of the victims and proudly showed it to the others.
The family of doctor François was exterminated: together with the doctor his wife also died, personally shot by Paoli himself, and two brothers-in-law Jean and Robert Barré.
An eleventh heroic victim, Georges Cablat, miraculously survived the massacre. He was slightly injured and fell down between the deadly victims and pretended he was dead too. Unfortunately, he still got badly injured because they fired a last bullet rain on the bodies to make sure everyone was dead.
Cablat was taken to a hospital and successfully operated by Dr. Martin. Then he went into hiding with a nun, who put his murderers on a wrong track when they were looking for him.
He survived the war, but he has never forgotten the image of how his best friend and colleague, Michel Choinet, was shot and fell on the ground just in front of him.
They worked in the same textile factory.