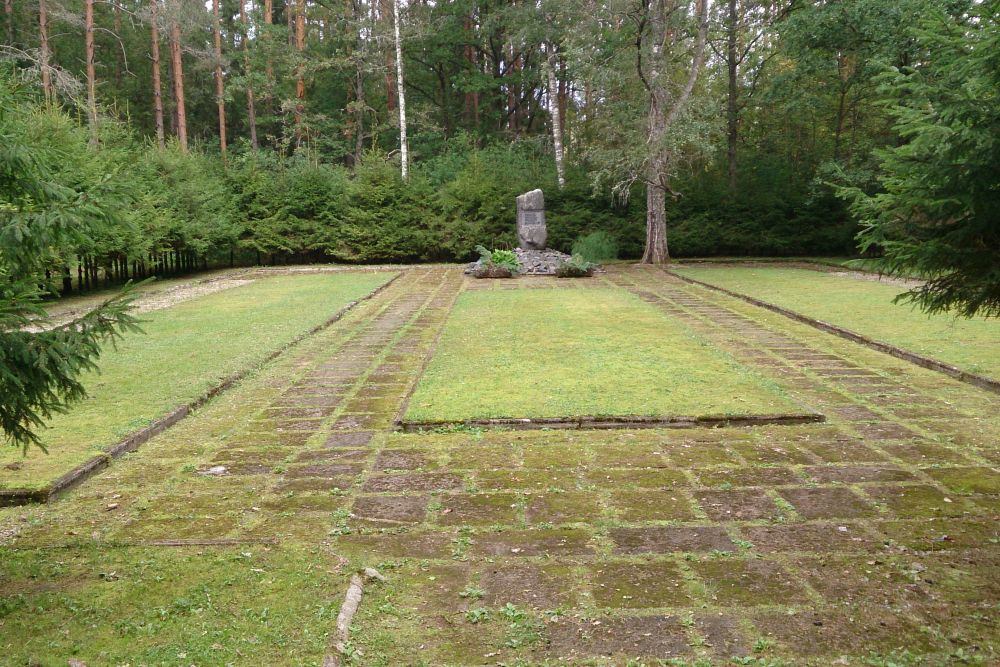 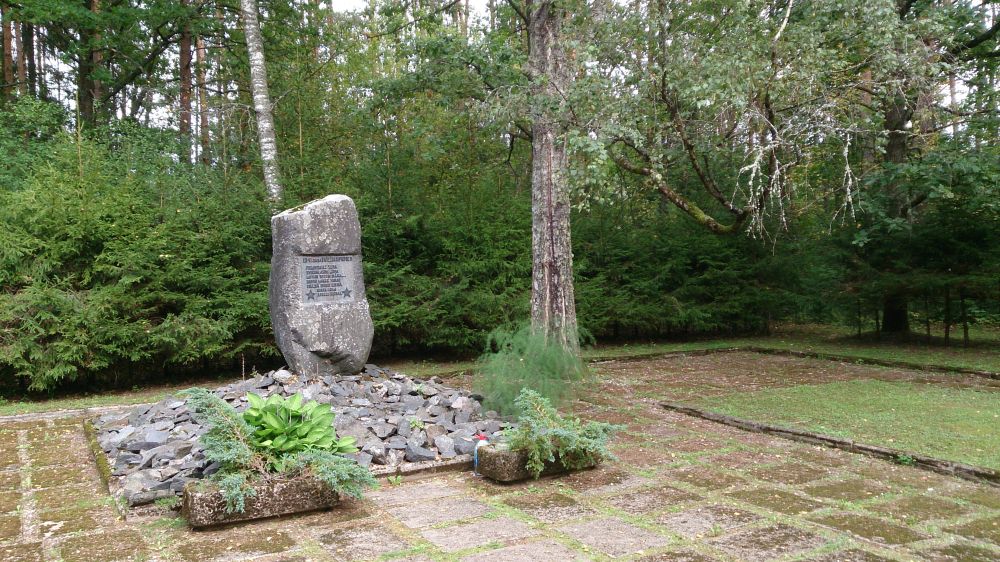 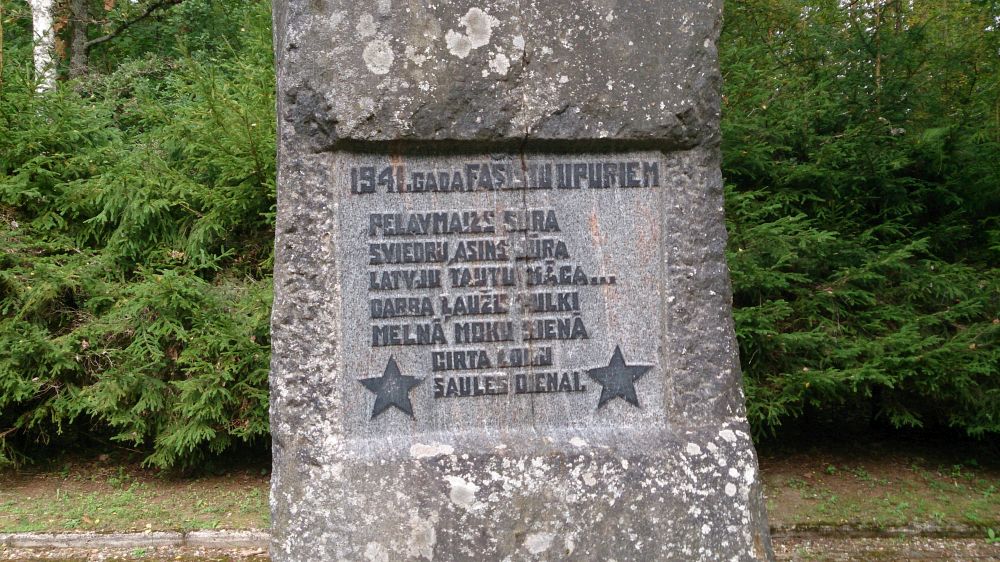 Just a few days after their arrival at Valmiera on 5 July 1941 the Nazis started to capture Jews. Approximately 3,000 of them were executed on this former shooting range during the same month or in August. The shootings were carried out by the Arajs Kommando (an unit of the Latvian Auxiliary Police subordinated to the German SD).and local police men. In 1948 a monument was unveiled here with the inscription in Latvian "to victims of fascism of 1941" and a poem.