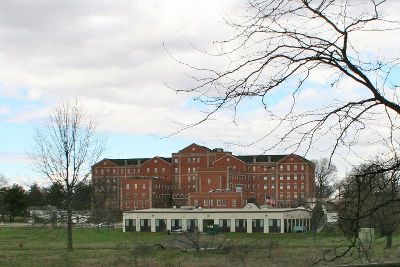 Fort Howard was built in 1896. A part was operational in World War I. In the Second World War, the fort was transferred to the Veterans' Administration, who build a large VA hospital in 1943. The army also remained active on the fort and about 200 Japanese and German POW's were interred in old army barracks.