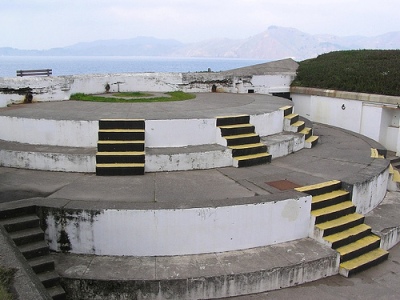 Battery Chamberlain was a part of Fort Winfield Scott, part of the harbor defense of San Francisco and was built in 1904. The battery was operational until 1948, when it was deactivated. During the Second World War, it was equipped with two 6" guns, which replaced the original guns which were transferred to France in 1918.

Nowadays the battery is open to the public. One gun, of the original type, is mounted.