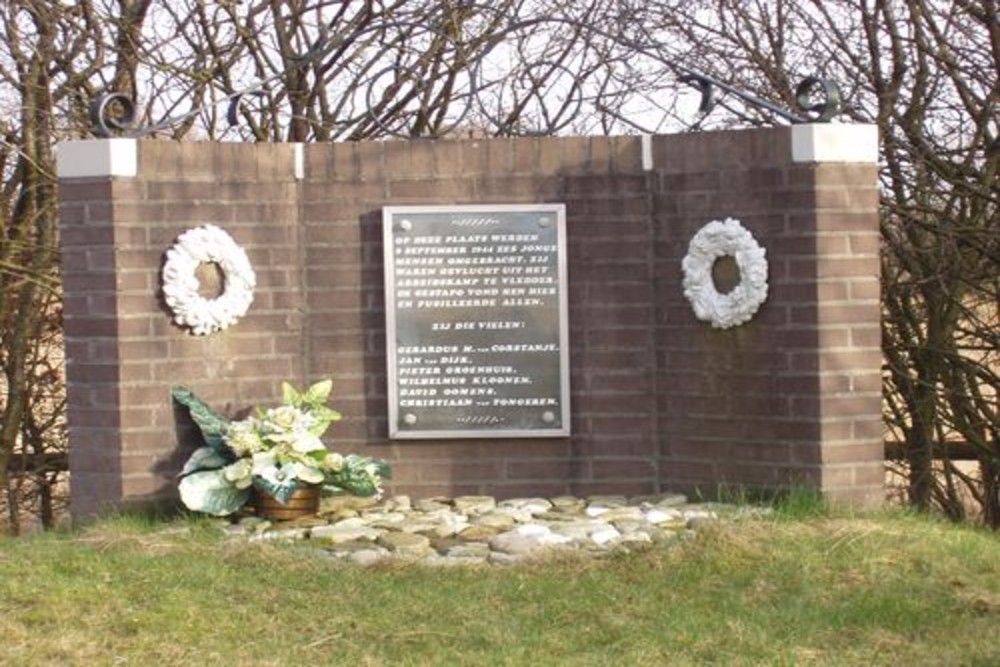 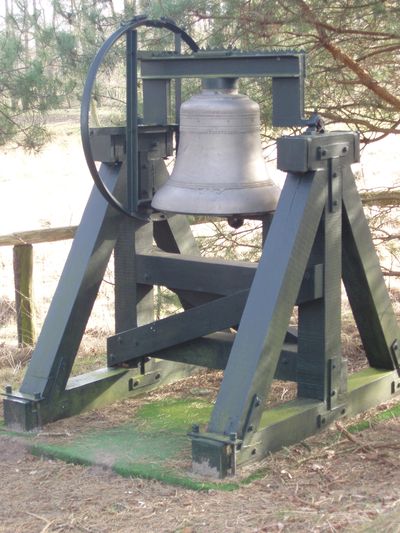 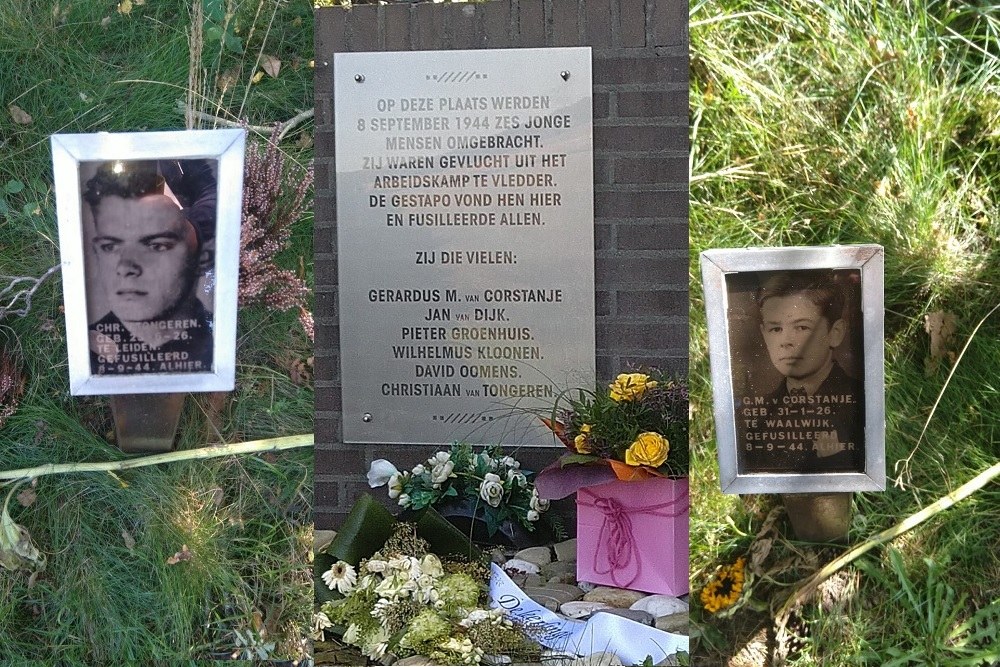 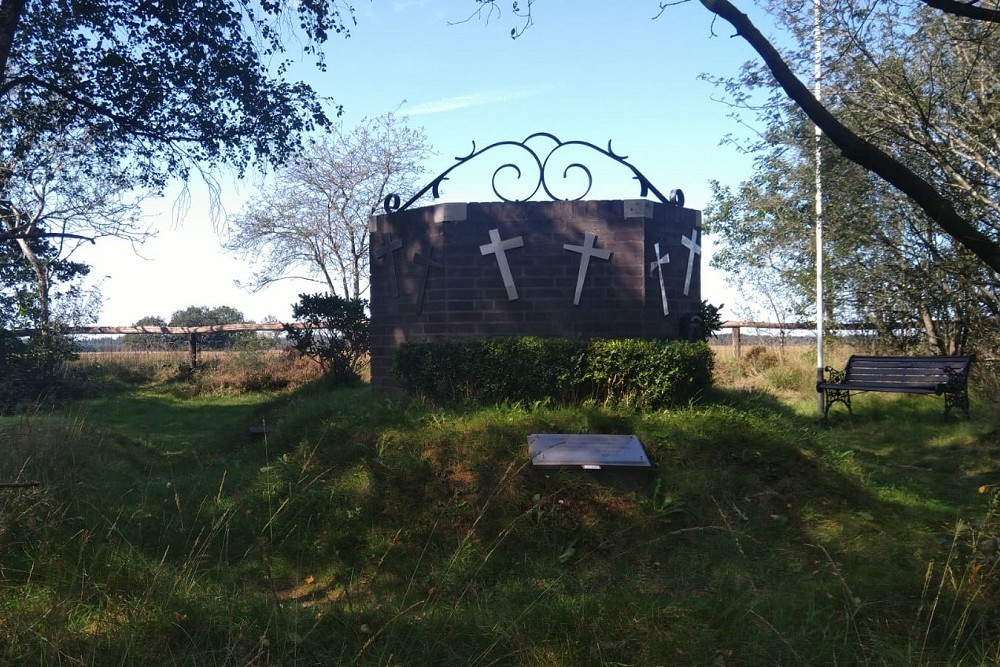 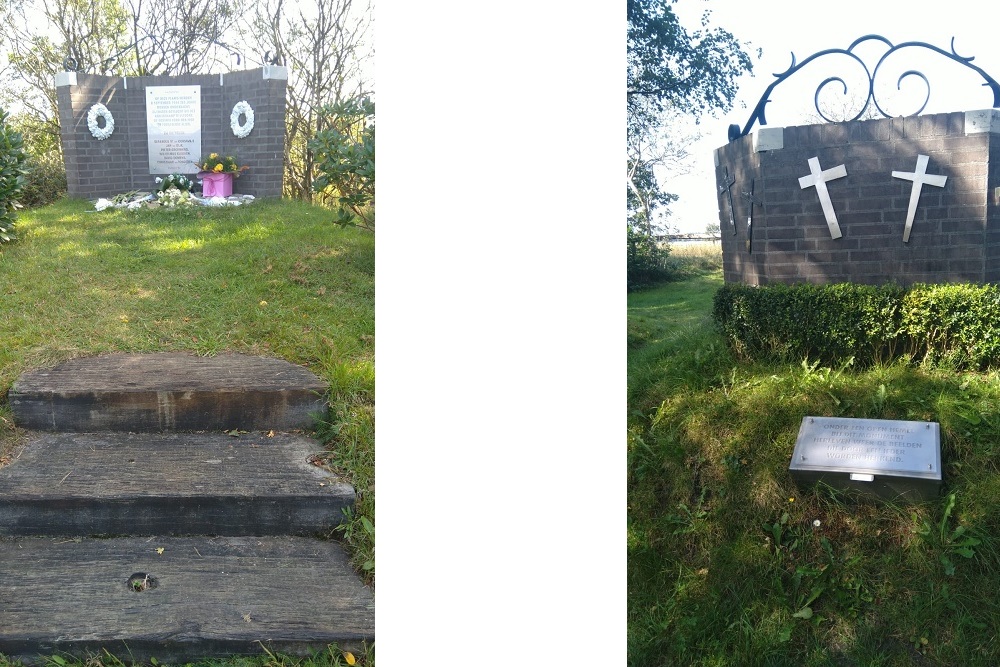 The monument in the Wapserveld in Doldersum was erected in memory of six young men who were killed here on 8 September 1944 by the occupying forces.

On the memorial is the following text:

AT THIS PLACE
SEPTEMBER 8, 1944 SIX YOUNG
PEOPLE WERE KILLED. THEY
FLIGHTED OUT OF THE
LABOR CAMP VLEDDER.
THE GESTAPO FOUND THEM HERE
AND SHOT THEM ALL.

The Labor Camp in Vledder was used as a labor camp for Jewish men until October 2, 1942. They had to build roads, harvest potatoes, cultivate the heather or cut trees. From this camp the Jewish men were transported to Westerbork on the night of 2 to 3 October 1942. There they were deported to the concentration and extermination camps in eastern Europe.
After that night the camp came into use by the Dutch Labor Service. The men had to do the same work as the Jews. In the night of 7 to 8 September, twenty-one workers managed to flee during a raid by a resistance group on the Labor Camp in Vledder where they were employed. They were divided over four caves in the Wapserveld. The largest cave, where nine of them were hiding, was discovered by the German Sicherheitsdienst on September 8. Two boys were spared to point out the other dens in the field. However, these were not found. The seven other boys were executed by the occupier on the heath. One of them survived the shots, but became permanently disabled.