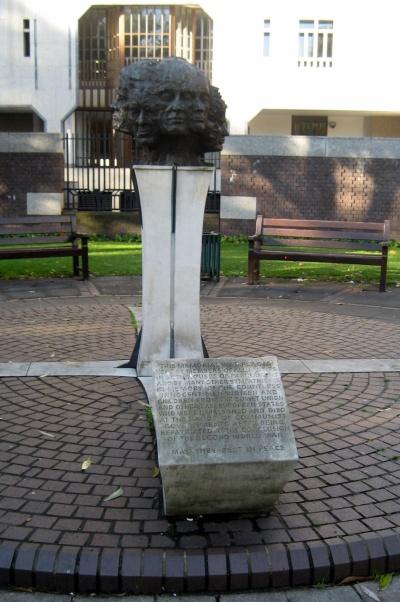 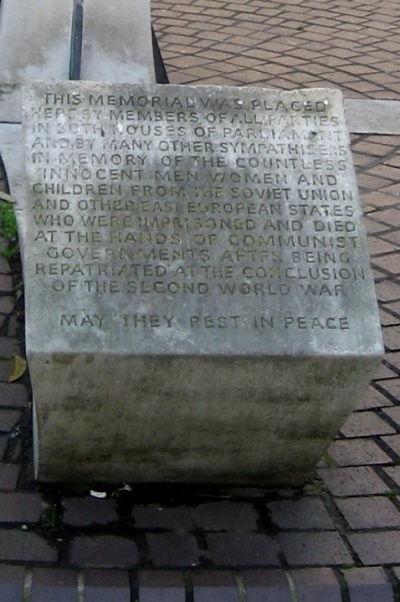 This memorial commemorates the innocent people from the Soviet Union and other East European States who were imprisoned and died at the hands of the NKVD and other Communist organisations, after being repatriated at the conclusion of the Second World War.