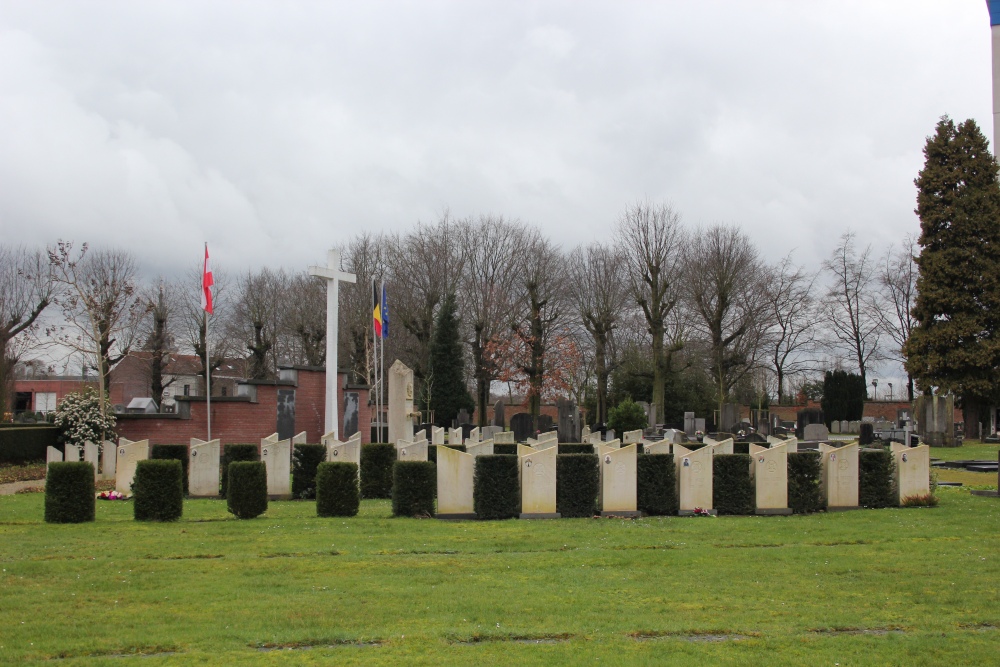 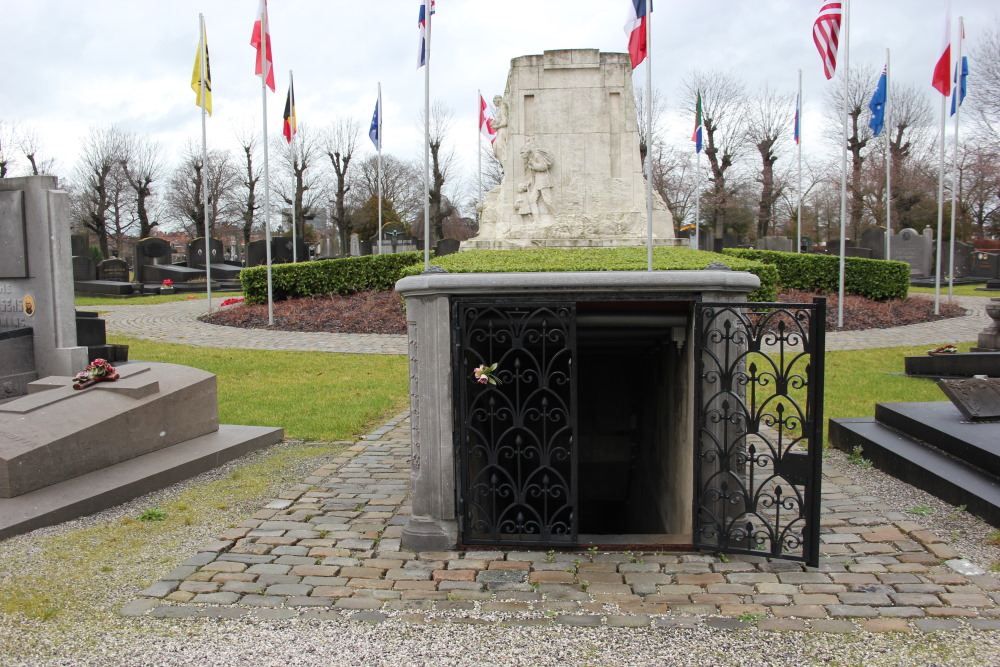 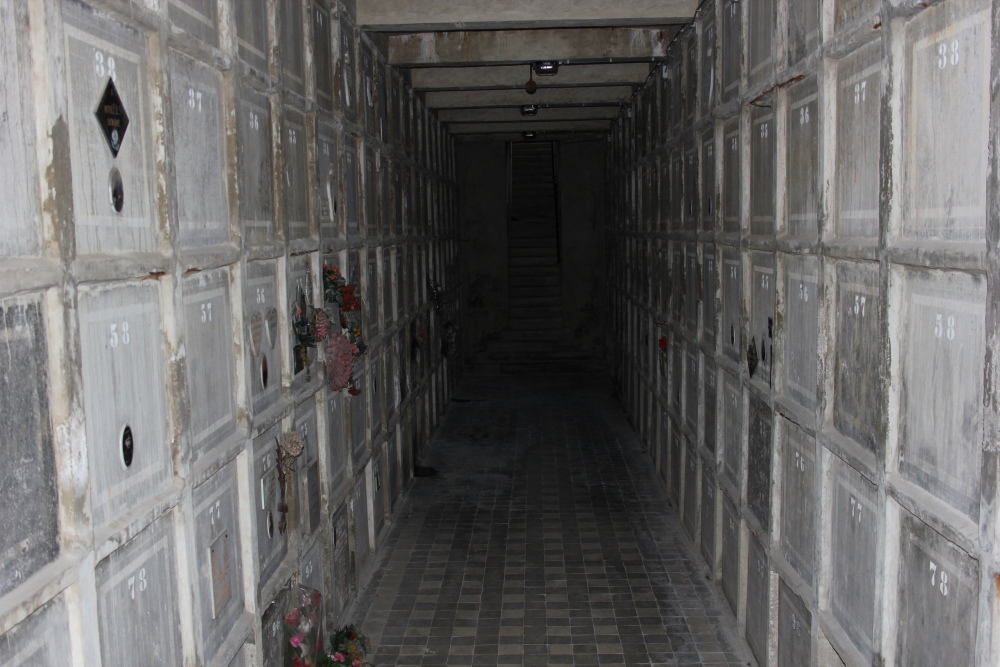 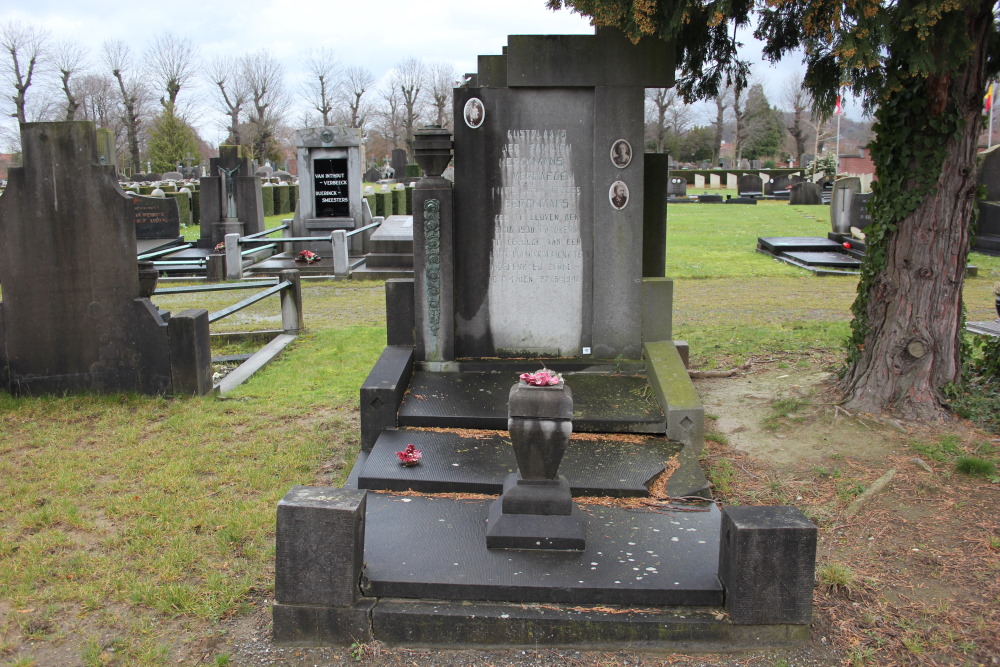 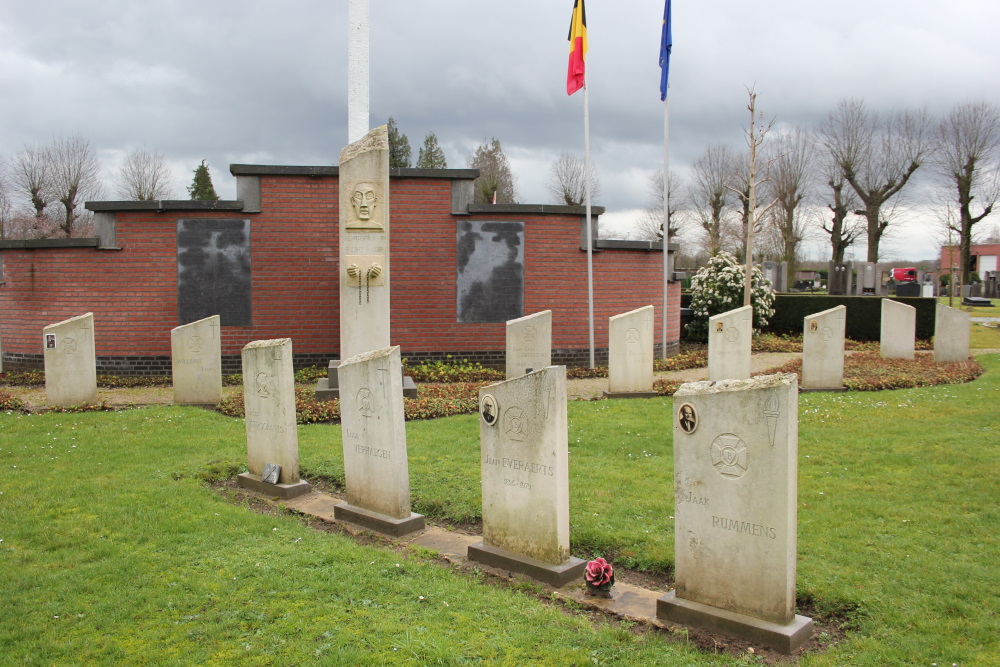 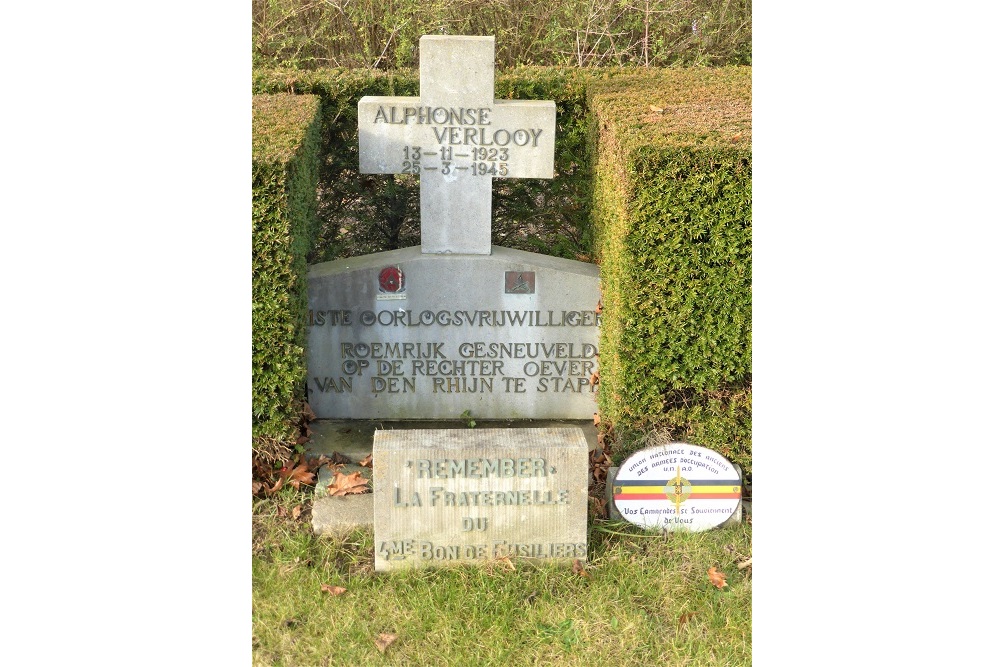 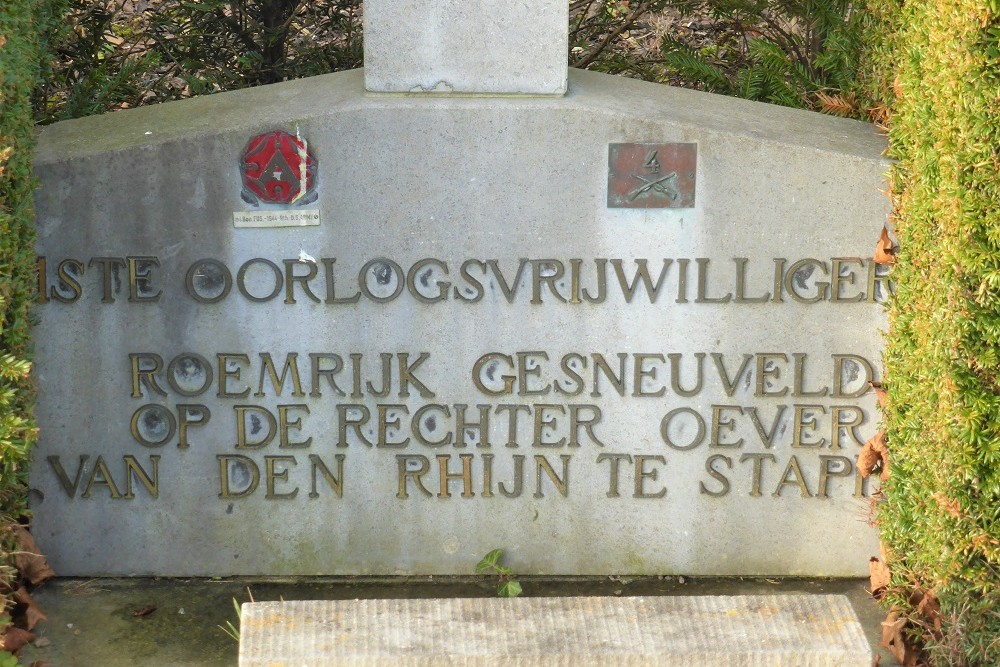 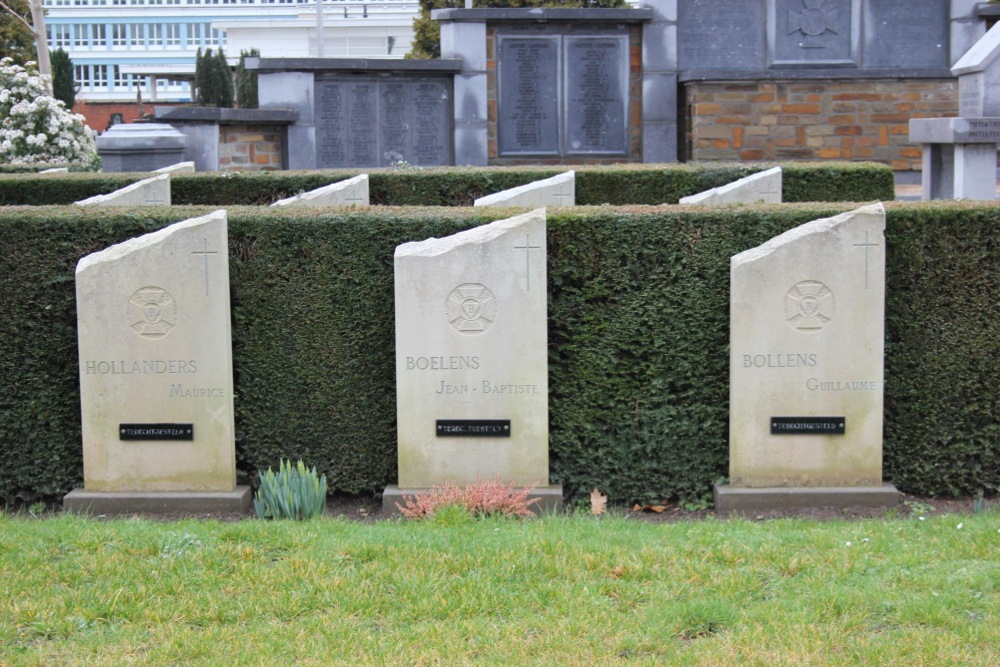 The cemetery of Leuven contains numerous graves of Belgian military and civilian victims of both world wars.

"Remember"
The Brotherhood of the 4th Fusiliers.

The 4th Fusilier battalion was established in Tervuren on October 11, 1944. On December 8 it came under the command of the 9th US Army of the 12th US Army group.
On January 5, 1945, the Nazi Germany entered and on March 25 they crossed the Rhine near Driessen.
Alphonse Verlooy was killed by shrapnel when a shell exploded 4 meters from the group. He was the first Belgian soldier to die on the banks of the Rhine. He was buried in Leuven with military honors on Wednesday April 4. 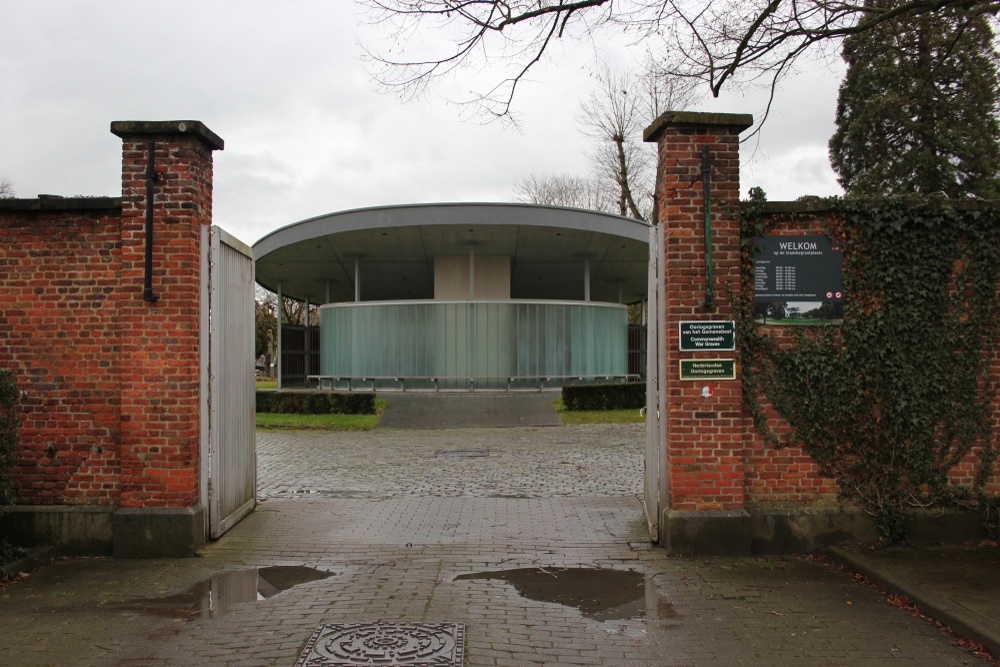