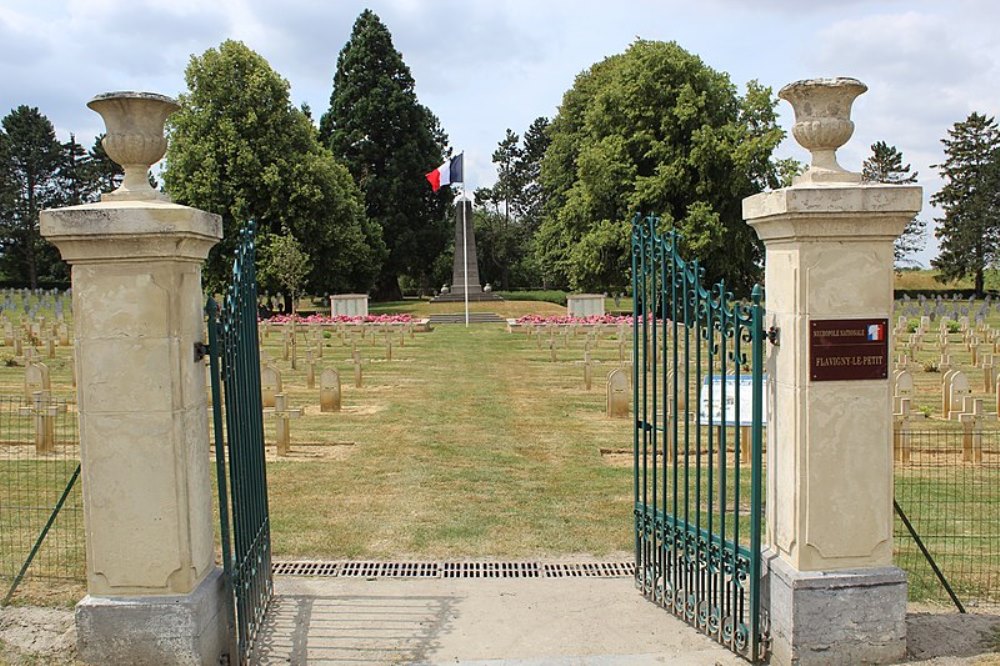 This cemetery (Nécropole Nationale de Flavigny-le-Petit or Cimetière Militaire de Flavigny-le-Petit), constructed by the Germans contains the graves of 2643 French, 48 British, 31 Belgians, 13 Russians, one Rumanian and one Canadian who were killed in the First World War. There are also 428 French war graves and one Soviet war grave from the Second World War.