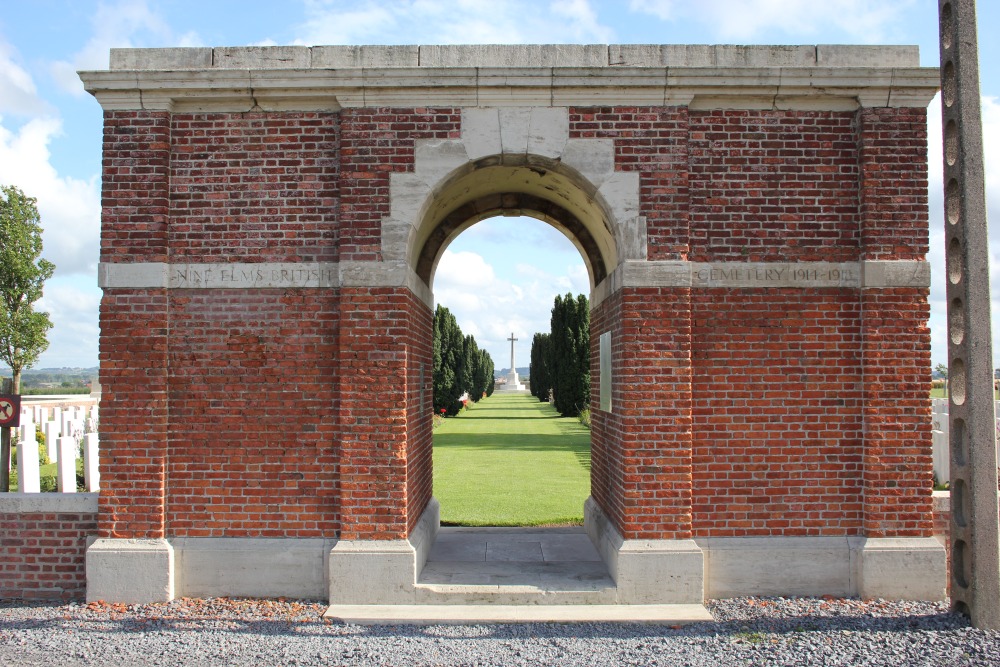 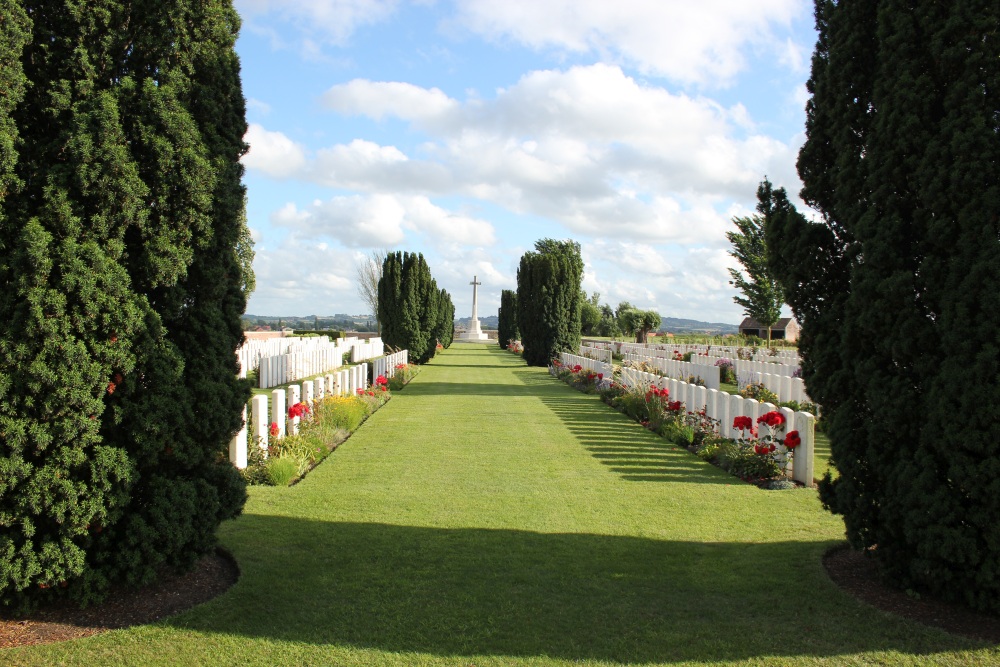 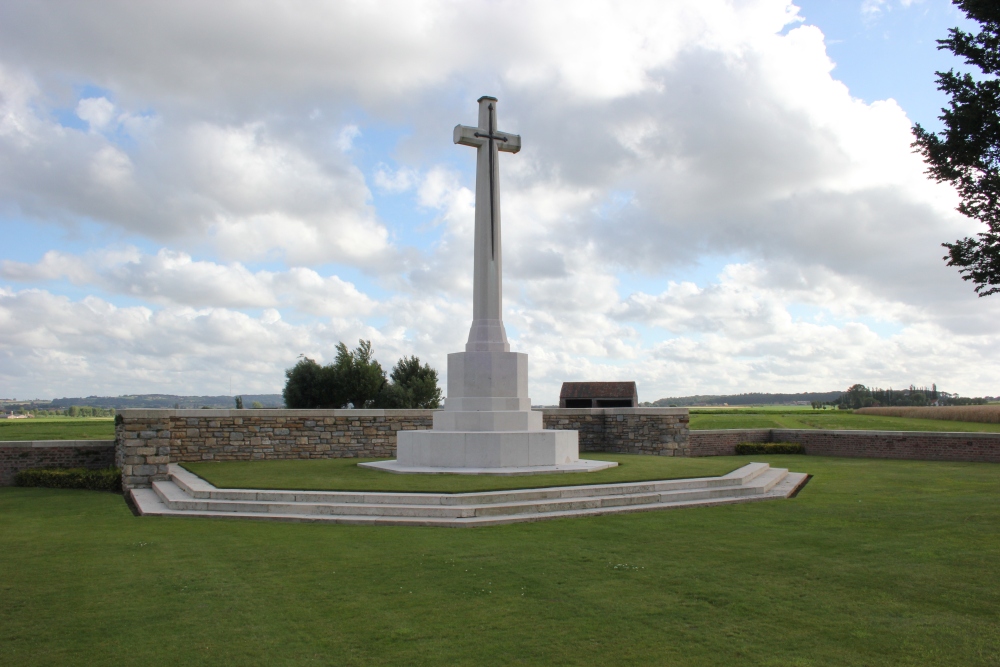 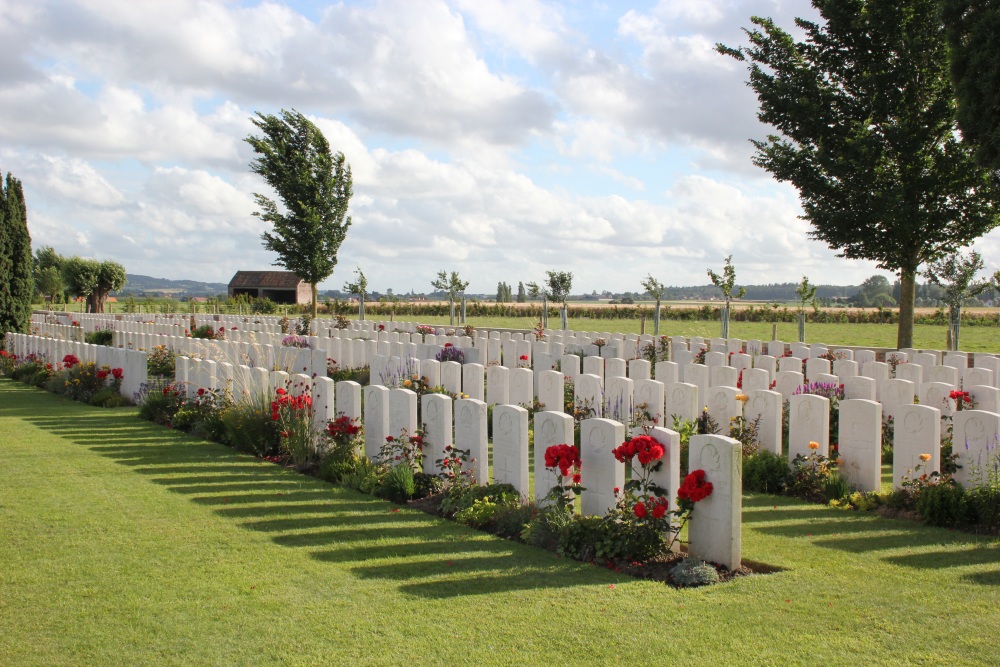 The cemetery was begun and used by the 3rd Australian and 44th Casualty Clearing Stations when they moved to Poperinghe (now Poperinge), from Brandhoek and Lijssenthoek respectively, in September 1917. Nearly all the burials in Plots I to IX came from these Casualty Clearing Stations, whilst they operated in this area during the 1917 Battle of Ypres, up until December 1917. Plots X, XI, XIII, XIV and XV cover the dates between the beginning of March, 1918 and the 12th October, 1918, the period of the German offensive in Flanders, the British counter attacks and the final advance of August-September. The burials in these cases were carried out almost entirely by fighting units.

The cemetery contains 1,556 Commonwealth burials of the First World War and 37 German war graves from this period. There are also 22 Second World War burials in the cemetery, all dating from the Allied retreat to Dunkirk in 1940.