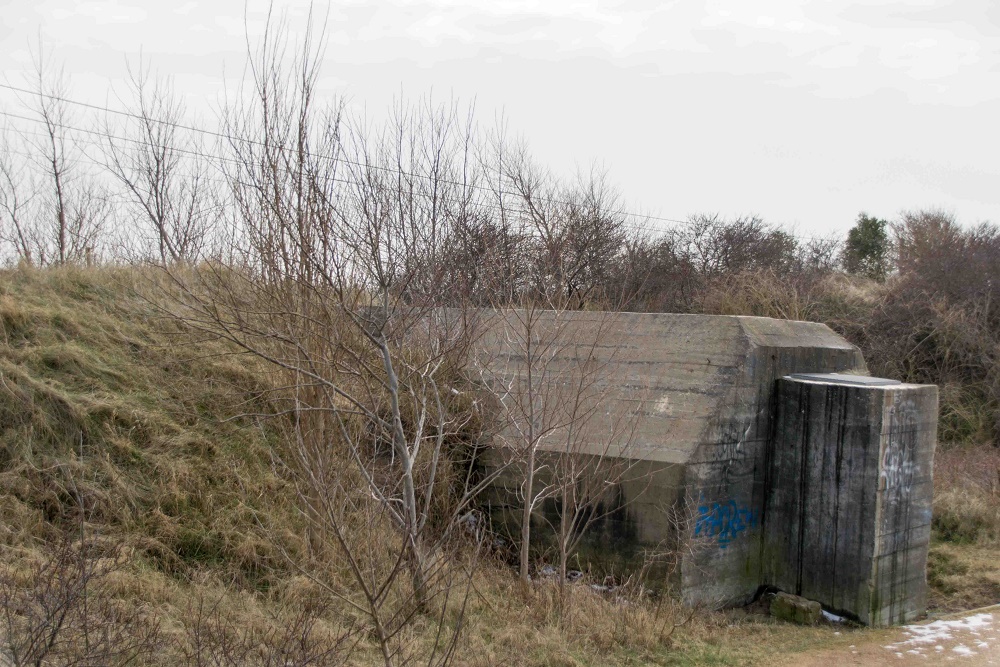 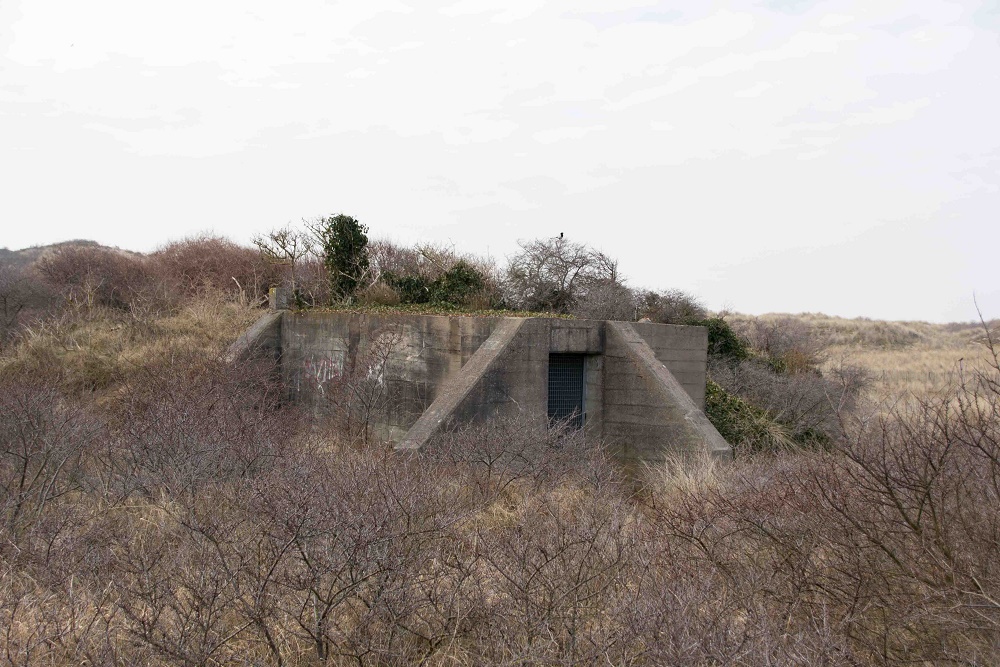 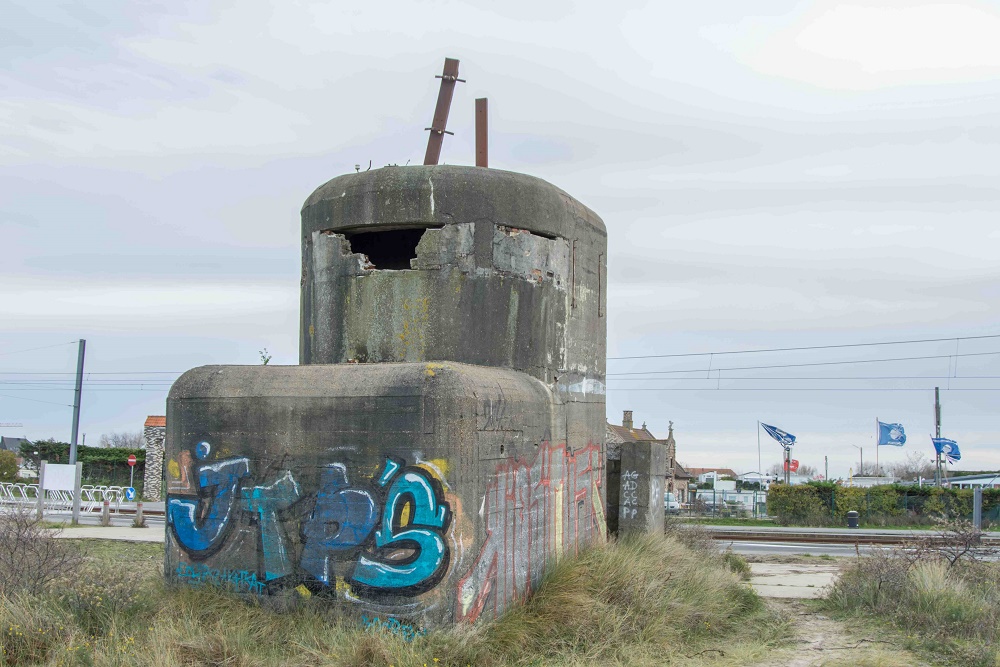 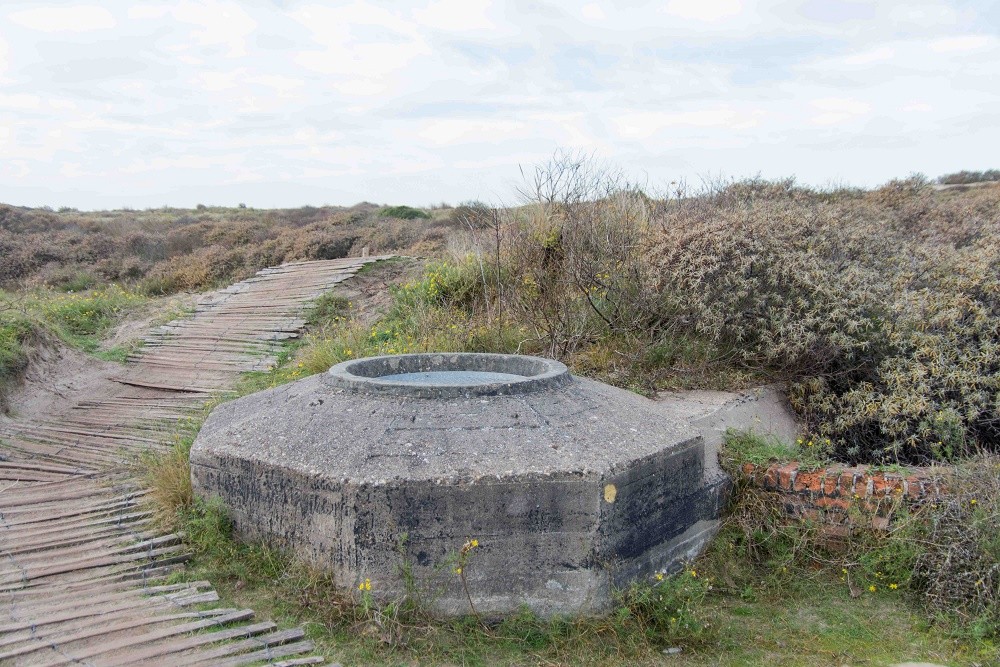 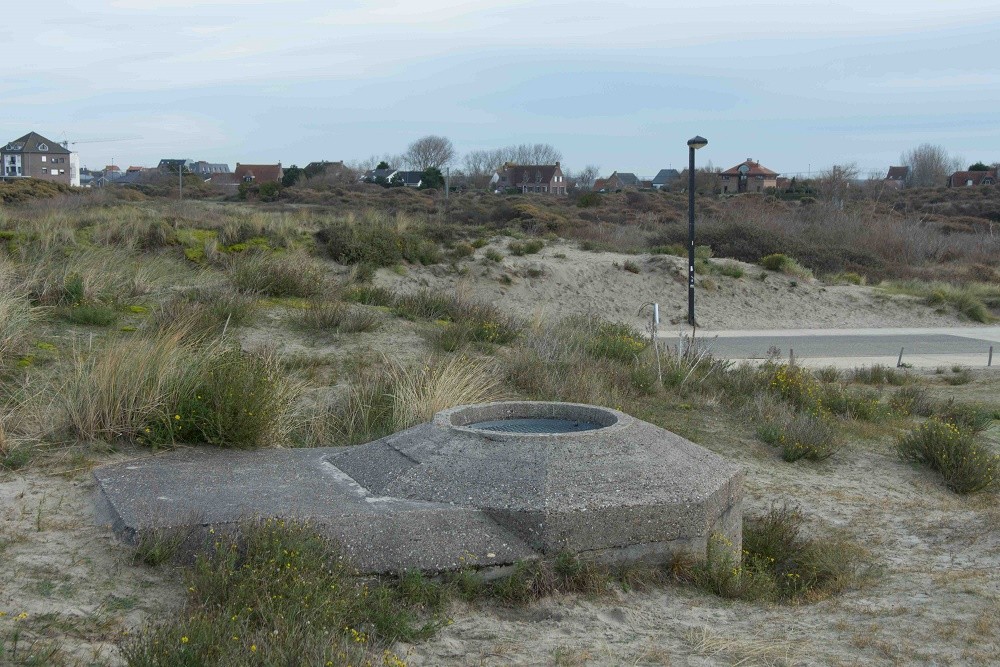 This German strongpoint (Stutzpunkte) was part of the Atlantic Wall (1942-1944).

What remains today - the buildings are located in the dunes and are partly silted up - form a good picture of the German bunkers along the coast. The following bunkers have been preserved: one crew bunker (Regelbau 502), one VF kitchen bunker (Regelbau 7a K), one Vf crew bunker (Regelbau 2a), two Tobruks with round manhole (Regelbau 58 d), two fully silted bunkers (type unknown), one anti-tank wall.
The fire control bunker was protected as a monument in 2007. There is now a viewing platform on one of the gun positions.