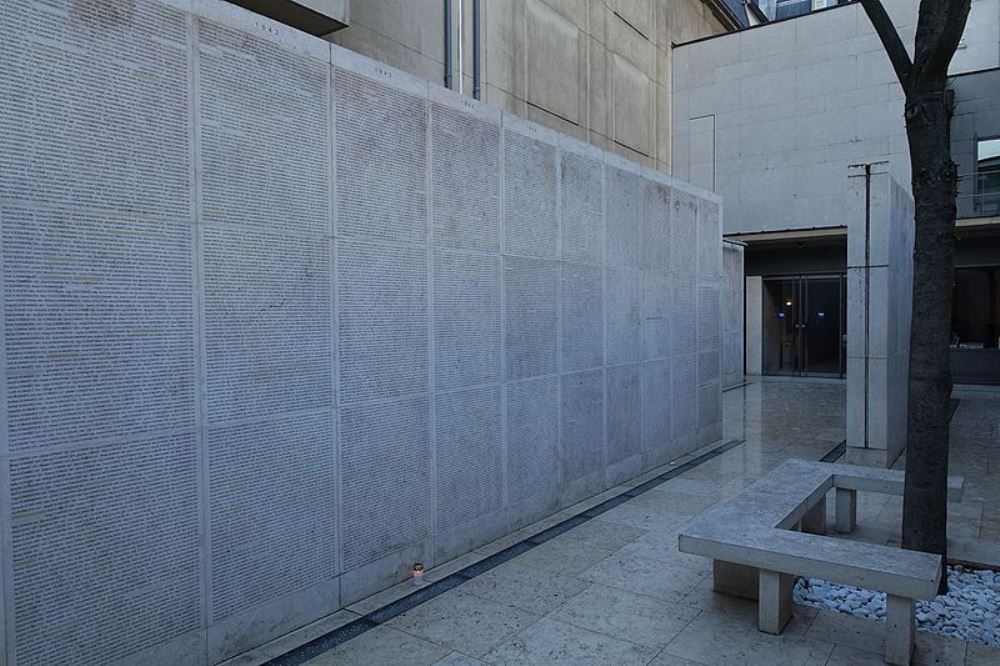 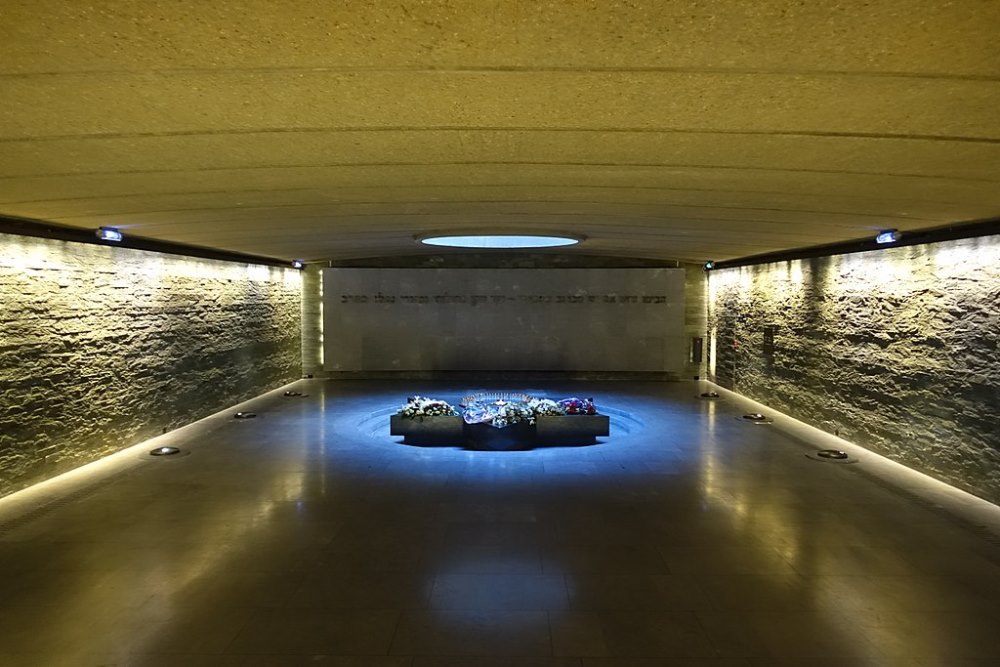 This memorial (Le mur des noms), part of the Mémorial de la Shoah, contains 76,000 names of French Jews, including 11,400 children, who were murdered in the Holocaust.

The crypt of the Mémorial de la Shoah contains ashes of Jews exterminated in the death camps and in the ruins of the Warsaw Ghetto, mixed with earth from the land of Israel. The eternal flame is a tribute to the six million Jews who murdered during the Holocaust. 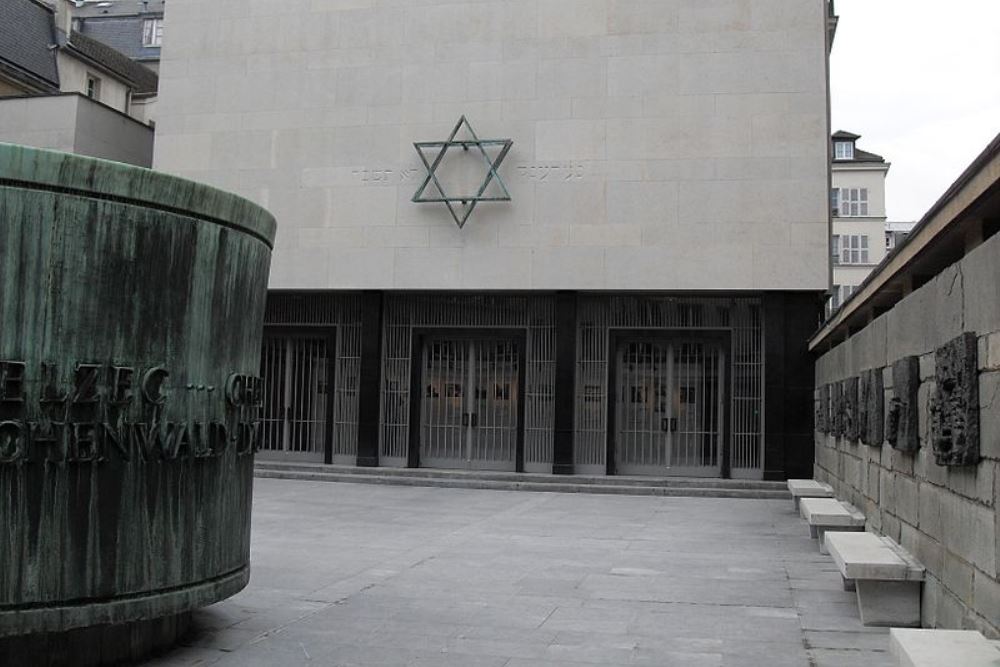