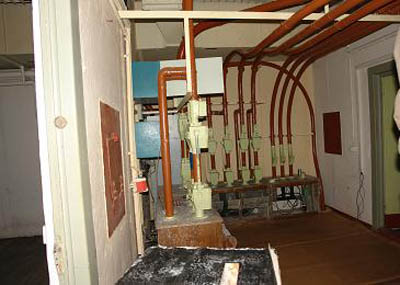 This underground bunker was built from 1942 to 1944 by 900 inmates of the satalite camp "Fuchsbau" of KZ Sachsenhausen. The bunker served as headquarters of the German intelligence service (SD). The Red Army tried to destroy the bunker. but did not succeed and eventualy decided to reuse the bunker from the '50s. A new underground bunker was built next to the former SD bunker and were connected to each other.

The complex today:
It can be visited.