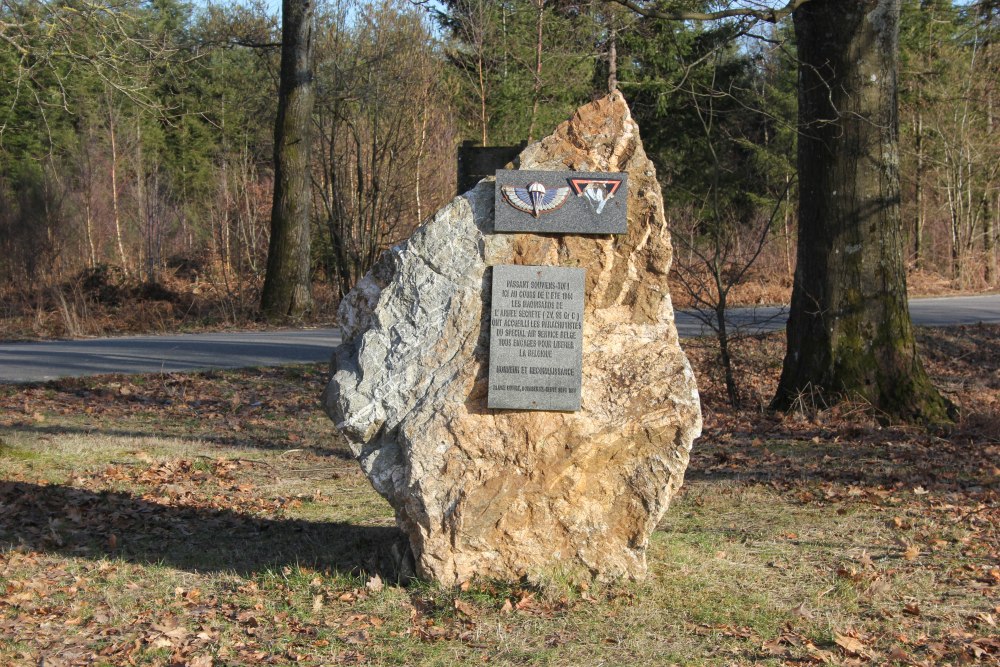 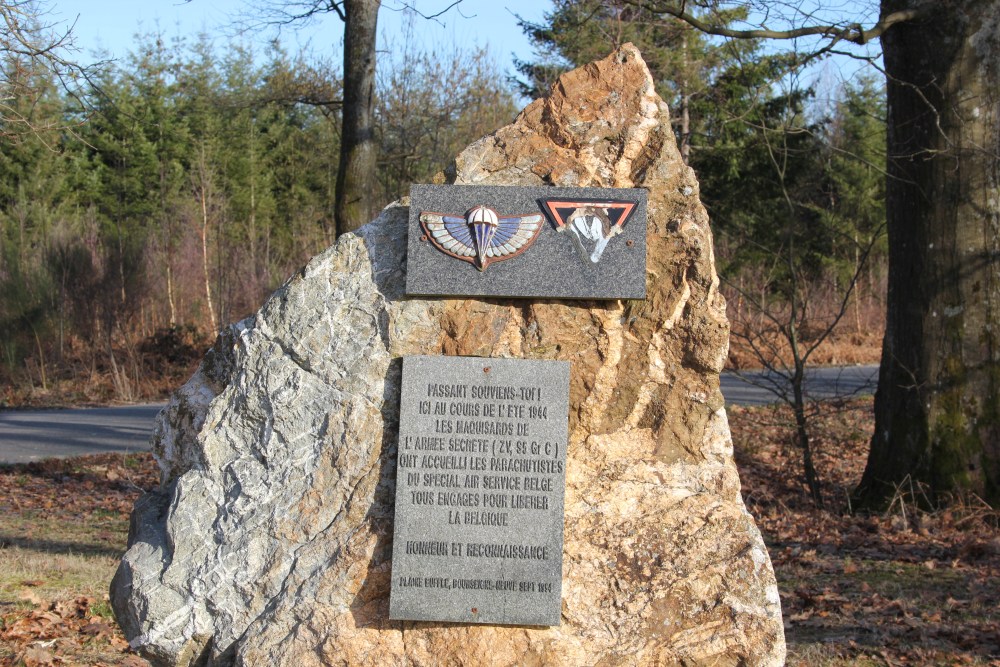 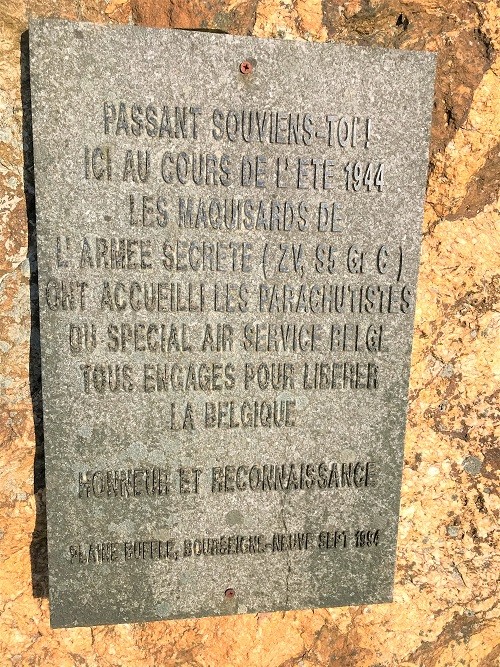 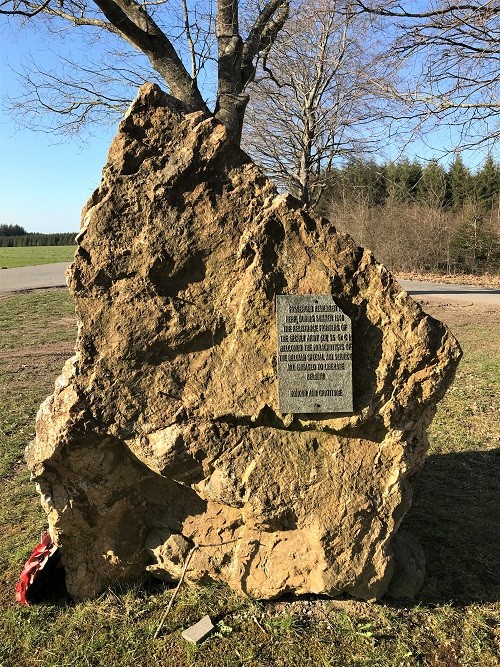 Memorial to commemorate the resistance fighters of the Secret Army who intercepted the paratroopers of the Belgian SAS-Squadron during the summer of 1944.

The plaque reads:
"Passerby, remember!
During the summer 1944, resistance fighters from the Secret Army (ZV, S5 GR C) received paratroopers from the Belgian Special Air Service at this location.
They all wanted to liberate Belgium.
Honor and Gratitude "
Plaine Buffle, Bourseigne-Neuve September 1994.

As early as 1942, the order was given to seek possible places of refuge for mobilization, as well as suitable places, located on the edge of forests and far enough away from the houses for the landing of paratroopers. The coordinates were recorded on military maps and passed on to London. The plains were named after a letter of the alphabet or the name of an animal, flower, bird or soldier.
In the Gedinne region there were two flight planes, namely the Bourseigne-Neuve "Buffle" and the Rienne parachute plane "Grenadier".
An identical memorial was placed in front of the plain "Grenadier" in Rienne.
There was a French, English and Dutch version of the memorial plaque.