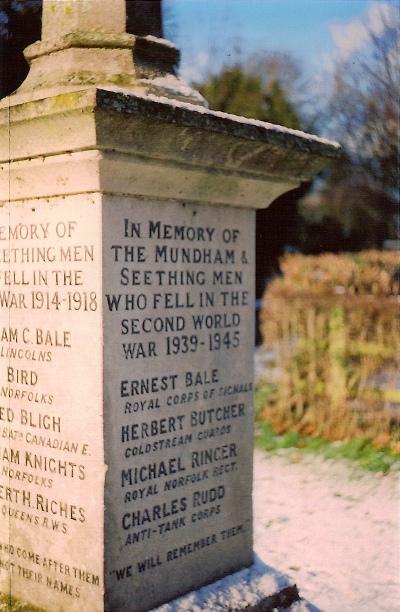 This memorial commemorates the residents of Mundham and Seething who gave their lives for their country in World War I and World War II.