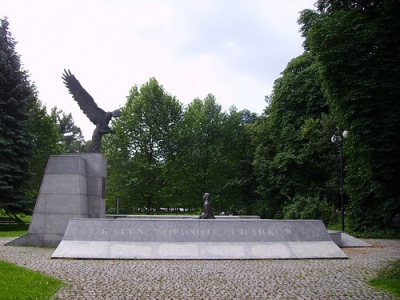 This memorial commemorates 14,500 Polish prisoners-of-war who disappeared in 1940 from camps set up by the Russians at Kozielsk, Starobielsk and Ostaszkow. Later on, 4,500 of them were found in mass graves at Katyn near Smolensk in the Soviet Union.