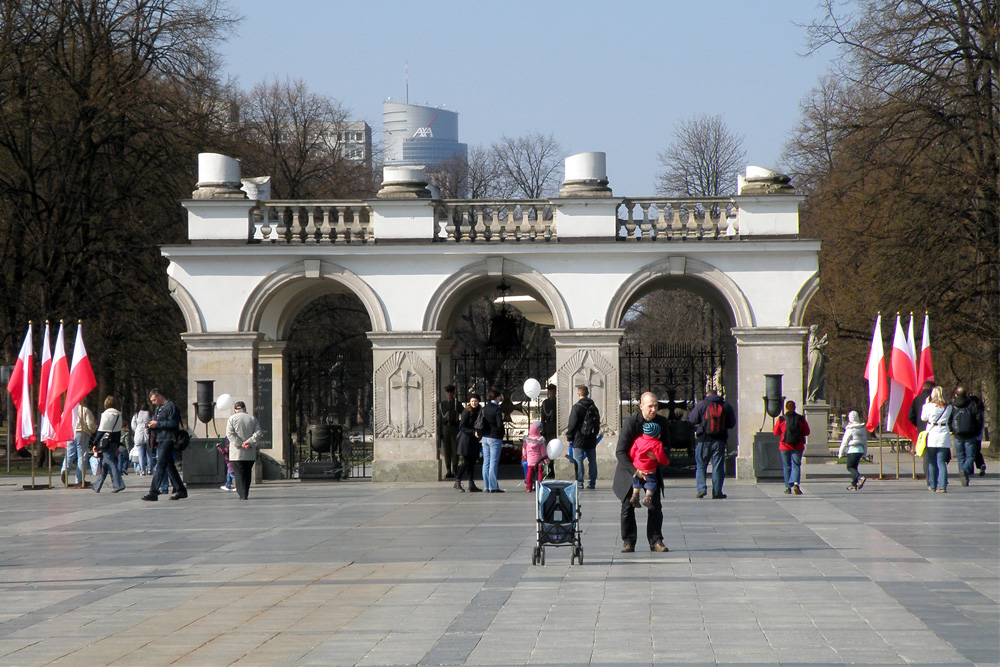 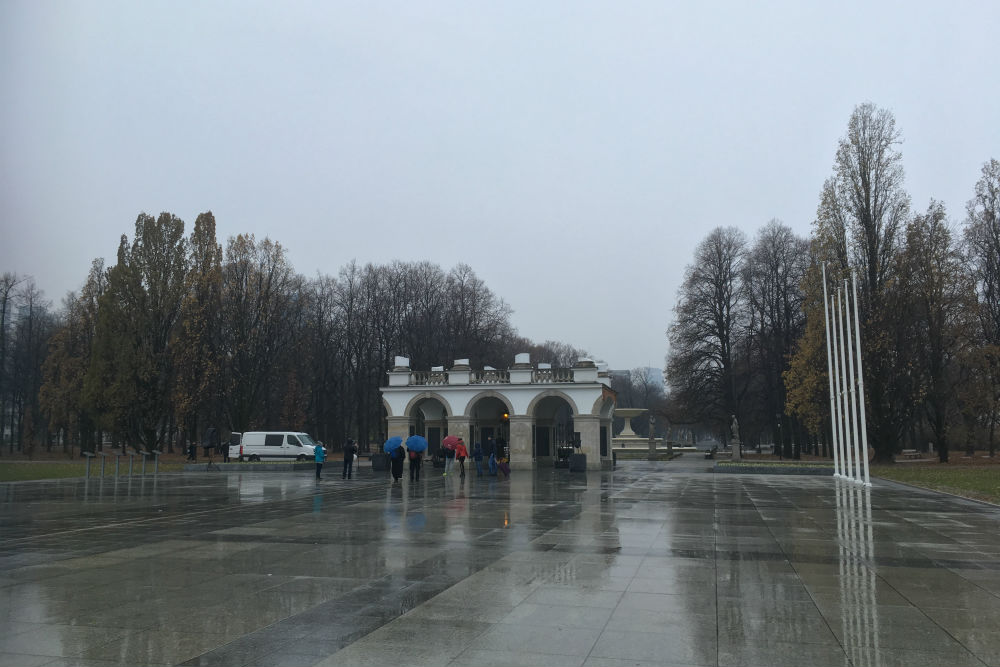 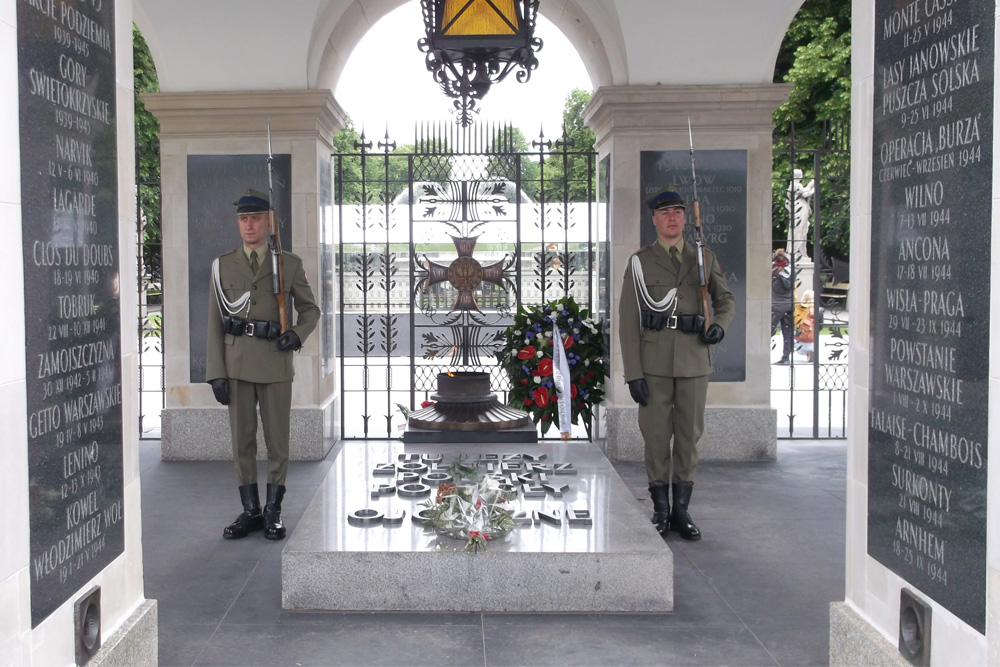 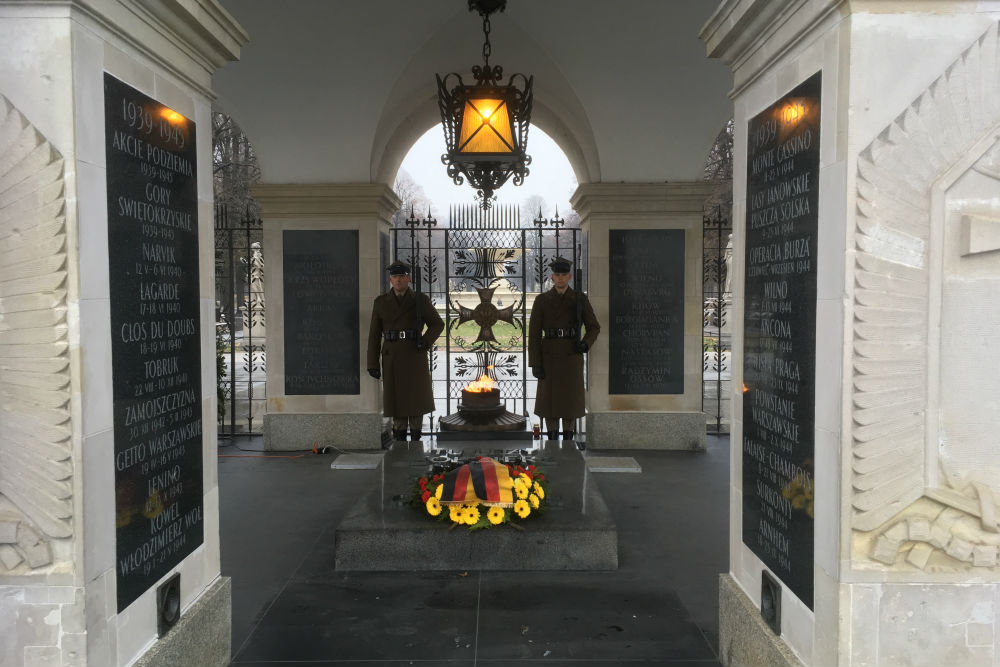 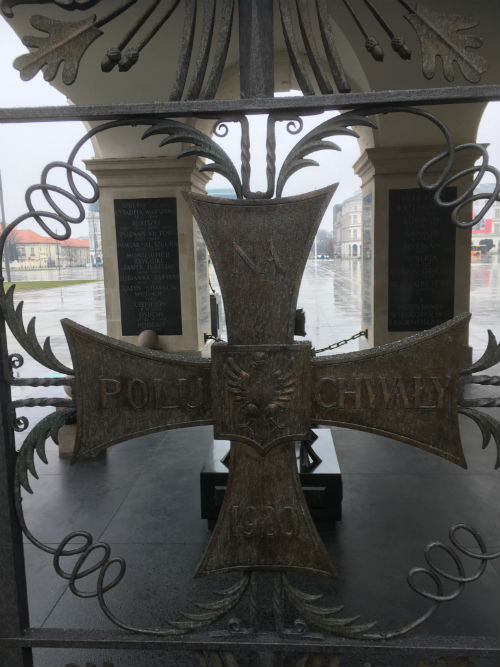 The tomb of the unknown soldier in Warsaw was built in the '20's and is dedicated to the unknown soldiers who gave their lives for the fatherland. The tomb inclused the remains of an unidentified young soldier who fell in the defence of Lwow in 1920.

The memorial was damaged in 1939 and 1944, but survived the Second World War for the most part. Memorial plaques with the names of important WW2 battles were attached to the walls of the restored tomb. 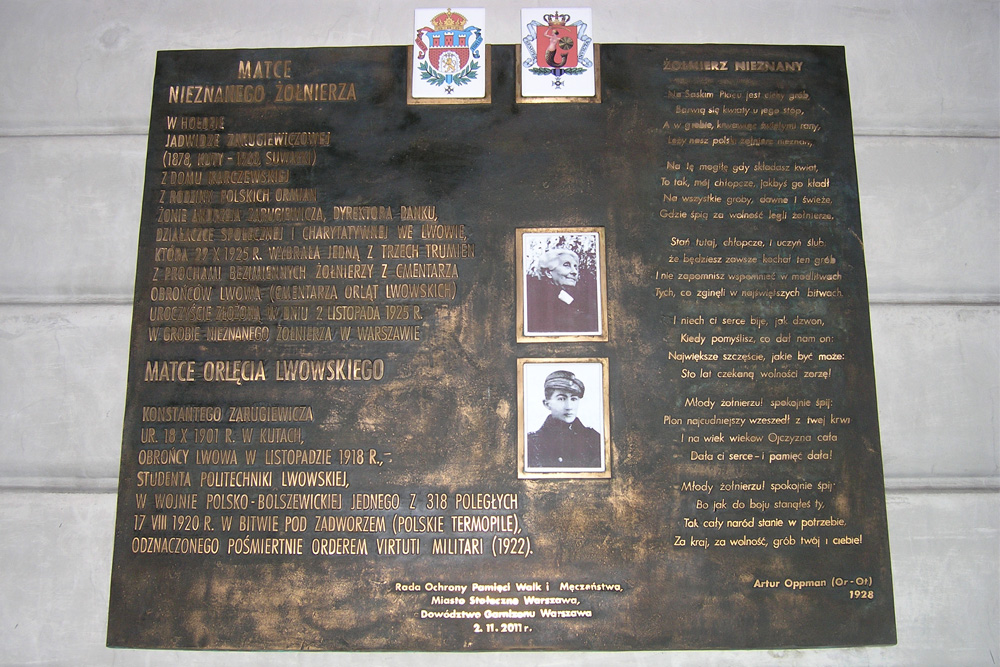