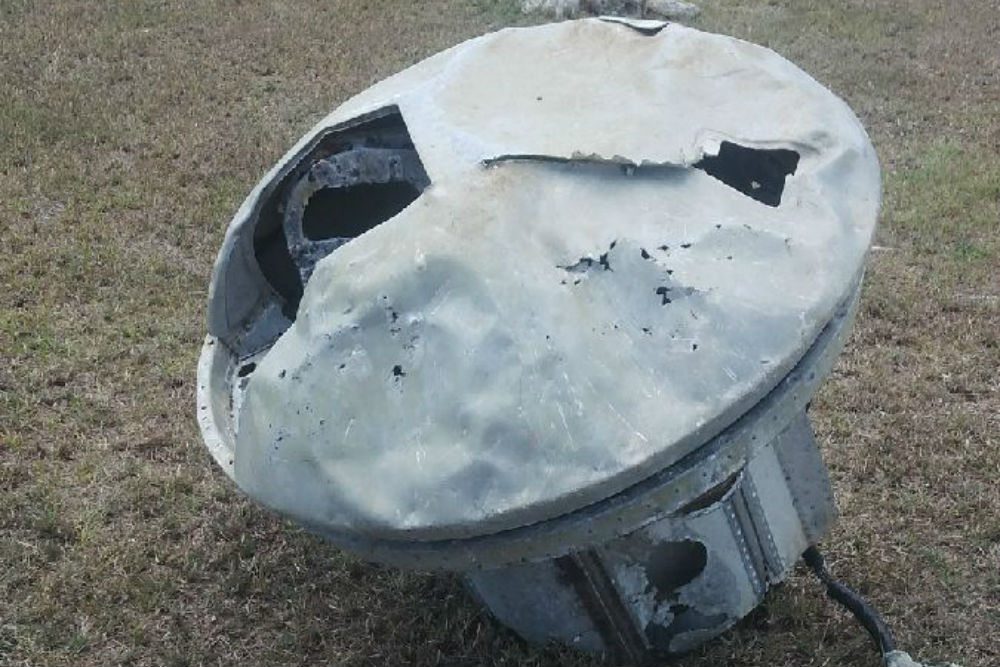 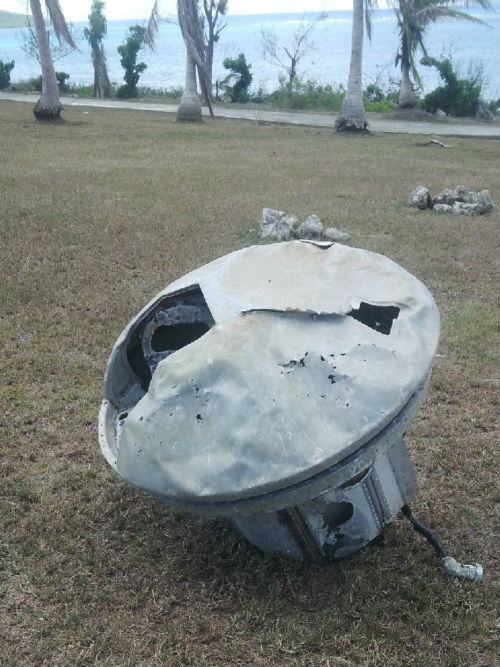 B-29 Superfortress gun turret found on the island of Tinian. Island of Tinian played a critical role in ending WWII in the pacific. Once the island was secured in 1944, B-29's Bombers launched from the North Airfield conducting airstrikes against Japan. The B-29 gun turret used a state of the art remote control firing system. This turret would have held two .50 caliber Browning M2 machine guns. A close inspection of this turret shows evidence of bullet holes.

The turret is located in front of the Tinian Museum. The turret was blown away and considered lost during Typhoon Yutu in October of 2018. In April of 2019 Boy Scout Troop 23 of Naval Base Guam found and recovered the turret in bushes of the nearby coastline during a recovery/cleanup effort.