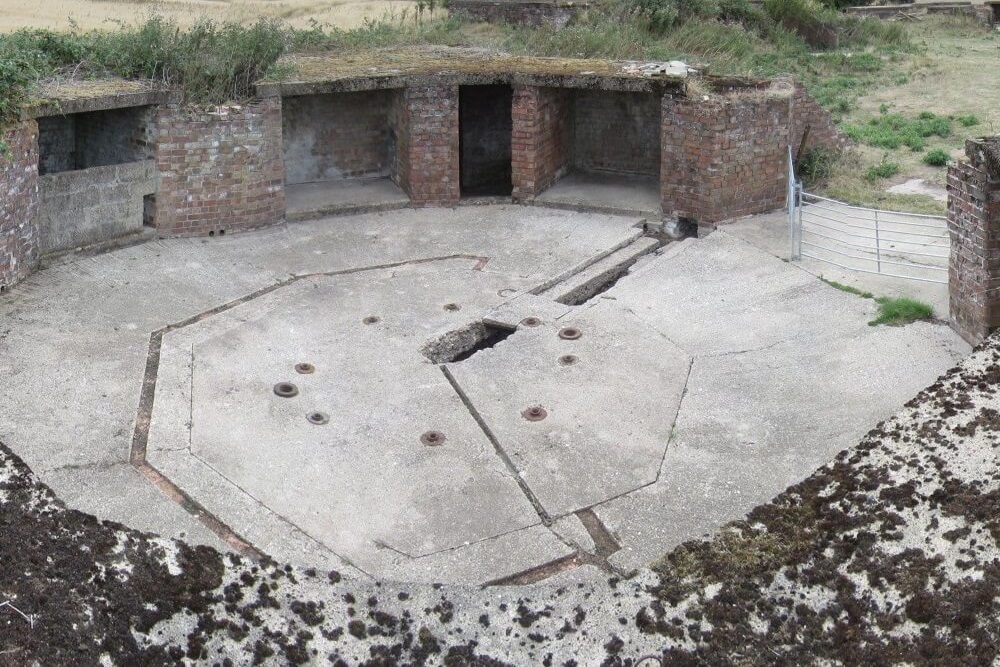 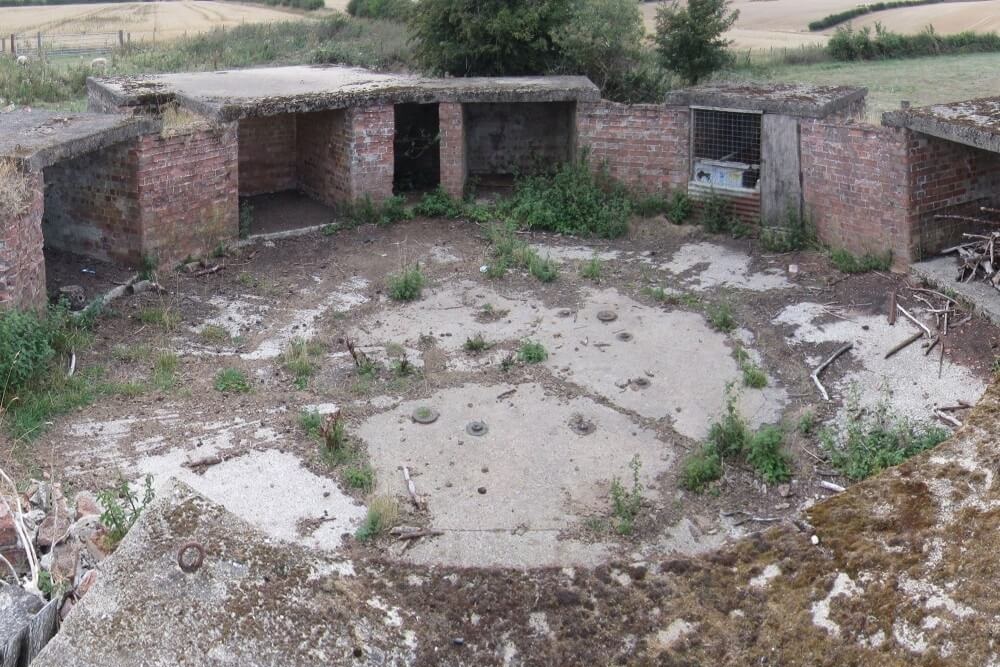 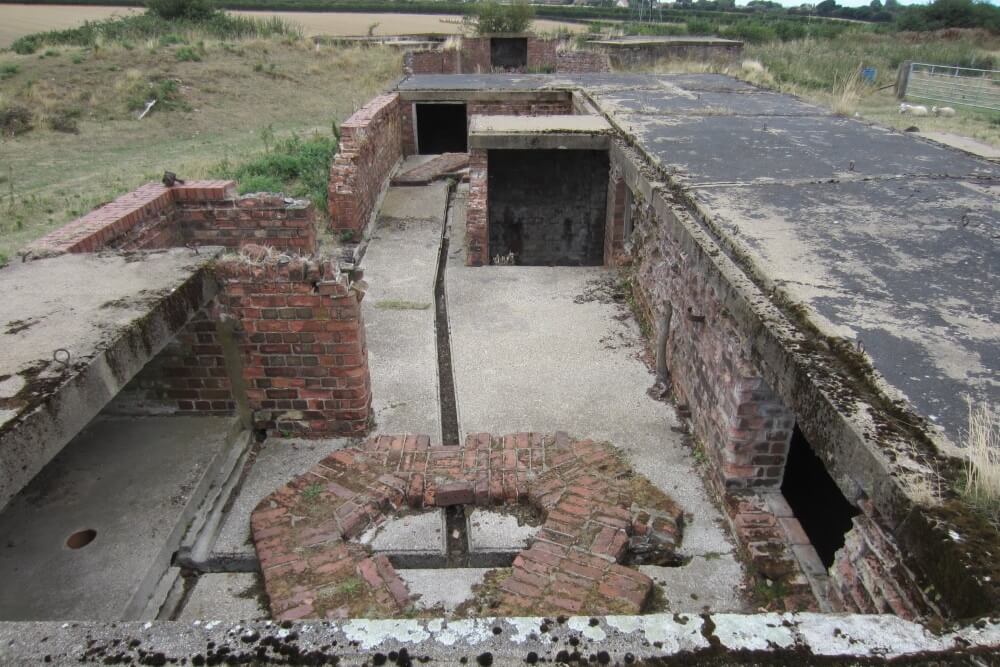 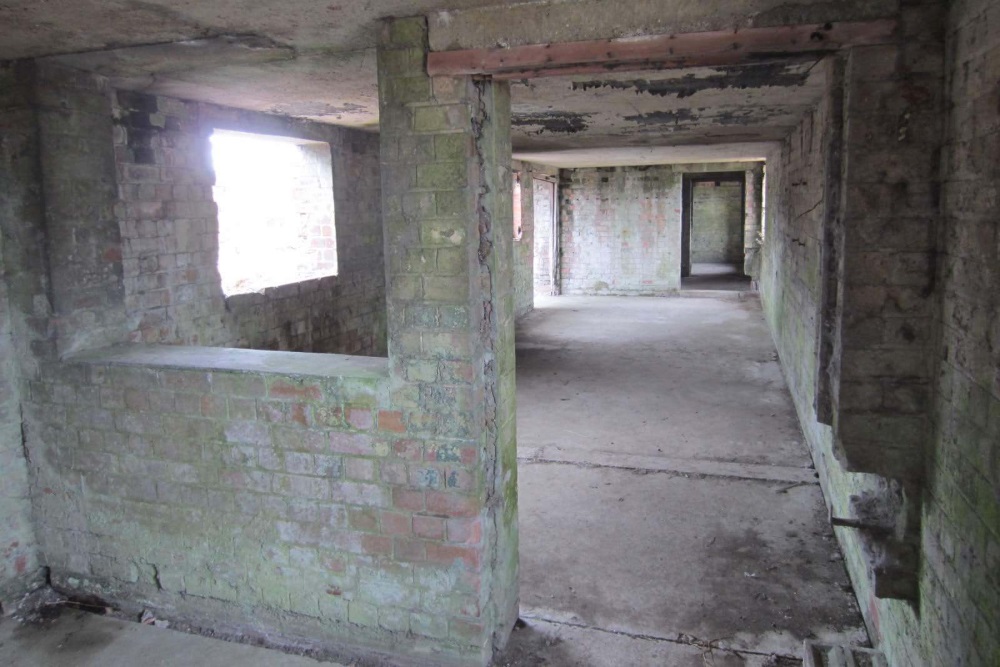 This is the site of a heavy anti-aircraft battery in operation during World War II. Initially equiped with four mobile 3.7in guns supported by a GL mkII radar, and later with static 3.7in guns mounted in permanent gun emplacements.

Each emplacement is the same with an octagonal gun pit with a ring of bolts for securing the gun mounting. The entrance to each pit is on the side nearest the command post. Opening through each of the other seven sides of the pit is an external roofed recess for ammunition storage. Behind two of these recesses on opposite sides of the gun pit, there is a pair of roofed shelters. One was typically used as a relaxed duty shelter for the gun crew, the other for gun maintenance.

The command post measures approximately 8m by 20m, its long axis orientated north-east to south-west. It is divided into two main parts with a series of semi-sunken rooms forming a wide horseshoe around the raised frontal area which was used for an identification telescope and for the predictor and height finder. These fed information to the plotting room, the long room in the covered part of the command post to the rear of the open area, where the bearing, elevation and range was calculated and relayed to the guns.