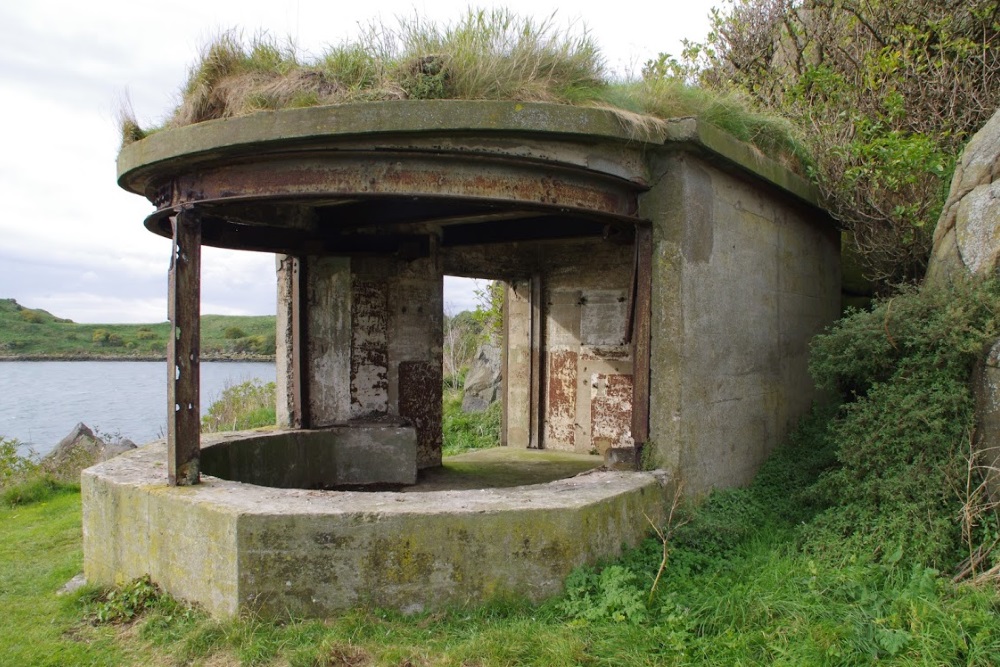 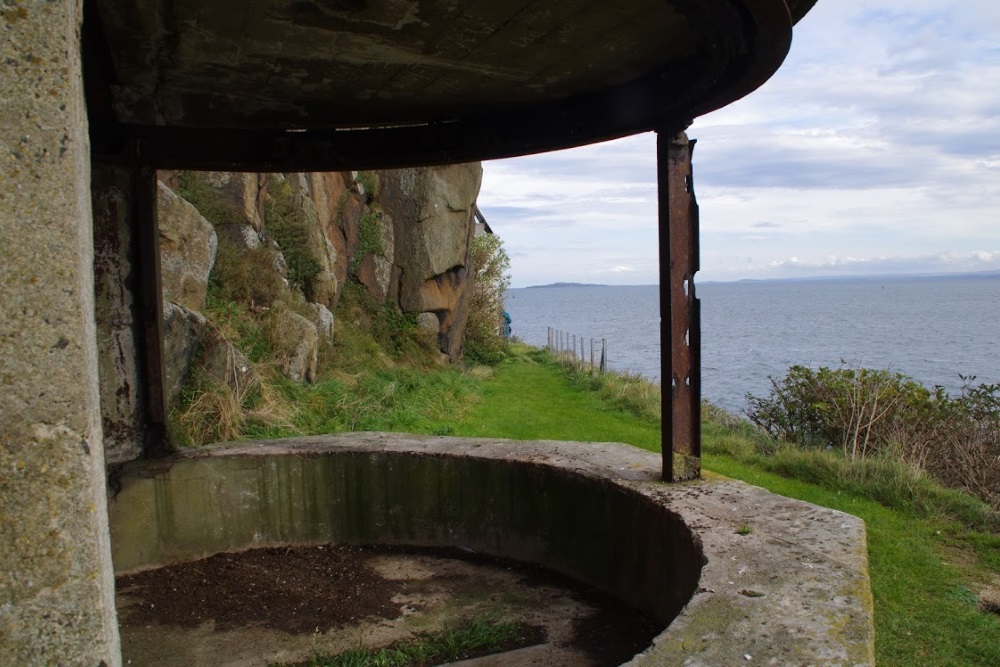 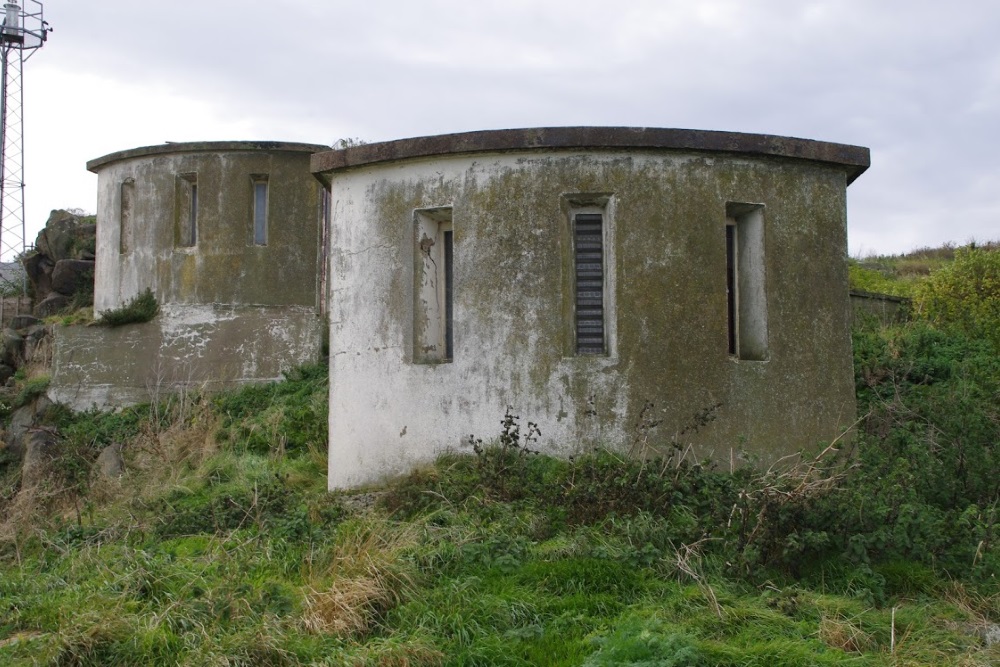 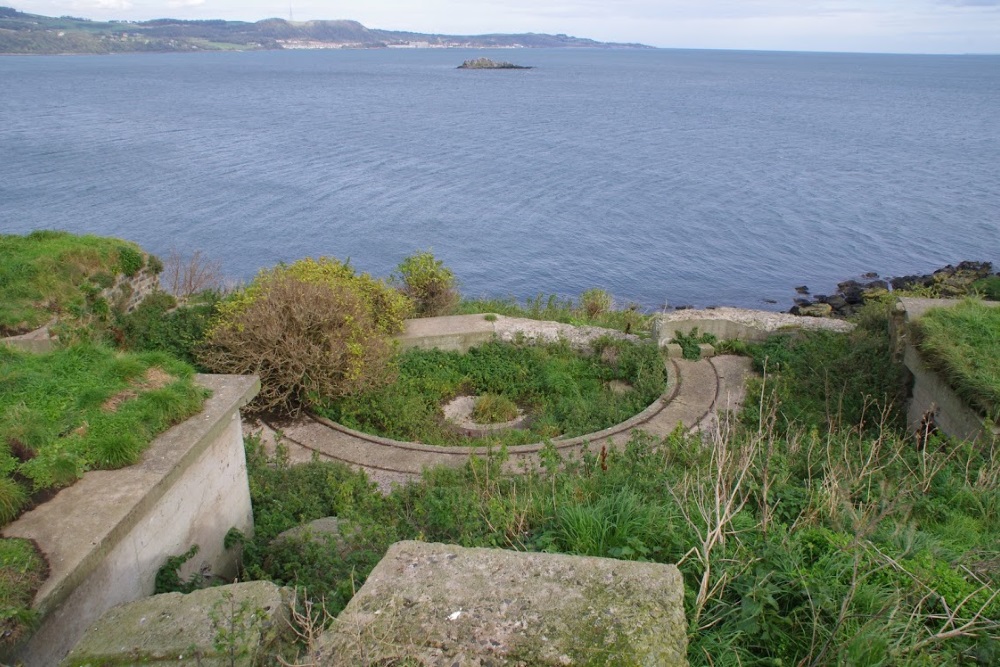 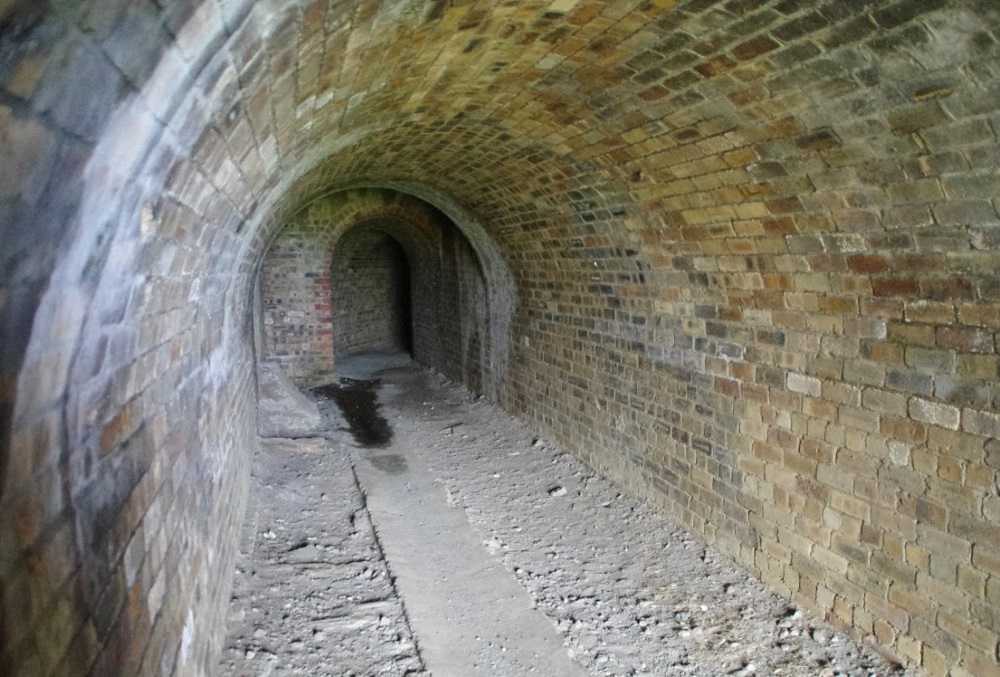 During both World Wars, Inchcolm was part of the defences of the Firth of Forth. Inchcolm was the HQ of what were called in the First World War the 'Middle defences', the main element of which was a continuous anti-submarine and anti-boat boom across the river. The defences were intended to protect the naval anchorage between Inchcolm and the Forth Rail Bridge. The defences of Inchcolm were significantly strengthened in 1916-17 when it was decided to move the Grand Fleet from Scapa Flow to the Forth. As part of these works a tunnel was built under the hill at the east end of the island, to link a new battery of guns to their magazine, on the protected side of the island. The tunnel is dated 1916-17. The island was re-occupied in 1939, when the anti-submarine and anti-boat boom was once again laid across the estuary.