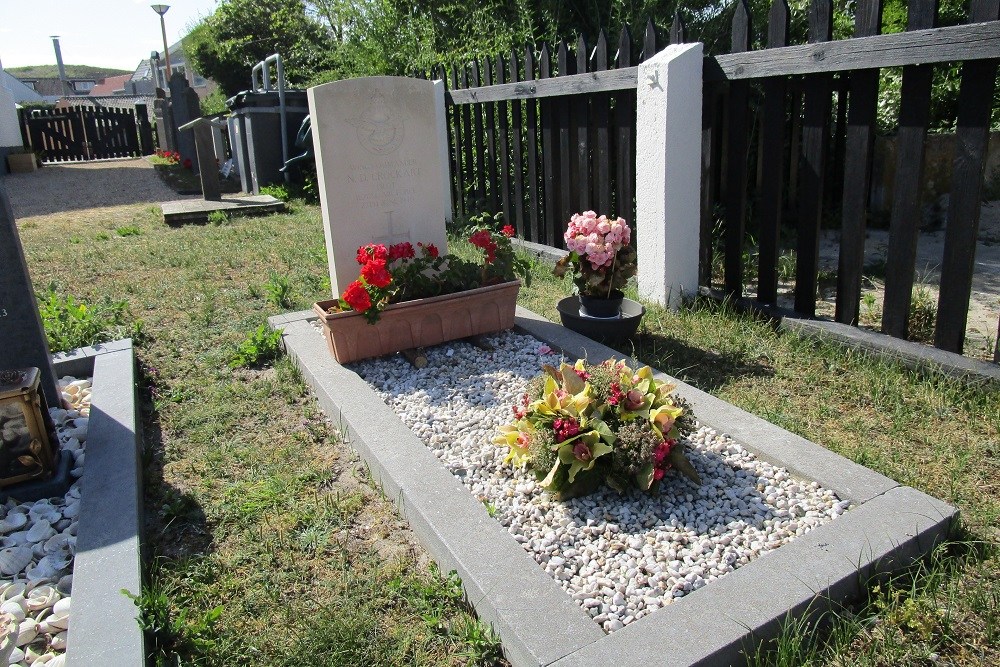 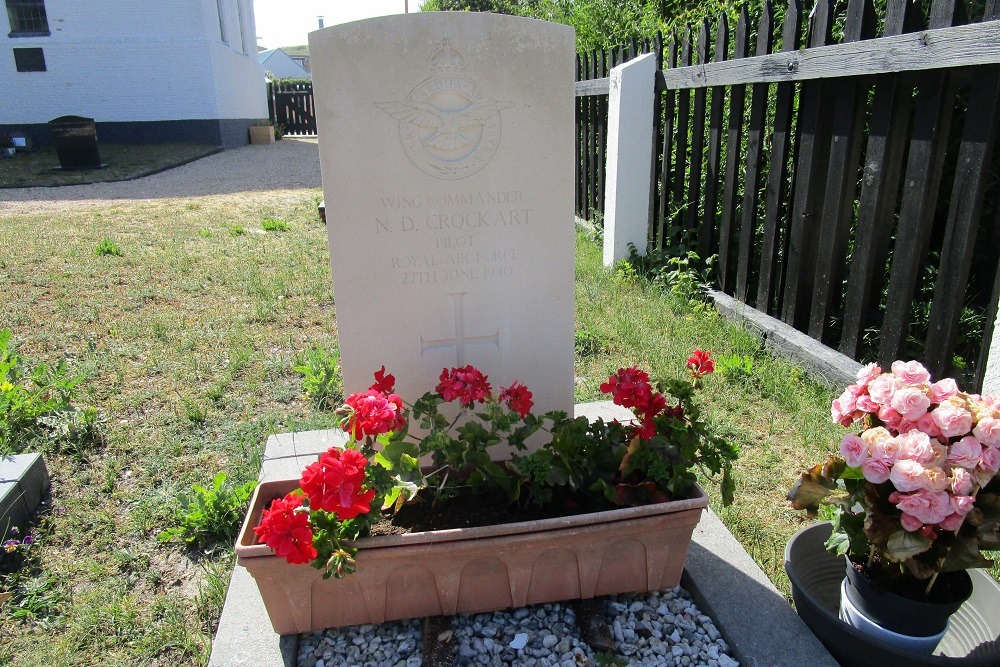 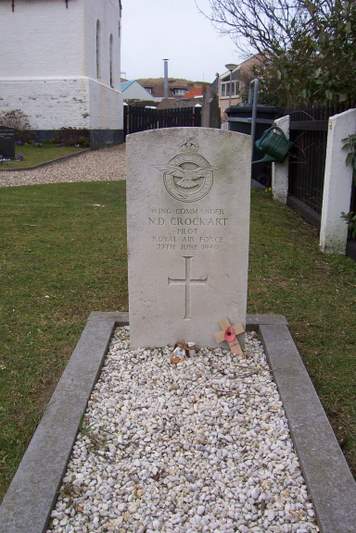 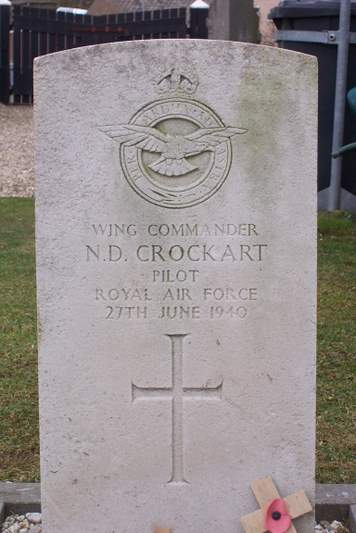 The Churchyard of Callantsoog contains one Commonwealth War Grave, this is the grave of the British pilot Crockart David Norman.
At 22.15 on June 26th 1940 from Waddington airbase in England the Hampden MK1 P1329 of the 50 sqn of the Royal Air Force took off with four crewmen on board. Their mission was the strategic bombing of the airport in Hannover (Germany). For an unknown reason one of the engines turned out, this was transmitted to the base. At 3.59 on June 27th 1940 the base received the message Going-down, after this message the plane crashed into the North Sea.
There were no survivors, the pilot Crockart David Norman is buried in this churchyard in Callantsoog.
Sgt John Dennis Ingram Allen is buried in the cemetery of Norre Havrvig in Denmark. The other two crewmembers F / S William Joseph Thomas Southey and Sgt Eric Howard McKenzie Turner were never found, they are commemorated on the Runnymede Memorial.