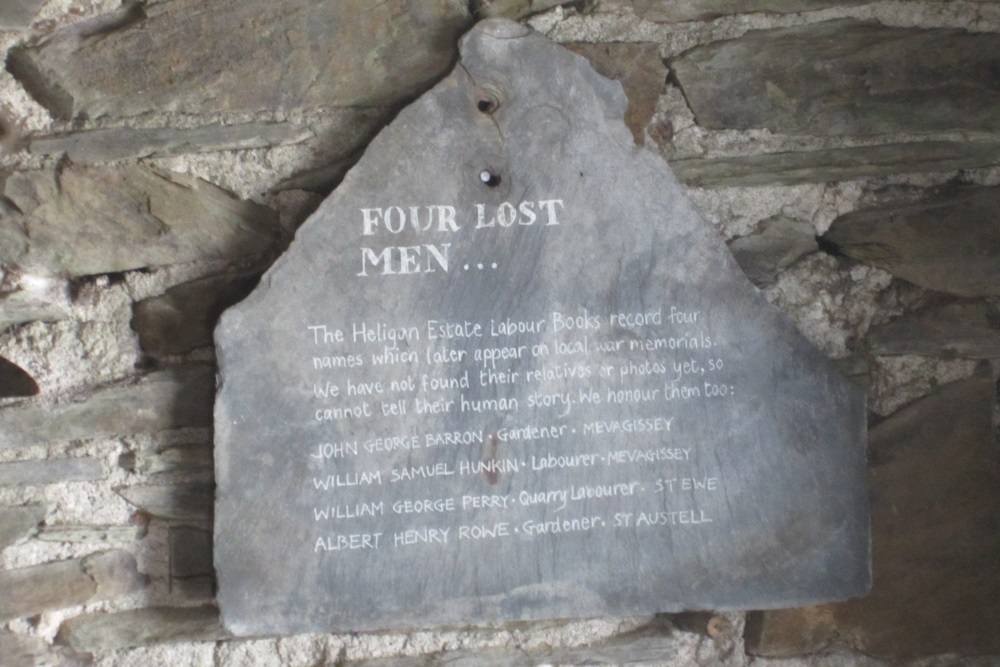 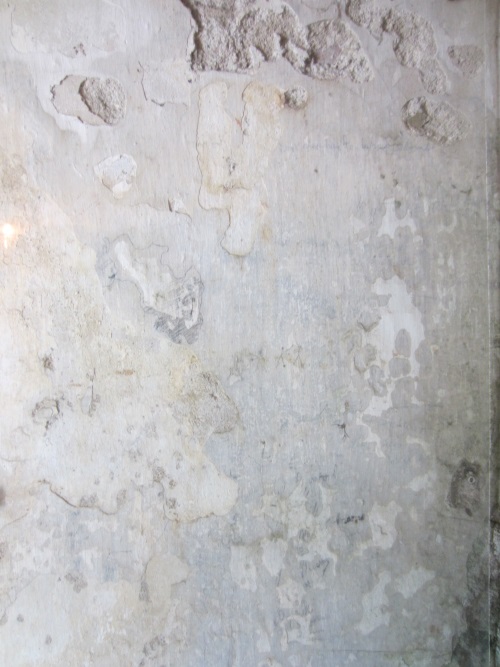 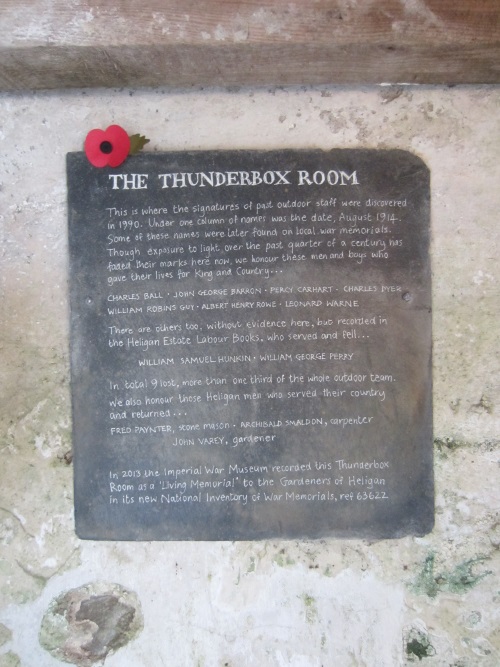 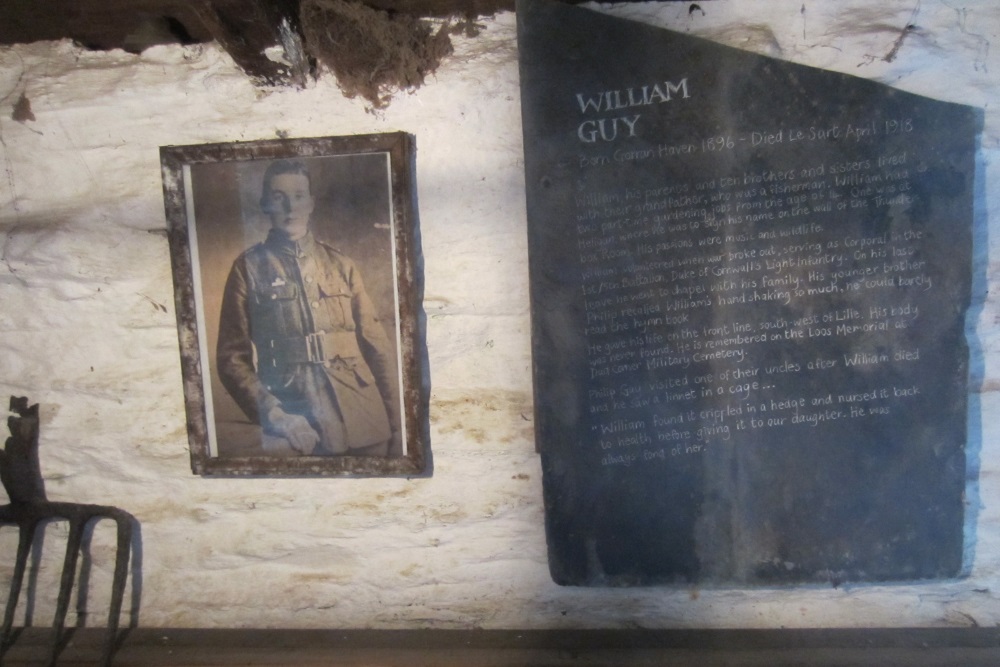 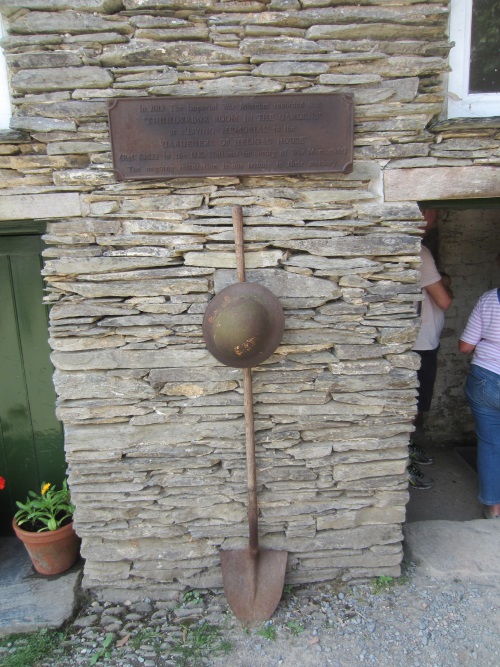 The gardeners of Heligan House are commemorated within the gardens, including their signatures on the wall of the "Thunderbox", which was signed shortly before they left for the war in August 1914.

The Thunderbox Room
This is where the signatures of past outdoor staff were discovered in 1990. Under one column of names was the date August 1914. Some of these names were later found on local war memorials. Though exposure to light over the past quarter of a century has faded their marks here now, we honour these men and boys who gave their lives for King and Country...

There are others too, without evidence here, but recorded in the Heligan Estate Labour Books, who served and fell...

In 2013, the Imperial War Museum recorded this Thunderbox Room as a 'Living Memorial' to the Gardeners of Heligan in its new National Inventory of War Memorials, ref 63622.