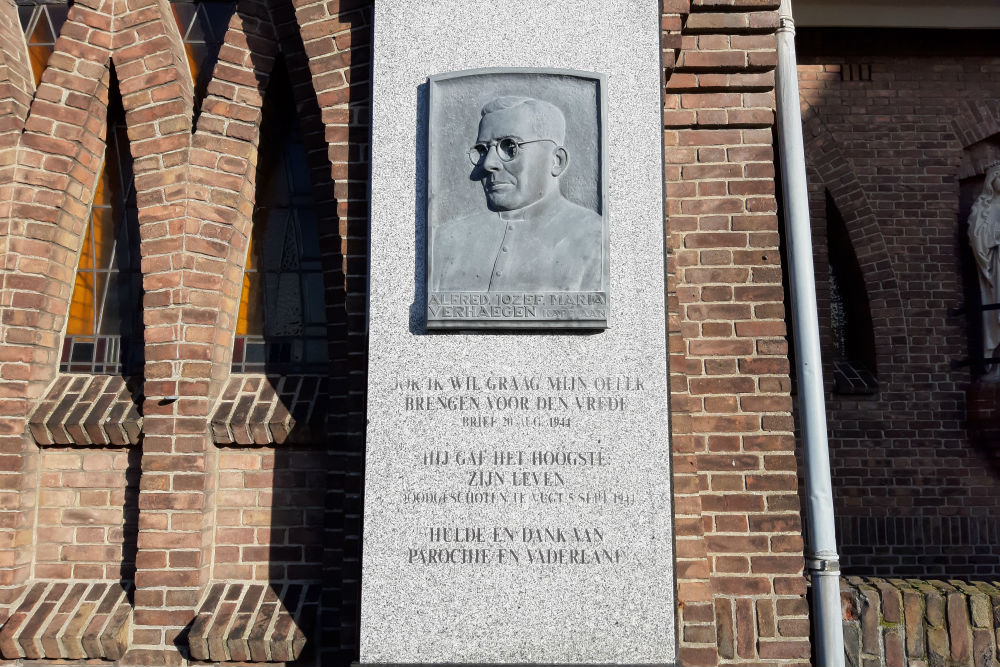 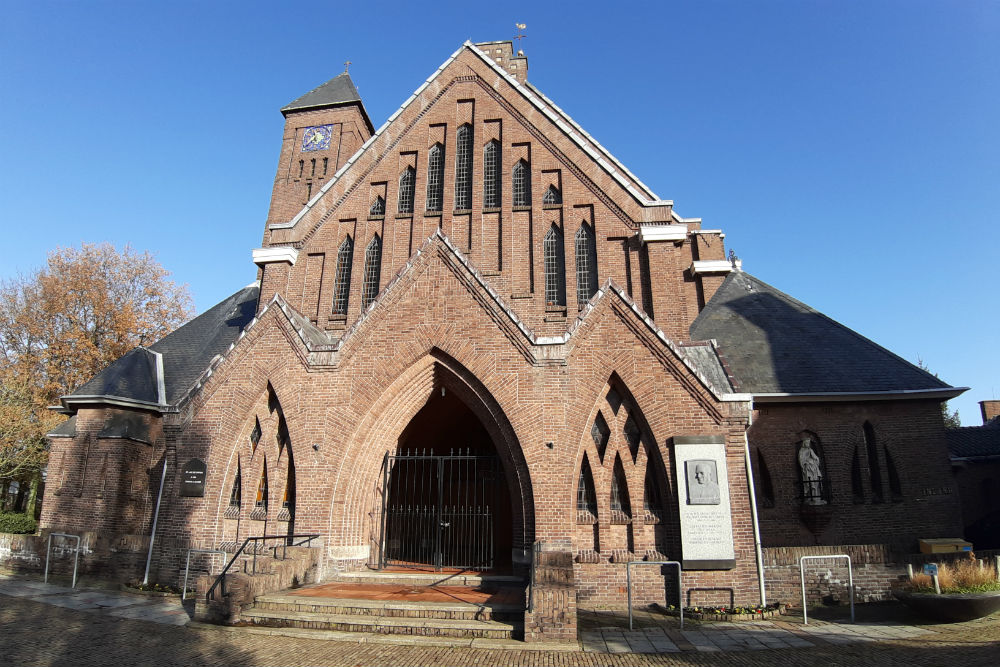 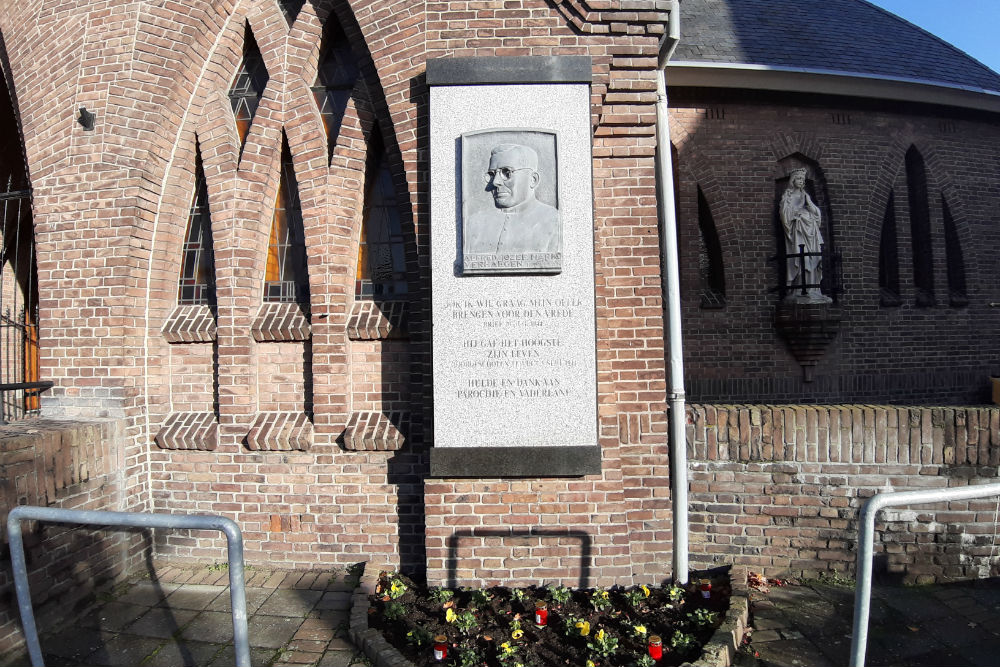 At the St. John the Baptist Church in Hoeven this monument is added. It commemorates Chaplain Alfred Verhaegen. Sjef Adriaansen, a secret agent who was parachuted into the Netherlands from England, got help in the Netherlands from Alfred. From the parsonage in Hoeven, Sjef sent messages to the Allies. The transmitter of Sjef was located by the Germans and Sjef and Alfred were both arrested. Both men were placed in Camp Vught. On September 5th 1944 the Germans shot a number of resistance fighters including Sjef Adriaansen and Chaplain Alfred Verhaegen. Alfred was 37 years old.

On the memorial is the following Dutch text (translated to English):
ALSO I WANT BRING MY
OFFER FOR PEACE
LETTER AUG 20th 1944

HE GAVE THE HIGHEST:
HIS LIFE
EXECUTED AT VUGHT 5 SEPT 1944

TRIBUTE AND THANKS FROM
PARISH AND COUNTRY