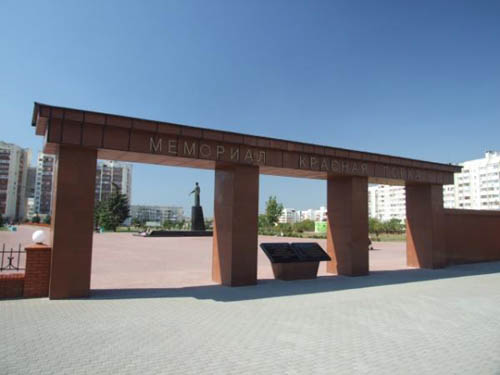 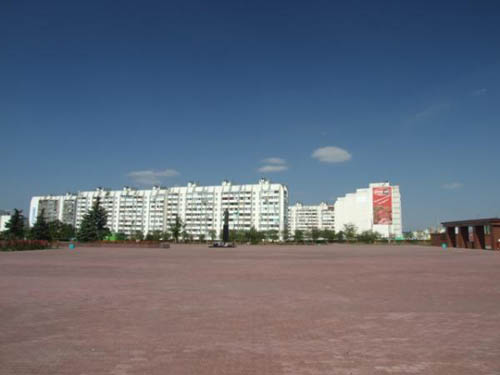 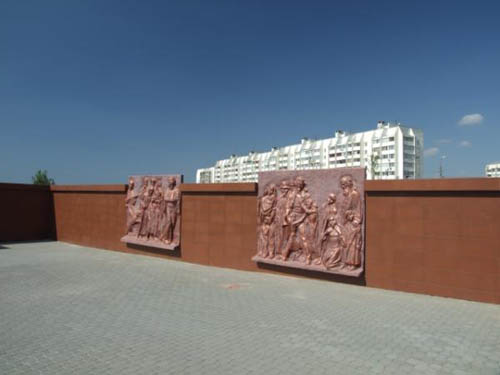 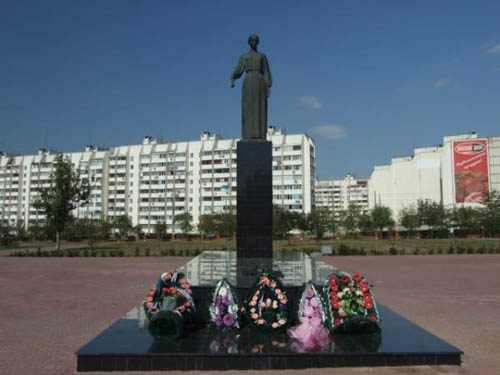 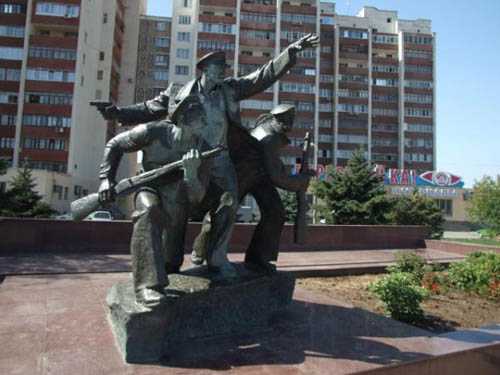 On 5 January 1942, 700 Soviet marines landed at Jevpatorija to break the siege of Sevastopol. They fought the Germans for 3 days until the last Soviet resistance seized to excist. Of the 700 marines, 600 were killed in action. The German losses are unknown. 12.640 civillians were executed by the Germans shortly after the assault and buried in a tank ditch.

This memorial complex was erected after the war in memory of the landing and the massacre. Both the murdered civillians as the 600 marines are buried here in 2 mass graves.