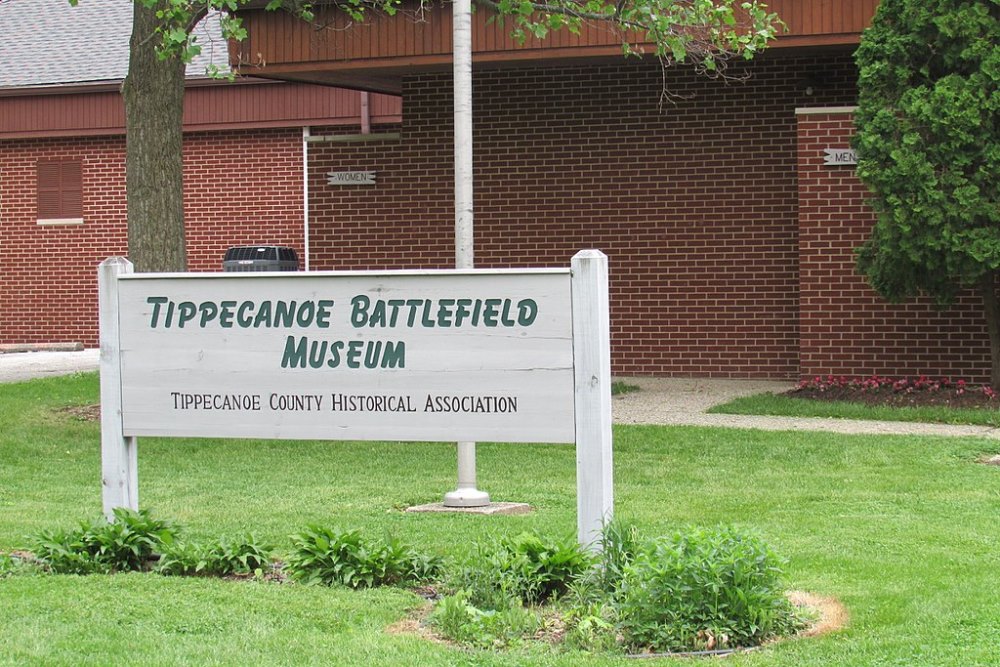 This museum in Tippecanoe Battlefield Park is dedicated to the Battle of Tippecanoe, and the the historical and geopolitical context of the battle which leads to the War of 1812.
The Battle of Tippecanoe took place on 7 November 1811 between American forces commanded by Governor William Henry Harrison and a confederacy of Indian tribes led by Tecumseh and his brother Tenskwatawa (also known as "The Prophet"). The battle resulted in an American tactical victory. On the American side, 63 were killed and 126 wounded, on the Indian side, 50-65 were killed and 70-80 wounded..
The Indian violence led to accusations from the Americans to the British who had supported the Indians with money and ammunition. This was a catalyst of the War of 1812, which began a few months after the battle.