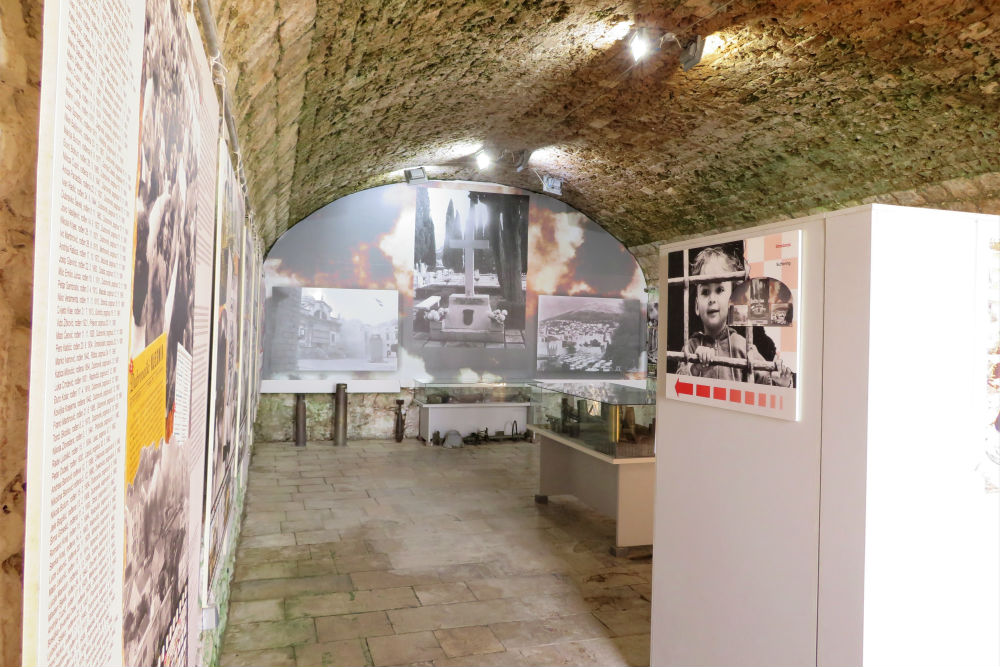 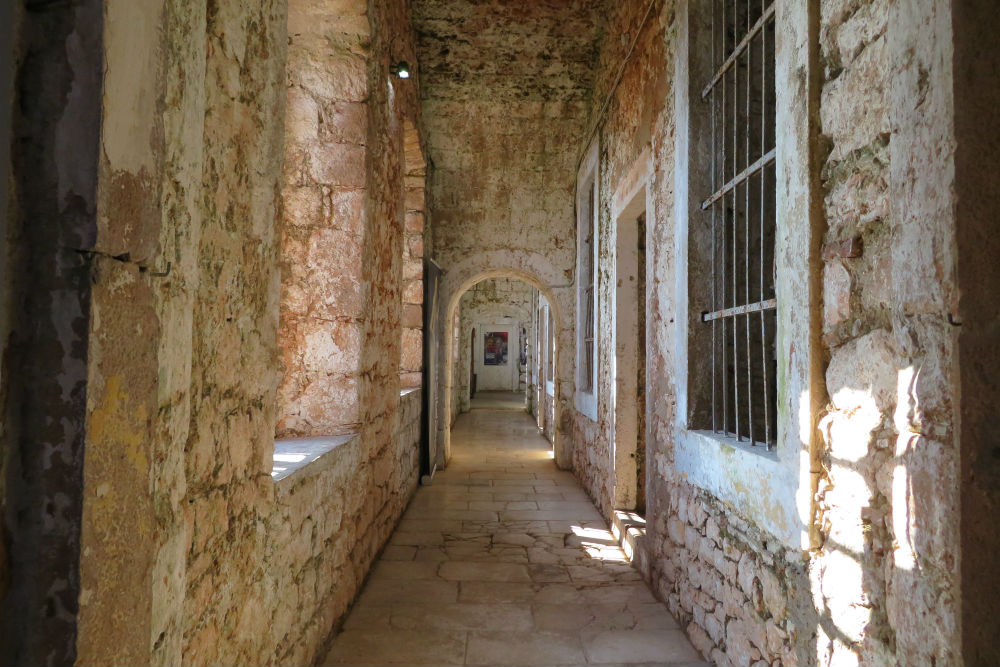 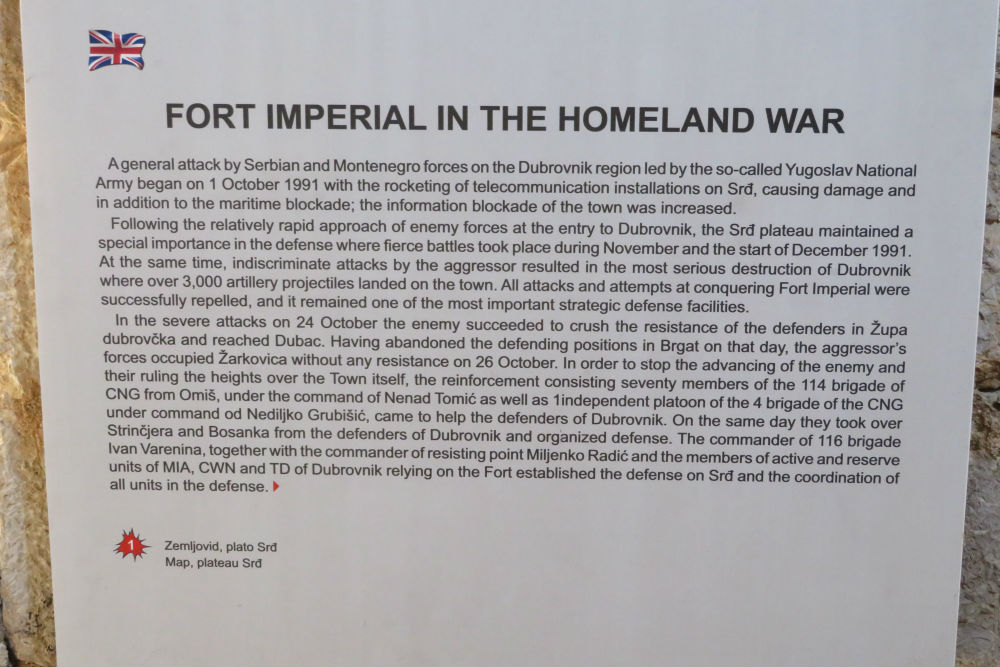 The Napoleonic Imperial Fort located on top of Mount Srđ was constructed 1806 during the French occupation of Dubrovnik. It was completed in 1812, on August 15, Napoleons birthday. Today it houses a small but interesting museum relating to what the Croatians call The Homeland War (1991-1995). A cable car from the Old Town of Dubrovnik takes you right to the top of the hill.

During war, the fort was defended by Croatians having been attacked by forces of the Jugoslav National Army comprising of Serbs and Montenegrins.

There are two memorials atop the hill. One is an elaborate monument commemorating ROBERT ISUVIĆ, which reads "With love and respect from the family and members of the 163 Brigade". There is also a simple plaque attached to the external wall of the fort with the inscription reading "In memory of the Croatian defenders".