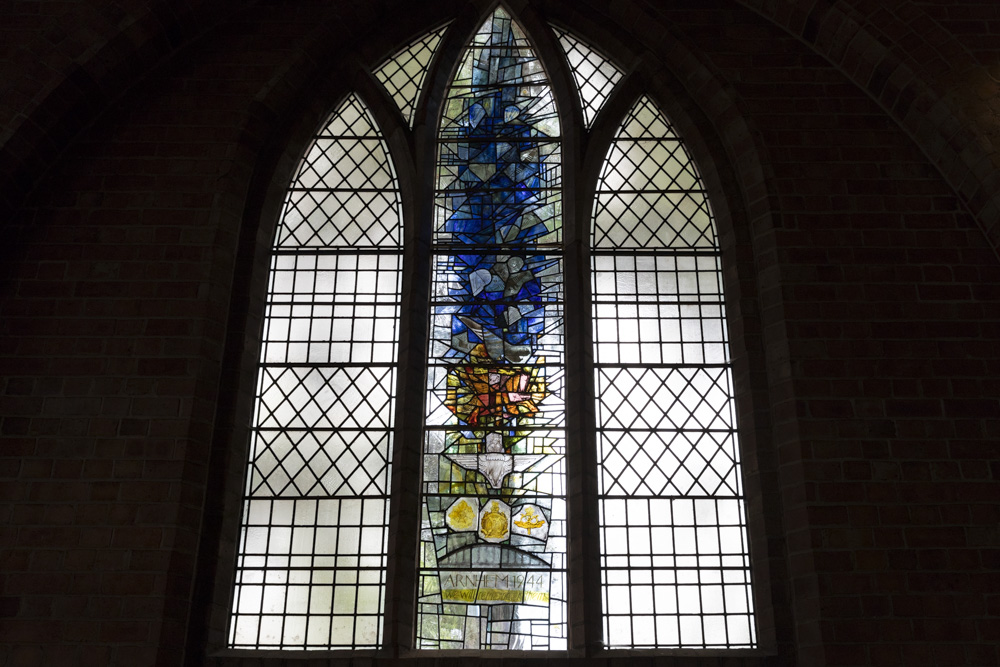 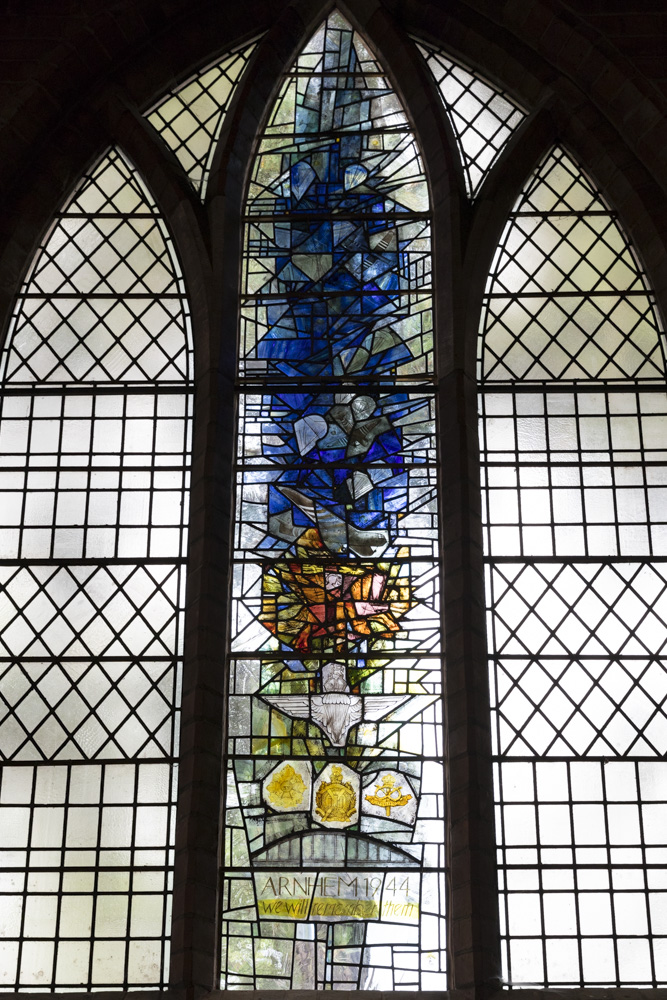 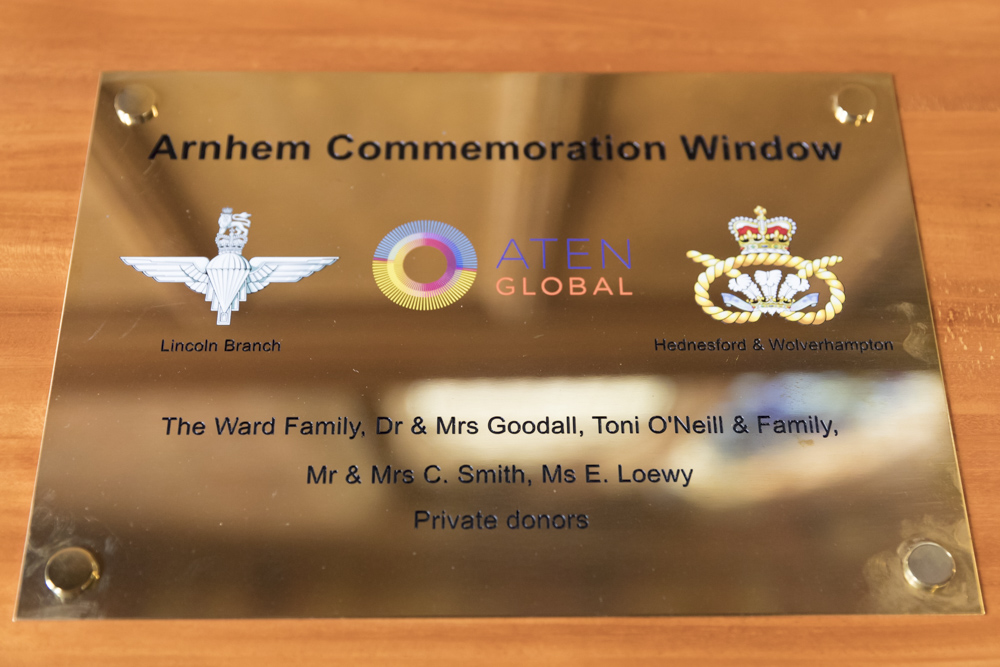 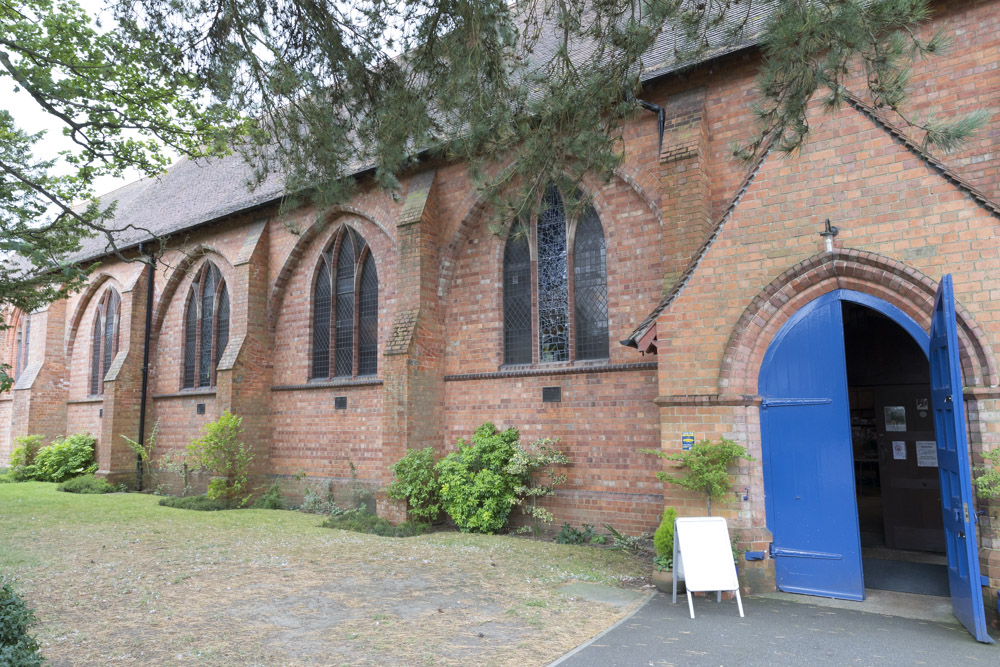 These three battalions were based in Woodhall Spa during 1944 and left there to participate in the Arnhem landing in September of that year.

This window commemorates the 75th anniversary of a deeply significant engagement in British military history. Allied forces, the regiments already mentioned and men of the Polish and British Regiments showed significant courage in battle with the loss of many fallen comrades in September 1944.

The window is designed and made by Glenn Carter