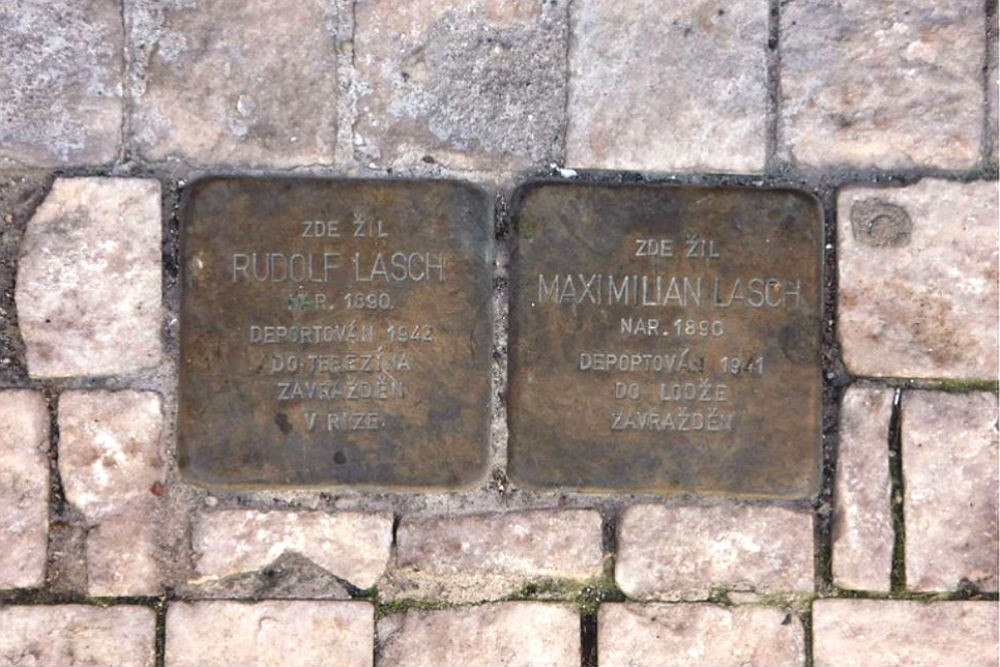 Rudolf Lasch and his wife Pavla Laschova (b. 1899) lived at this address with their two daughters, Mariana (born 1921) and Hedvika (born 1926). No other information was found about their lives before the war. All four were on the same Transport Ba on 10 August 1942 from Prague to Theresienstadt. They stayed there only 10 days before all four were deported again to Riga on 20 August. None survived. No reason was found for the absence of stolpersteine for Rudolf Laschs wife and daughters.

Dr. Maximilian Lasch was a professor. He was married to Edith Edita Morgenshtern (b 1905). No information was found on any children or about their lives before the war. They were deported on the same Transport B on 21 October 1941 to Lodz. Neither survived. No stolperstein was seen for his wife.

The relationship between Rudolf Lasch and Maximilian Lasch was not found.