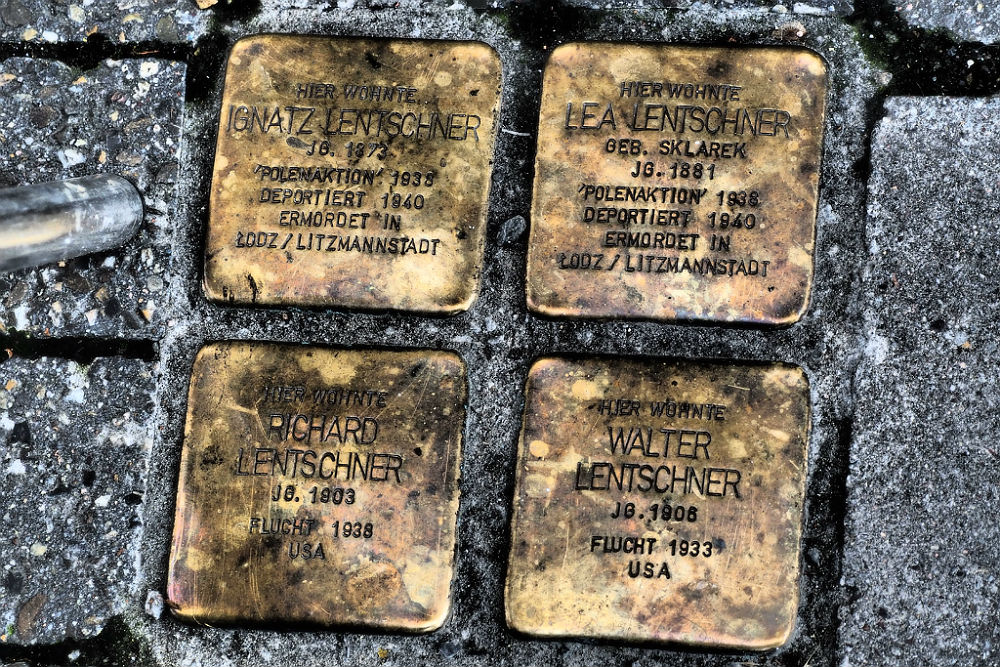 Ignatz Lentschner, born in the Ukraine, and Lea Sklarek, born in Poland, married and had two sons, Richard and Walter. Ignatz was a businessman  the owner of a furniture shop with 14 employees. Walter was his managing director. With the anti-Jewish laws, Ignatz had to leave his business at the end of 1933, and the next year he had no further income.

Walter Lentschner is said to have emigrated to the US in 1933. His niece, however, said he was interned at Camp des Milles as an undesirable (Jew and dissident) until March 1941, when he emigrated to the US. In 1970 from a New York City address, he submitted written testimony to Yad Vashem about his parents.

In 1936, Ignatz and Lea Lentschner were probably forced to move to another Stuttgart location. In 1938, Lea and Ignatz were exiled from Germany as part of the Poland Action. They were deported to Lodz/Litzmannstadt in 1940, and traces of them were lost. They were officially declared dead in May 1945.