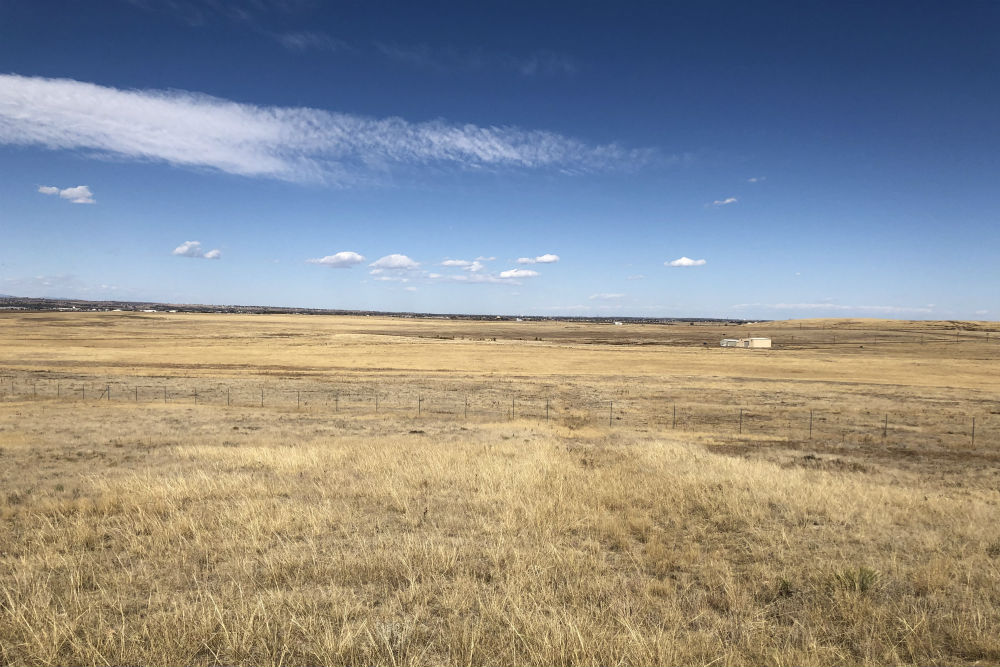 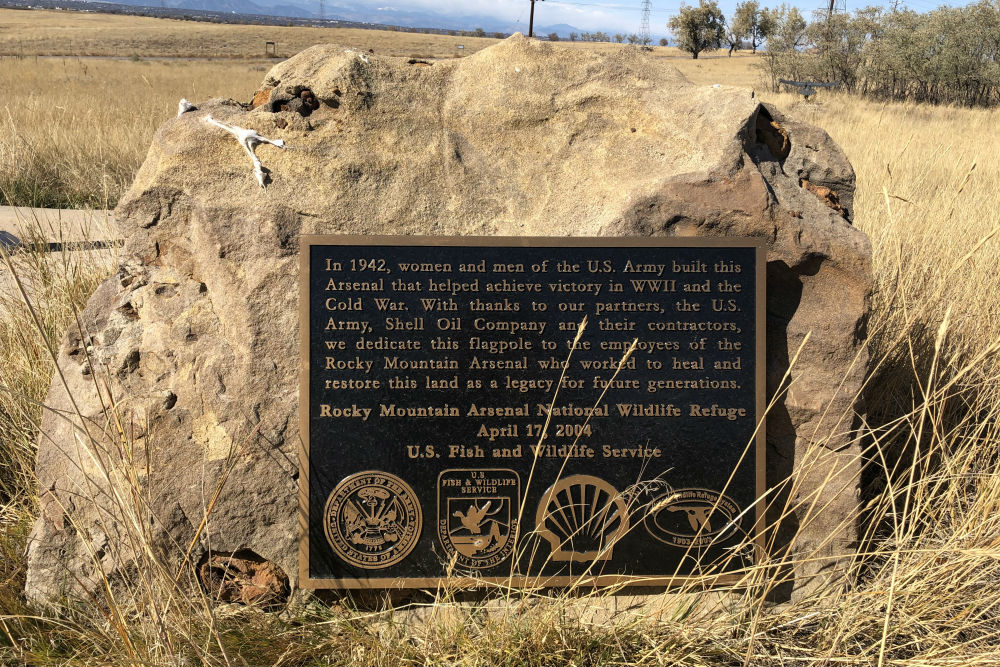 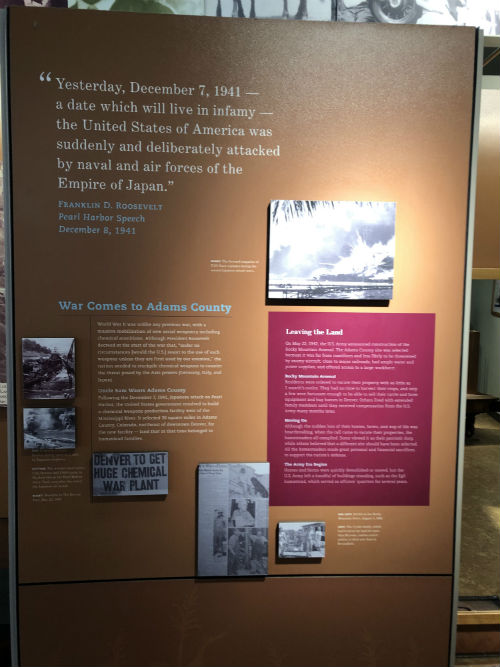 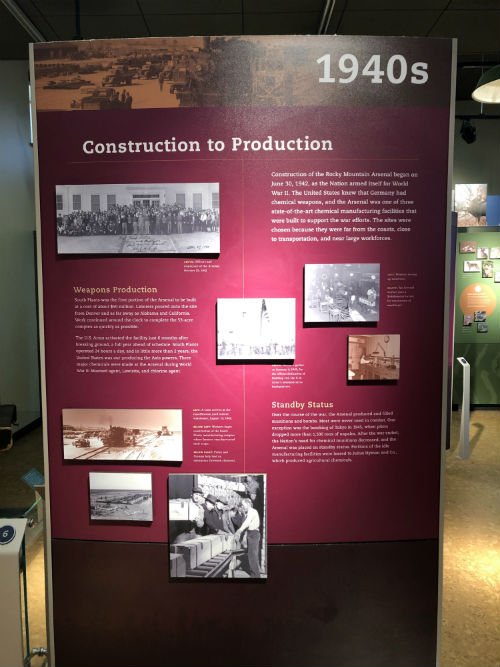 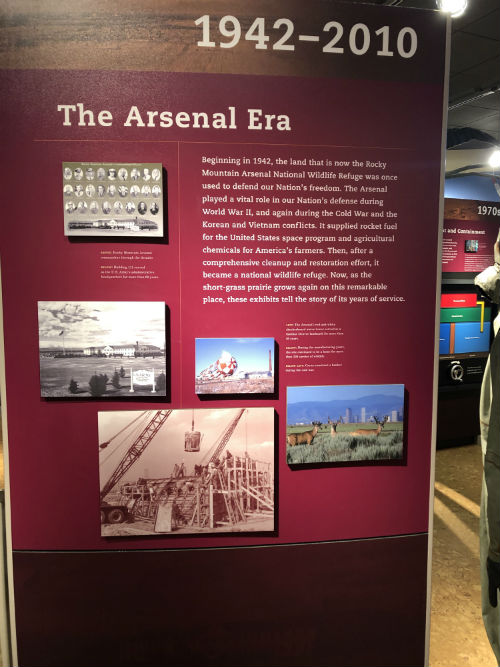 On May 2, 1942, the US Army east of Denver purchased 19,883 acres of land to set up the Rocky Mountain Arsenal. The construction of the 50 million USD military installation began on 30 June 1942.

In the first instance, mostard gas and lewesite gas were produced here. Later napalm was also produced. This was used on the attack on Tokyo on 9 and 10 March 1945 when 1500 tons of napalm were dropped.

There was also a POW camp from November 6, 1943 to April 1, 1946. The location of the POW camp was on Rose hill where later the north-south runway of Stapleton Airport was built. There are currently homes on Rose Hill.

In 1992 the location was closed and a start was made to turn it into a wild reserve.