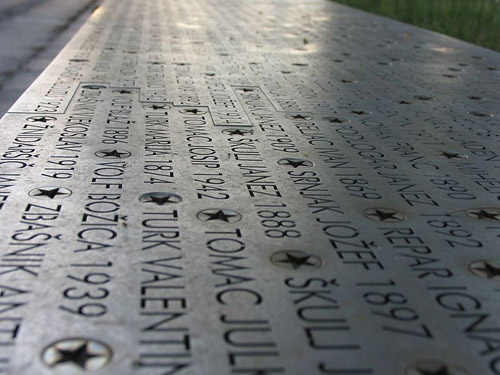 Italian concentration camp located on the island of Rab. This camp was established in early 1942 with the main objective to eliminate dangerous elements among the Croatian population.

The concentration camp Rab held Slovens, Croats and Jews. Most of them were victims of random razzias organised by Italian troops. Life conditions at Rab were horrible. Disease and lack of food were the main causes of death among the camp prisoners. Recent research shows that 4.641 people perished in concentration camp Rab.

After the fall of Mussolini, the camp was closed in September 1943. The majority of Jews from the camp were evacuated to partisan-held territory. 204 sick and elderly people were left behind and still deported by the Germans to Auschwitz.

Since 1955, a memorial park is established on the former camp location.