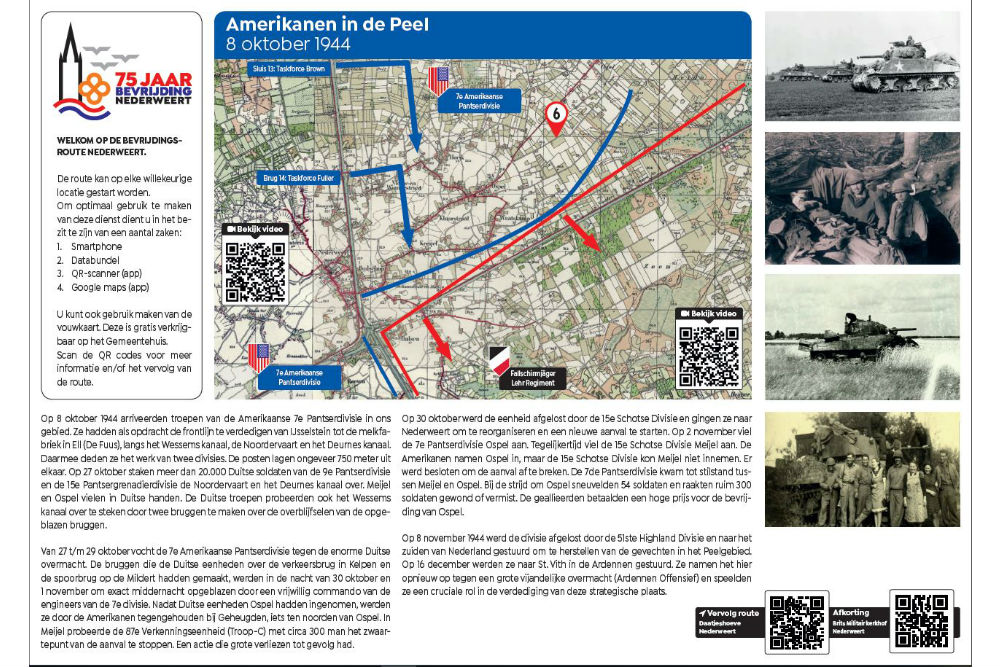 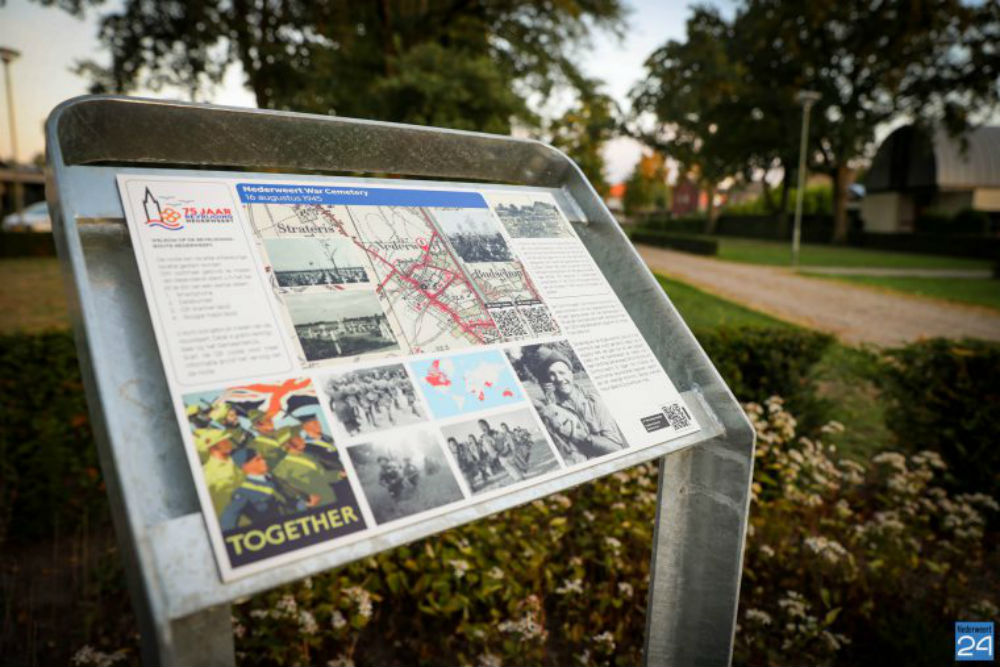 On October 8, 1944, troops from the American 7th Armored Division arrived in our area. Their task was to defend the front line from IJsselstein to the milk factory in Ell (De Fuus), along the Wessems canal, the Noordervaart canal and the Deurnes canal. They did the work of two divisions. The posts were approximately 750 meters apart. On October 27, more than 20,000 German soldiers from the 9th Armored Division and the 15th Armored Grenadier Division crossed the Noordervaart canal and the Deurnes canal. Meijel and Ospel fell into German hands. The German troops also tried to cross the Wessems canal by making two bridges over the remains of the blown up bridges.

From 27 to 29 October the 7th American Armored Division fought against the enormous German force majeure. The bridges that the German units had made over the traffic bridge in Kelpen and the railway bridge on the Mildert were blown up at exactly midnight on the night of 30 October and 1 November by a voluntary command from the engineers of the 7th division. After German units captured Ospel, they were stopped by the Americans at Memories, just north of Ospel. In Meijel, the 87th Reconnaissance Unit (Troop-C) attempted to stop the center of gravity of the attack with around 300 people. An action that resulted in large losses.

On November 8, 1944 the division was relieved by the 51st Highland Division and sent to the south of the Netherlands to recover from the fighting in the Peel area. On December 16, they were sent to St. Vith in the Ardennes. They once again took on a major enemy force (Ardennes Offensive) and played a crucial role in defending this strategic location.