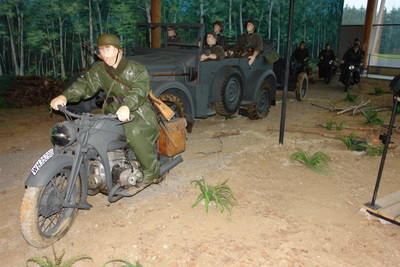 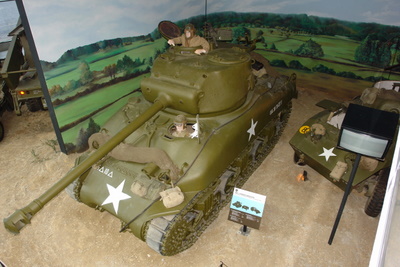 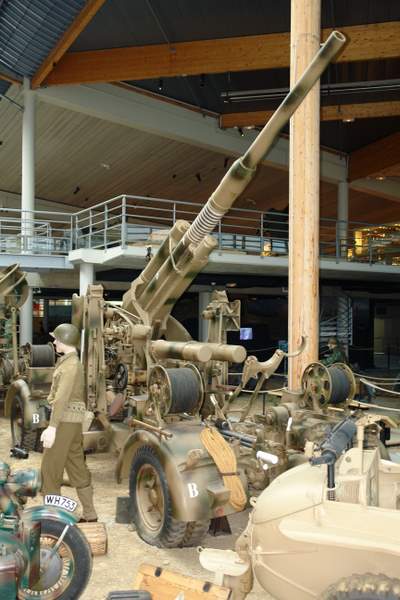 The Musée Guerre et Paix en Ardennes (The Museum of War and Peace in the Ardennes) relates the history of the Ardennes (France) in the period between 1870 to 1945. From the defeat of the French Empire in Sedan in 1870 till the war actions during the Second World War. The Ardennes have often been at the centre of the European disagreements.

The museum is a marvelous building of 4000 square meters (approx 43000 sq ft). It consists out of two areas that compliment each other. At the ground floor 10 sceneries of the last three conflicts that have taken place in this region are exposed. These sceneries are beautifully animated by audio visual aids. Every scene is depicted by a videotape that informs the visitors about its history which by means of audio sets are perfectly explained in French, English, German or Dutch. On the first floor the development of military weaponry and equipment from 1870 to 1945 is being exposed in many glass show cases. Also here every showcase has been provided with audio guidance. Six videos on relevant subjects can be watched.

Furthermore the museum contains a relaxation area as well as a bookshop that both enable the visitor to relax from his discovery tour.
The scars of history:

1870
In July 1870 Napoleon III launches France hurriedly into a war against Prussia which is quickly being joined by the remaining German states. A month later this adventure ends tragically in Sedan where the French troops suffer a devastating defeat, marking the end of the empire. It is the beginning of the Third Republic.

1914  1918
Only the heavy ordeal of the First World War enables to recover somewhat from the wounds suffered at Sedan. During this period the department of the Ardennes is being occupied by the German Army, which represents a little known period that in this area still reminds of many a hurting memory.

1939  1945
In May 1940 the German forces decide to attack France from the group of Ardenne heights, which led to an unequivocal disaster in the history of France. Suffering from a status as restricted area, the Ardennes are subdued to four years of war until they are finally liberated by the American troops.

As of 2018 the museum has been reopened after a renovation.