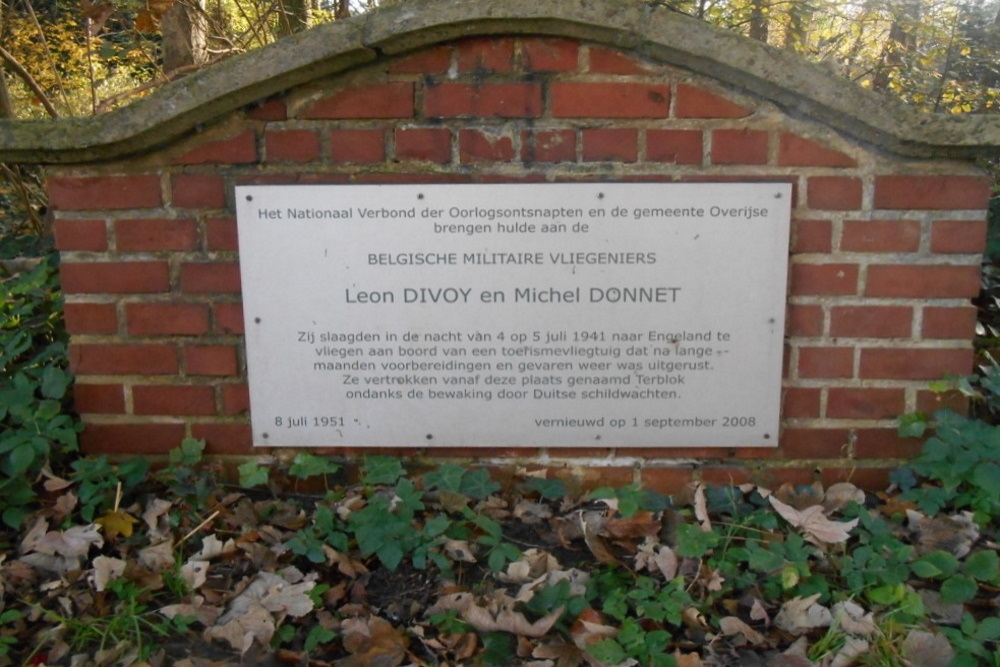 This monument located in front of the entrance to the pedestrian tunnel, near the Prince Leopold home in Sint-Jansbergdreef in Overijse commemorates the exploitation of the Belgian military airmen Leon Divoy and Michel Donnet.

The text on the monument: "They were able to fly to England on the night of 4 to 5 July 1941 on board a tourism aircraft that was rested after long months of preparations and dangers. They departed from this place called Terblok in spite of being guarded by German sentries".