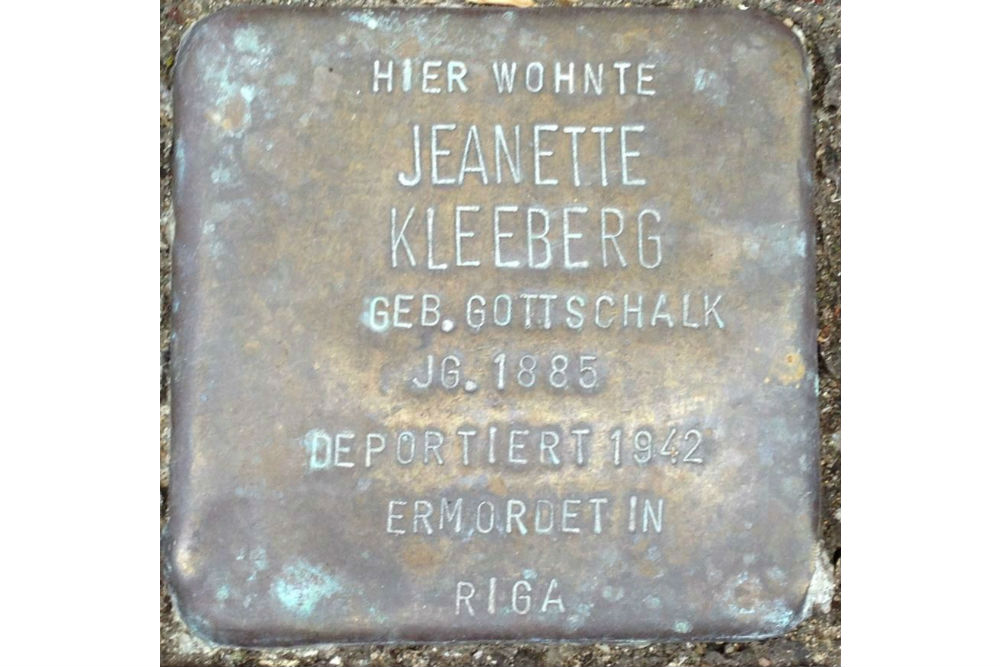 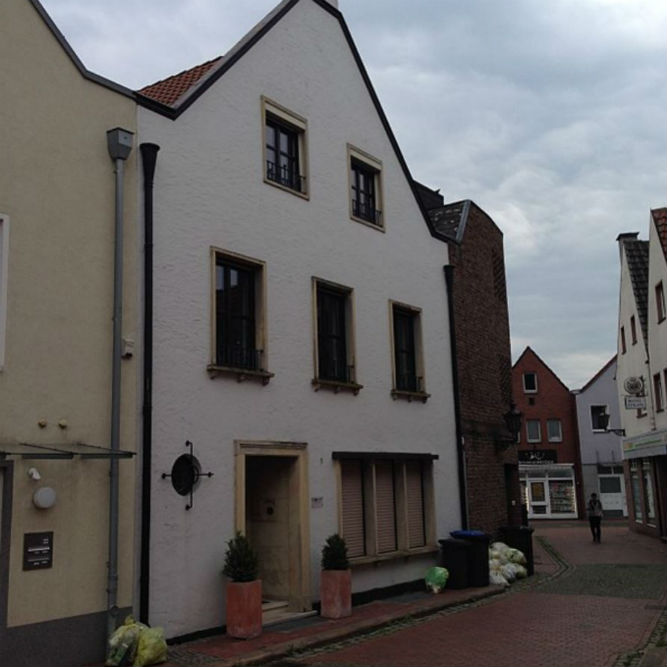 Jeanette (Jenny) Kleeberg, a German citizen, was the widow of Hermann Kleeberg. According to her niece, they had no children. She was in the group of the last five Jews in Haltern who were taken to nearby Recklingshausen and then deported from Gelsenkirchen-Dortmund on 27 January 1942 to the Riga ghetto. Of the 900-1000 people on that transport, only 121 are known to have survived the war. Jeanette Kleeberg was not among them. She was "verschollen" -- lost, presumed dead.