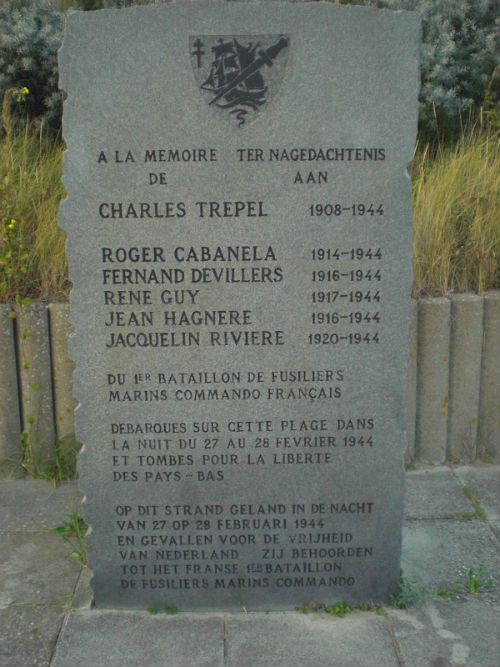 In the night of 28 February 1944, six French commandos were dropped on the beach of Wassenaar to check out the German defenses of the Atlantic Wall on this location. They left from Great Yarmouth and would be picked up one day later. The action failed but it is unknown how. The bodies of the six washed on the beach and were buried by the Germans as "unknown English airman".

The commemorates those French commandos, a memorial was erected at the Wassenaarseslag. Every year there is a small ceremony.